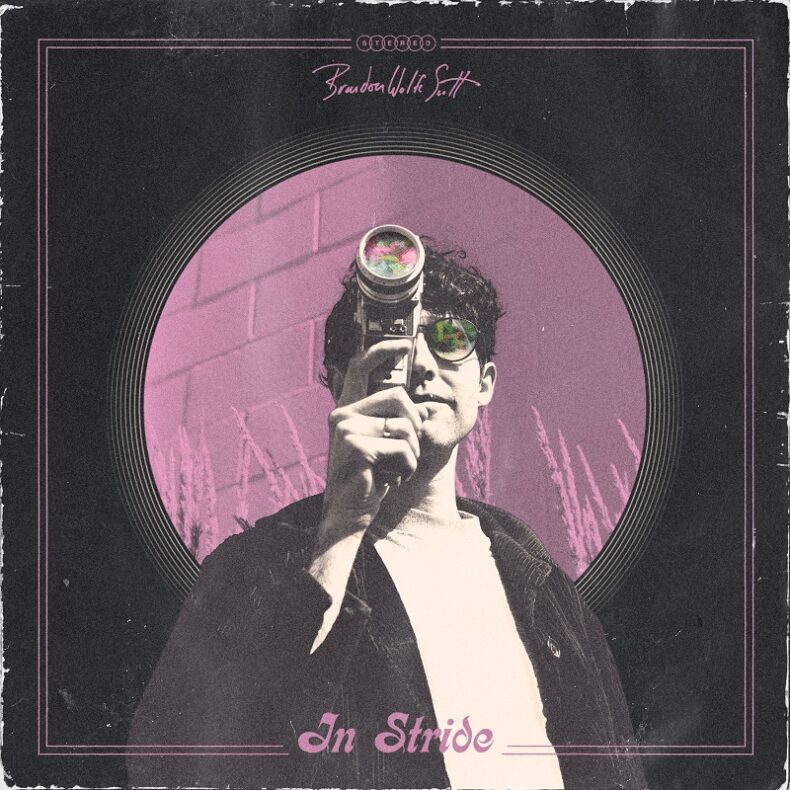 Brandon Wolfe Scott is a singer songwriter based in Vancouver, Canada. His third EP titled Slow Transmission, is set to be released in the Spring of 2023 via Dine Alone Records. The self-produced body of work highlights the facets of complex emotions created when navigating a new space and developing new bonds. “This project has at times felt Sisyphean, endlessly pushing my boundaries – both personal and creative.” Brandon adds; “ Challenged by the balance between the intimate and the public, Slow Transmission explores themes of being in a relationship with one’s inner demons.”

The album features five original songs, including lead single “Fade Out” and the single, “In Stride”, which provided Brandon a means to share about his anxiety and his struggle with sleep through his music. ”I am regularly up at 3 am on the dot, wide awake with my mind spinning for hours on end;” shares Brandon. “I wanted this song to encompass that feeling of being stuck in your own thoughts with a fear of what tomorrow might bring, trying to navigate a life that is fast paced with inadequate energy.”

Shortly before the pandemic Brandon and his partner moved into an idiosyncratic heritage suite in the expensive city of Vancouver, and soon found himself confronted with significant changes in his life. The urban garden attached to the apartment became a meeting place for his community, but more importantly, was the initiator in building an influential friendship with the family living above him. The excited sounds of the young children echoing through the house and garden, contrasted with Brandon’s need for quiet space to record, and provided the climate in which these new songs were created.

Further, this new suite had a small, walk-in closet space which was quickly converted to a studio and jokingly, lovingly, nicknamed ‘The Stable’. The Stable was immediately utilised and Brandon started recording friends’ projects as well as his own. This led to several collaborations and to Brandon inviting many of these musicians to record on his own tracks.

Slow Transmission is the follow up to his 2020 EP, Burden On Your Shoulders (Dine Alone Records). The EP gained him nationwide recognition and cemented in the public eye his talents as a songwriter, engineer, and producer. Notable collaborations include co-writing and producing with Stacey on her debut album Saturn Returns released in May of 2021.

Brandon is best known as the guitarist and co-songwriter in the Juno Award nominated indie rock group Yukon Blonde. They released Vindicator – their 5th self-produced album in November 2020.

by SPILL NEWS on December 16, 2021
YUKON BLONDE ANNOUNCE CANADIAN TOUR DATES BEGINNING THIS MARCH VINDICATOR OUT NOW VIA DINE ALONE RECORDS This Fall, Yukon Blonde returned to the road for a very successful short run of dates in their home province of B.C. Today, they’re [...]

by SPILL NEWS on July 6, 2021
YUKON BLONDE ANNOUNCE LIVE PERFORMANCES IN VANCOUVER AND VICTORIA VINDICATOR OUT NOW VIA DINE ALONE RECORDS Last year, Yukon Blonde released their fifth LP, Vindicator, but weren’t able to bring their own live performances of the record to fans [...]