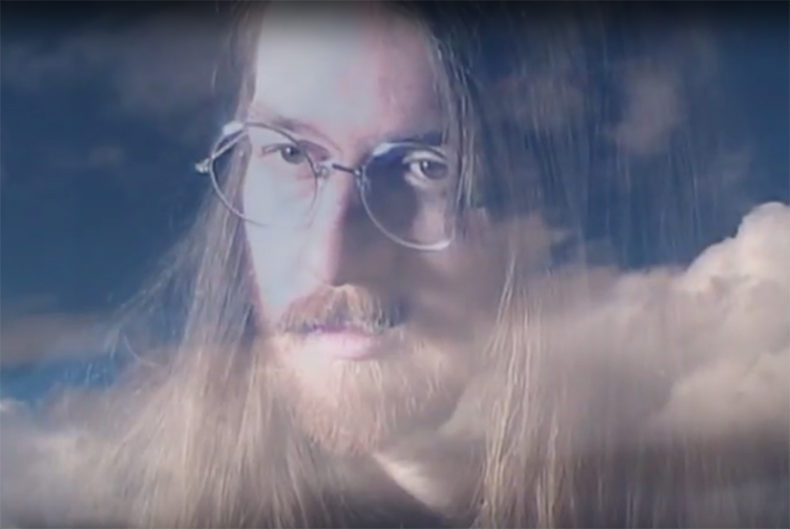 Toronto alt-rock quartet The Wooden Sky share the dreamy video for the title track of their new album Swimming in Strange Waters, out now via Nevado Music. The Wooden Sky are currently on tour with upcoming dates in Massey Hall, Toronto on June 23rd and Festival d’Été de Québec on July 7th.

Drawing its title from a line in Frank Herbert’s 1965 sci-fi novel, Dune – “Survival is the ability to swim in strange water” – The Wooden Sky’s fifth full-length record finds front man and multi-instrumentalist Gavin Gardiner matching personal experience against the increasingly bleak political climate we find ourselves in.

Director Jeff Bierk describes the process of making the video “I mostly work with still images, I guess you could say I’m a portraitist, and always with video, I’m drawn to the idea of a moving portrait. The other thing that I’m obsessed with is the sky and clouds – I’m someone who is always looking up in constant wonder. These were the two things that I wanted to bring together.”

“The foundation of this video is a very still frame, portraits, built up, layered, dancing with each other and with the sky – it’s very trippy when Gavin and Simon’s faces melt into each other, I think that’s my favourite part of the whole thing. That frame is then layered over top of a kind of chaotic, moving background, everything moves and morphs, all in an effort to match the different paces, and layers of the song.

The track first premiered on NPR, described The Wooden Sky as a “band that handles important subjects with psychedelic swagger and a depth of lyrical intelligence that is never too on-the-nose, but always powerful.”   Swimming in Strange Waters glimmers like a technicolored circus with warbling synths and organs, cyclical, vocoder-drenched gang vocals and a spoken word interlude, performed by The Highest Order’s Simone Schmidt reading from Herbert’s Dune Messiah.

John Angello (known for his work with Sonic Youth, Dinosaur Jr., Phosphorescent and Kurt Vile) mixed the album at Water Music in New Jersey. Around 95 percent of it was recorded to an old tape machine at Gardiner’s home studio, and the rest was done at Hotel2Tango in Montreal and at a Toronto church where multi-instrumentalist Walker’s father is the Anglican minister.

by Dan Kennard on November 1, 2019
Hunting Whatever You Need Nevado Music Five years ago, Hunting was the solo project of one Bradley Ferguson, putting out wistful, melancholy folk music. In the years since, with the addition of two new band members in Vancouver, vocalist [...]

by SPILL NEW MUSIC on September 26, 2016
ROYAL CANOE REVEALS NEW VIDEO FOR “BICYCLE” + ALBUM RELEASE TOUR CONTINUES THIS WEEK Nevado Music Royal Canoe’s latest album, Something Got Lost Between Here And The Orbit, was released last week via Nevado Records and the reviewers [...]
7.0