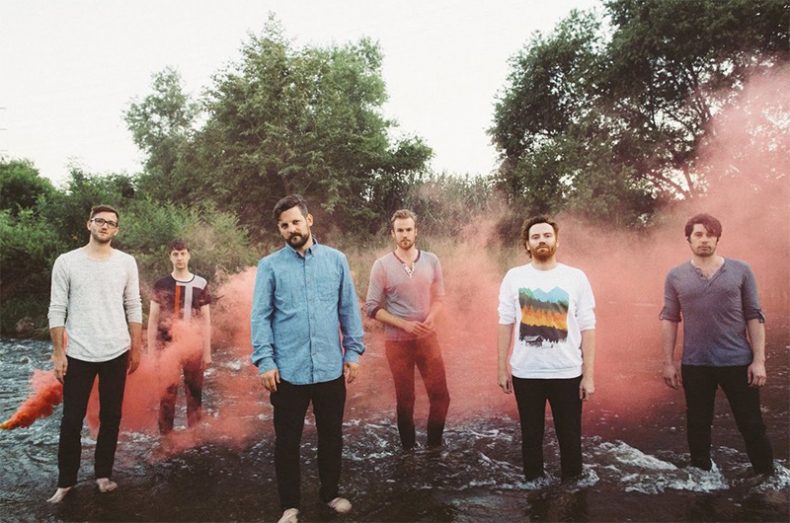 Last week’s Royal Canoe show at Lee’s Palace was an exceptionally challenging performance for the group to pull off. Just earlier in the week, the band experienced a substantial mid-tour tragedy as their trailer, containing all the band’s instruments and gear, was stolen. This terrible situation, which sadly seems to occur to way too many great bands these days, would be a devastating blow to any touring group. Anyone who knows Royal Canoe, though, and its extensive experimentation with electronic instruments, synths, modulators and pedals, would realize how much of a challenge its loss of equipment could be. After a cancelled St. Catharines show, and a mere few days of scavenging the area for replacement gear, Royal Canoe pulled it together for Toronto, and seriously killed it. If you had missed out on the news of their recent misfortunes it would be almost impossible to notice any differences in their live performance. Royal Canoe proved to us how quickly it can travel over a bump in the road. 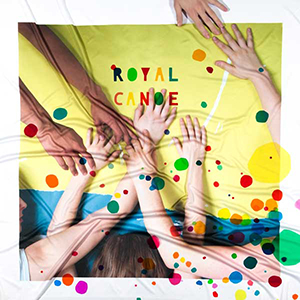 Opening the night with the first single from their new album Something Got Lost Between Here and the Orbit the guys launch right into “Somersault” and got the whole crowd moving immediately. It only takes about a minute for everyone to realize that we’re all in for a fantastic show, and that a band like Royal Canoe will deliver to its fans, no matter what bad luck might come its way. The guys never let the energy in the room drop for a minute, barreling through a varying setlist of upbeat Indie Dance tunes, moody electronic grooves, hypnotizing voice modulators, and infectious beats. Another track from the new release, the bouncing and energetic “Bicycle,” turned the place into the first full-fledged dance party of the night. A stripped down version of the groups tune “Today Were Believers” had the whole room shaking with it’s simplified rumbling bass line. This then launched us into another new track “Holidays,” another one to get the crowd moving with a trance-inducing groove rooting itself in a beat with strong Hip-Hop influences.

The night continued with nothing but great vibes, with both percussionists grinning at each other as they energetically played along in perfect synchronization, and vocalist Matt Peters danced to the beat as he transitioned from soulful falsettos to deep robotic vocals. The crowd screamed with excitement as the guys ripped into fan favourites such as “Bathtubs” and “Exodus of the Year.” Then a haunting rendition of the group’s eerie track “Nightcrawlin” finished off the night, climaxing with the whole group playing as hard as they could, beneath Peters’ powerful vocals soaring above the mix.

The crowd at Lee’s Palace may have been prepared to show love, even if the band’s recent misfortunes caused the performance to suffer; however, this was not the case. Royal Canoe blew its dedicated fans away, and it was clear that once the show was over the guys on stage had created enough positivity to forget that anything had ever threatened to slow them down.

Growing up in the dull suburbs of Southern Ontario, Elijah gravitated towards the city at a young age. With a healthy addiction to live music, and a constant itch for discovering his new favourite band, he finds himself happily submerged in Toronto's music scene. With his work appearing thus far in Sock Monkey Sound, and The Spill Magazine, he's going to keep this writing thing going for a while.
RELATED ARTICLES
lee's palacelive reviewnevado music