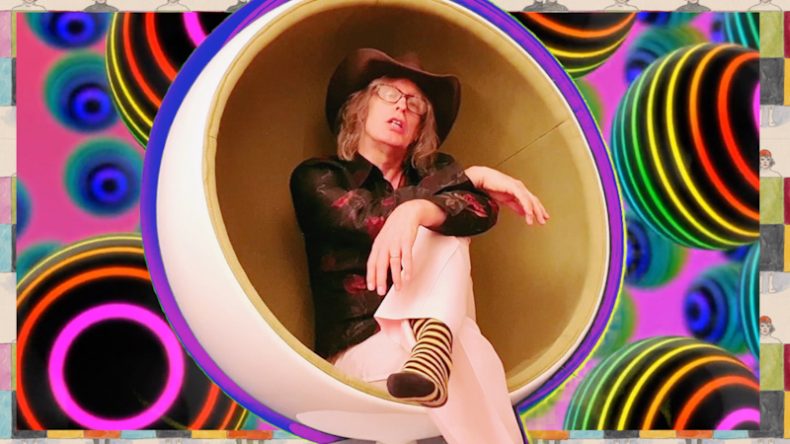 NEW ALBUM ALL SOULS HILL OUT MAY 6 ON COOKING VINYL

The Waterboys have dropped the trippy video for their new single ‘Here We Go Again’ – the third taste from their forthcoming new album, All Souls Hill, out May 6th on Cooking Vinyl. The album follows 2020’s critically acclaimed album Good Luck Seeker.

‘Here We Go Again’ is a rousing singalong whose freshness belies the lyrical subject matter. “It’s the idea we’re living through a communal Groundhog Day. We’re all looking at the news headlines, but nobody seems to learn the lessons,” Mike Scott said of the track. “As a culture we keep making the same mistakes. It’s a wry look at humans not being so smart – and yet I have good fun being one.” Watch the video for ‘Here We Go Again’ below or HERE.

All Souls Hill album is nine tracks of Waterboys brilliance, all mixed by Scott himself and co-produced with Simon Dine, who co-wrote and co-produced four critically acclaimed albums with Paul Weller. Announced off the back of the band’s recent sold out UK tour and box set ‘The Magnificent Seven: The Waterboys’ Fisherman’s Blues/Room To Roam Band, 1989-1990’, All Souls Hill is current, on the money social commentary, but with an air of hope.

“The album All Souls Hill is mysterious, otherworldly, tune-banging and emotional.” comments Mike. “I made it with Waterboys old and new and my co-producer, brilliant sonic guru Simon Dine. Its nine songs tell stories, explore dreamscapes, and cast a cold but hopeful eye on the human drama.”

The Waterboys’ phenomenal last record, their 14th studio album Good Luck, Seeker, was released last year to widespread acclaim from fans and critics alike. The Daily Telegraph hailed it as one of their cultural highlights of the summer whilst Uncut, Mojo, Classic Rock, Record Collector and more claimed it as one of the band’s greatest records.

The Waterboys
All Souls Hill
(Cooking Vinyl)
Release Date: May 6, 2022

by SPILL NEW MUSIC on February 2, 2022
THE WATERBOYS UNVEIL POWERFUL IMAGERY IN VIDEO FOR NEW SINGLE “ALL SOULS HILL” THE TITLE TRACK FROM THEIR BRAND NEW RECORD OUT [...]