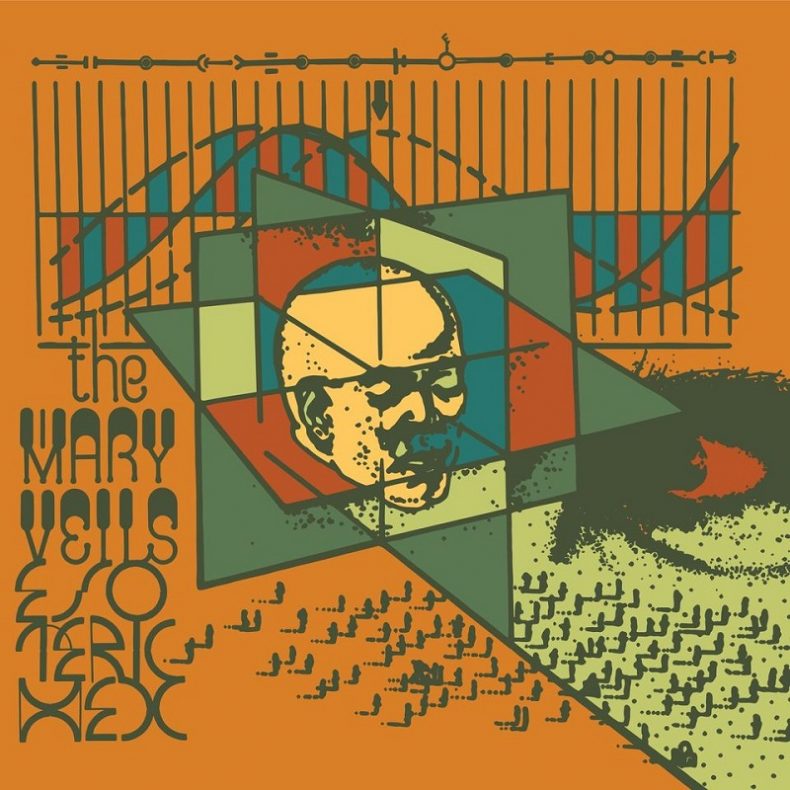 Tomorrow, Philly-based garage-rock quartet The Mary Veils share their brand new album, Esoteric Hex (via PNKSLM Records). The record — which is preceded by a number of singles including “Bone Blossom Green,” “Eyes,” and “Esoteric Hex” — is a rollicking punk-rock masterpiece, and the band’s first record as a foursome (as the project had initially been the solo project of frontman Brian Von Uff).

Taking their cues from the classic punk of New York Dolls, Johnny Thunders and The Dickies, as well as more contemporary influences like Osees and Hot Snakes, The Mary Veils’ musical DNA is one rooted deeply in the intersection between riffery and melody; the album walks a tightrope between the rock and roll fizz of opener “Bone Blossom Green” or the spiraling guitar scuzz of “A Tether,” and the psych-tinged, hook-driven likes of “Circled Omens” and “Fuzzy.” At the center of what makes Esoteric Hex tick, though, is the band’s hometown itself; as Von Uff explains, this is a love letter to Philly.

Esoteric Hex is due tomorrow, March 25 via PNKSLM Records.

“The songs on Esoteric Hex were made in the first two months as a band. These songs were the result of those first few practices in our extremely small practice room. Funny, now that I think about it, the walls in that space were orange like the album cover. We tracked it live to capture that sound as much as possible. We wanted it to sound like it would if you come see us play live. We wanted it to sound raw. An open wound. In Philly they say we speak what’s on our minds. We wanted that attitude to come across. Know nothing know it alls.” – Brian Von Uff, Lead Singer