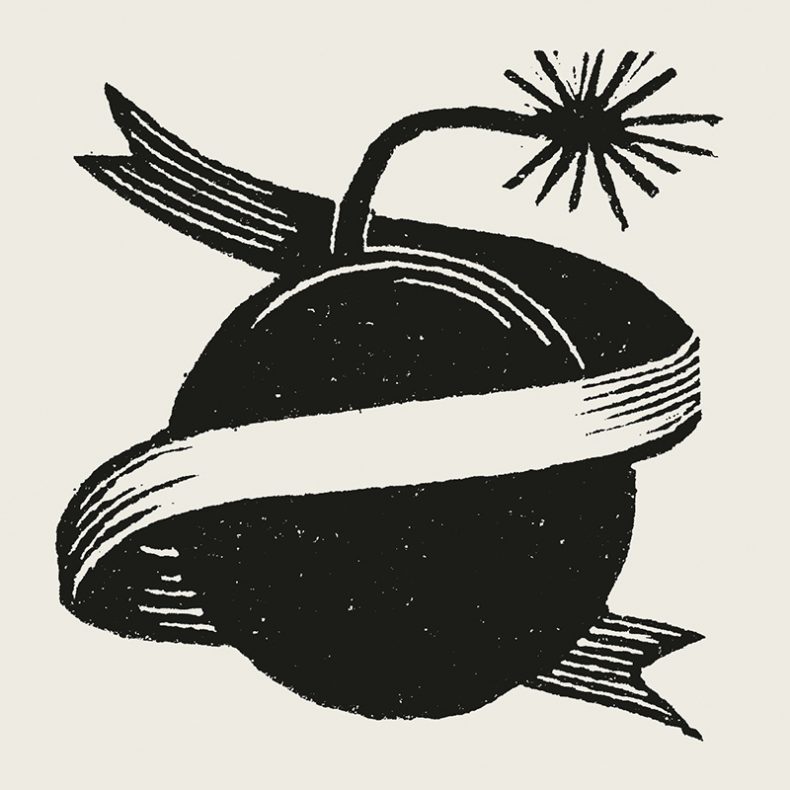 Acclaimed British band Blossoms return today, revealing their brand-new single “The Sulking Poet” and its accompanying video, directed by Edwin Burdis, Arctic Monkeys’ Creative Director, who worked on the band’s Tranquility Base Hotel & Casino and AM albums. “The Sulking Poet” is the fourth song to be released from the band’s upcoming new album Ribbon Around The Bomb, following ‘Care For,” “Ode To NYC” and the album’s title track. The album is set for release on April 29.

Speaking about “The Sulking Poet,” Blossoms’ Tom Ogden says: “I once saw a Blossoms fan page describe me as “The Sulking Poet” and I thought that was a great name for a song. I have been told that I need to smile more from time to time. This song touches on the imposter syndrome I’ve sometimes felt in the past. How did I get here? Do I deserve it? Should I be enjoying myself more?”

Currently gearing up to play a series of live shows and festivals in the UK this summer as well as a run of support dates with The Killers, Blossoms have also announced plans to return to the US with two shows confirmed in New York City and Los Angeles this summer. The band are set to play Irving Plaza in New York on August 16, followed by a show at Los Angeles’ iconic El Rey Theater on August 18. Tickets are on sale now.

These live dates follow successful SOLD-OUT headline runs in 2019 and 2017 — including critically acclaimed appearances at Coachella Festival in California and Lollapalooza in Chicago. For a list of all live dates and to buy tickets, please visit www.blossomsband.co.uk/tour/.

The band’s new album is produced by their consistent and renowned collaborators James Skelly and Rich Turvey. Standout tracks on the record include recent singles ‘Care For’ and ‘Ribbon Around The Bomb,’ as well as ‘The Writer’ which deals with the fear of and frustration associated with writer’s block and ‘Everything About You,’ one of the album’s only love songs, which Tom says is “as honest as they come.” ‘Visions’meanwhile contains one of the album’s key lyrics “Was I complete at 23,” as Tom explains. “At 23 I had just had a number 1 album and begun my relationship with my now wife Katie. Reflecting on what I’d achieved at such a young age left me wondering, what now?”

Speaking about inspiration and meaning behind the album’s title, Tom Ogden explains, “While on tour in 2019 in Mexico, I visited Frida Kahlo’s house. Looking at her paintings on show, someone had described one of them as being like a ‘ribbon around a bomb’. I immediately thought that it was a great title for a song and album because of the imagery that it evoked in my mind. I thought about how lots of things in life could be described as being a ribbon around a bomb in the sense that as people we often dress things up which have a darkness lying beneath them.”

Since forming in 2013, Blossoms have enjoyed widespread success and acclaim. Their 2016 debut ‘Blossoms’ topped the album charts for two consecutive weeks and went on to earn the band BRIT Awardand Mercury Prize nominations, while 2018’s ‘Cool Like You’ charted at Number 4 in the UK album chart, spawning the anthemic singles “I Can’t Stand It,” “There’s A Reason Why (I Never Returned Your Calls)” and “How Long Will This Last?” Their third studio album, 2020’s ‘Foolish Loving Spaces’ was the band’s second UK Number 1 album and following the release of In Isolation/Live From The Plaza Theatre, Stockportin 2020, the band have now had four top 5 albums in the UK.

Blossoms’ brand-new single “The Sulking Poet” is out now. Check out the music video below or HERE.

Blossoms’ new album, Ribbon Around The Bomb is out April 29. Pre-order / save HERE

by SPILL NEW MUSIC on August 18, 2021
BLOSSOMS REVEAL BRAND-NEW SINGLE “CARE FOR” UNIVERSAL MUSIC Blossoms have revealed their brand-new single “Care For” and its [...]
9.0

by Contributing Writer on January 31, 2020
Blossoms Foolish Loving Spaces Virgin/EMI Blossoms are a young British guitar-based band hailing from Manchester who have already a number one album in the UK tucked into their back [...]

by Contributing Writer on January 19, 2020
FOOLISH LOVING SPACES A CONVERSATION WITH TOM OGDEN OF BLOSSOMS After a period of semi-sleep, there is a new British invasion on the way that will shake [...]
2.0