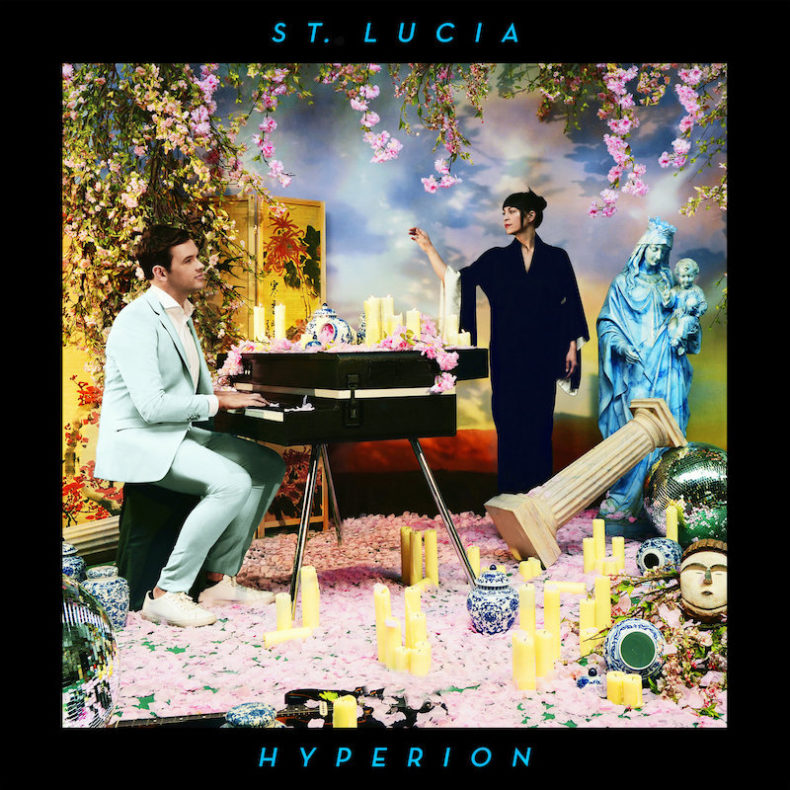 Grobler says of the song: “Damn, ‘Walking Away’ has been in the works for a really long time. I wrote it with Nicky [Paul] and Ross [Clark] from the band before we even started recording our last album Matter, and we actually played it a handful of times on our last tour almost 3 years ago. The song came together super quickly and what you hear in this final version is about 60% the original demo– we just had to replace the Daft Punk loop we wrote on top of with something else, so that took about 4 years. And here it is, our funky beast.”

St. Lucia will embark on a headline tour across North America in support of the release of Hyperion this fall. The extensive run kicks off on September 21 with two shows at New York City’s brand new 3200-capacity Pier 17, and includes stops in Toronto, Vancouver, San Francisco, Los Angeles, Chicago and more. Now Now, The Night Game, Arkells and Honors will open select shows on the tour. Tickets are on sale now, see full routing below.

Hyperion is the follow-up to St. Lucia’s 2016 album Matter, which garnered praise from Rolling Stone, Entertainment Weekly, Nylon and many more.

*with Now, Now
^with The Night Game
#with Arkells
+with Honors