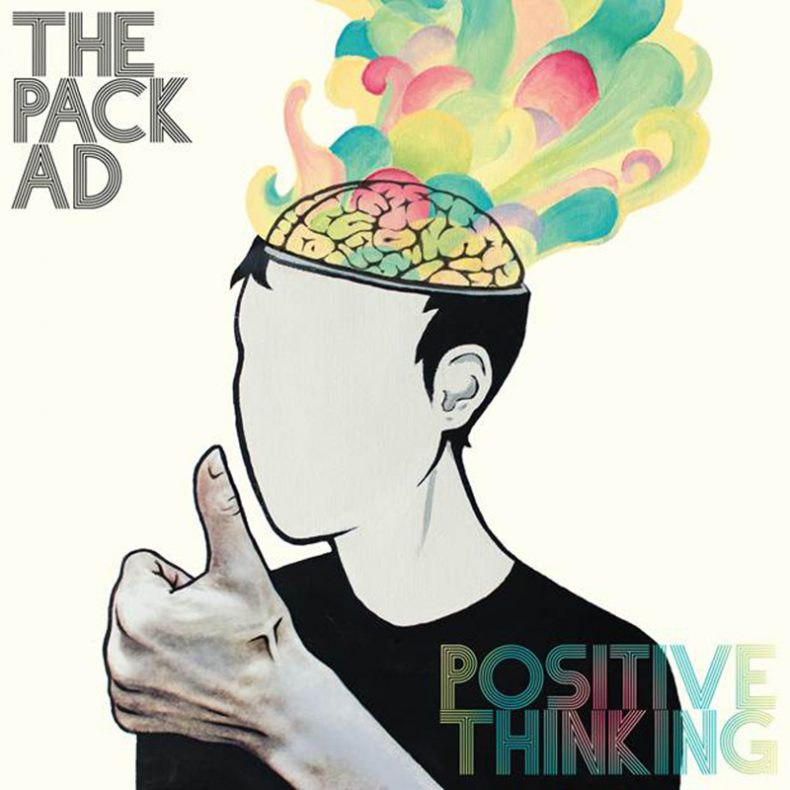 The Pack A.D.’s Becky Black and Maya Miller are two musicians who sound like five and know that that kind of shit takes work. They don’t have the time or patience to fuck around, which is why they’re out the door and on tour with a ferocious start to support their upcoming album, Positive Thinking and the first single “So What”. The first few weeks have been a smash, starting at home in Vancouver and tearing up rooms across Canada and now into the U.S.

The Georgia Straight says “So What” is “the sinfully sweet spot between shimmering ’90s shoegaze and hyperlush pop” while Exclaim! notes the song’s “series of in-the-red riffs” and The Vancouver Sun simply calls it “rollicking.” In the meantime “So What” has hit #43 on the National Commercial Alternative Rock Radio Chart after peaking at #1 on CBC Radio 3.

Now the drum pounding, gutted guitar duo from East Vancouver is ready to reveal another track from their upcoming LP. “Fair Enough” is about “the bubbles of illusion we inevitably draw around ourselves as a barrier against reality,” says Black. “The comforts of escapism.”

Set for release on August 12 via Cadence Music, Positive Thinking is all carefully constructed chaos, crushing vulnerability, and massive swagger. Underneath the sprawl of its sonic infrastructure, singer/guitarist Black and drummer Miller — self described lifelong high school outcasts — traverse the hidden tunnels that connect all us damaged people together: anger, alienation, humour, sarcasm, sincerity, loneliness, grief.

Fans can watch the sci fi inspired alien abduction video for “So What” now, which Noisey says is “as polished as it is grimy” and what CBC Music calls “visually stunning” and “a must-see.”