New Music
192
previous article
SPILL NEW MUSIC: THE FIRST NEW MUSIC FROM THE PUNK LEGENDS X IN OVER 30 YEARS OUT NOW + TOUR DATES
next article
SPILL FEATURE: THE DARKEST PART OF THE NIGHT, THE SUN ALWAYS RISES - A CONVERSATION WITH BRENT RADEMAKER OF GOSPELBEACH 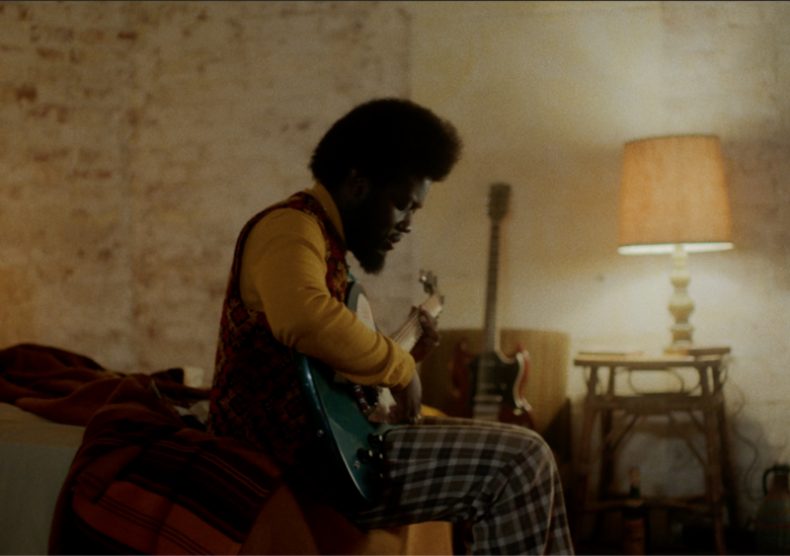 KIWANUKA OUT NOVEMBER 1 VIA INTERSCOPE RECORDS

Michael Kiwanuka today launched the official video for his new single, “Hero”, off his forthcoming album KIWANUKA, out November 1st via Interscope. The song pays homage to some of the world’s most important history-changing heroes that were taken too soon due to violence; heroes to Michael and others, like Fred Hampton, Martin Luther King, Malcolm X, JFK, Sam Cooke, John Lennon, Marvin Gaye, Tupac and more. The flip side, of course, is the idea that those who bring the most evil to this world seem to live the longest, making him ponder the idea that maybe all heroes die first. The video is based on COINTELPRO – the FBI’s covert program of suppressing organizations and public figures, including musicians, who were involved in or supported anti-establishment political activity from the 1950’s through to the 70’s. Directed by CC Wade, The video shows a tornado of conspiracy surrounding a famous musician’s death, set against the backdrop of 60s black liberation movements, FBI corruption and hippie counter culture. Kiwanuka simply states, “Hero is a song about how the gems of this world always seem to die young, and how those who are oppressed often seem to have the most to offer us.” “Hero” follows the UK singer-songwriter’s first single and video off the album, “You Ain’t The Problem”, which Pitchfork calls “a delightfully boisterous mix of drums and horns, which anchor twisting guitars and array of vocal loops.”

Additionally, Michael Kiwanuka has announced a 2020 North American tour in support of his album, kicking off January 22nd in San Diego with stops in Los Angeles, New York, Chicago, Toronto and more. The 18-date tour is his largest headlining tour yet and winds across the country, ending February, 15th in Atlanta – full list of dates below, on sale now. Kiwanuka recently left fans in awe as he previewed new material from the album and his biggest hits, including Big Little Lies theme song “Cold Little Heart” and Baz Luhrman’s The Get Down theme song “Black Man in a White World” at a sold out Brooklyn Steel show in NYC.

KIWANUKA marks Michael Kiwanuka’s third studio album and second produced by Danger Mouse and Inflo. This iteration of the British singer-songwriter finds him deep in the story-telling he’s beloved for but with a raw intimacy and shared vulnerability that resonates even more profoundly than his previous work. KIWANUKA explores themes of self-love and empowerment and the release of doubt and pain, somewhat new territory for the measured and often soft-spoken artist. Weaving sounds of Woodstock-era rock, Americana and early R&B over orchestral strings, woozy psych beats and found audio samples, creates a palette for Kiwanuka that could only exist in 2019. Kiwanuka’s timeless artistry puts an unequivocally modern spin to his music and has mostly drawn press attention from Rolling Stone, Pitchfork, KCRW, AV Club, Essence, Under The Radar, Relix and more, singled out by the New York Times and Billboard in their Fall Previews as one of this year’s most anticipated albums.

by Br. on February 6, 2020
MICHAEL KIWANUKA @ REBEL, TORONTO FEBRUARY 6, 2020 Considering the incredible success and critical reception of the release of his third album, KIWANUKA, it was no surprise that the [...]
8.0