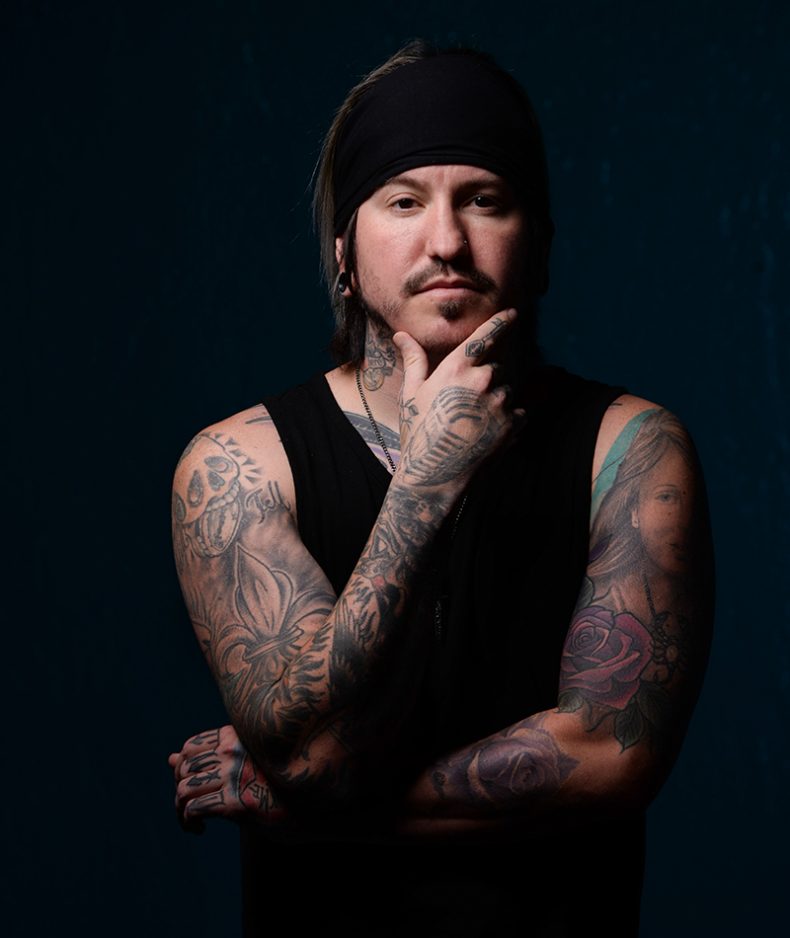 Dark Station opened and impressed the curious onlookers tonight at Skyway Theatre in Minneapolis, with their dark melodic songs filled with heavy riffs. The quintet, which included guitarist Jay Gomez filling in for David Bruno, kept the small audience engaged the entire time. Their performance was top notch and they got the momentum going so well that it was disappointing when their set ended.

Then came Young Medicine, a trio of synthwave rockers whose energy and light show commanded the attention of the audience. Singer Bret Liber’s energy was immediately felt as he furiously paced the stage, sometimes with keyboard in hand. The aggressive light show was disorienting and overbearing at times but complimented their retro synth sound.

The Dead Rabbitts, the musical side project of Escape The Fate’s lead vocalist Craig Mabbitt increased the energy in the room even further by leading their metalcore performance with “Dead by Daylight.” Justin King filled in for guitarist Erik Jensen while Schuyler Morgan took over bass duty. Mabbitt’s screaming and growling vocal style was as impressive as ever. Accompanied by red, blue, and white lights as they performed newer songs such as “Rumination” and “Acceptance,” a song that Mabbitt explained was about working on sobriety. The ten-song set seemed to end all too soon but the smaller crowd enabled all musicians to interact with all the concert goers.

Fans and musicians mingled late into the night, chatting among the merchandise tables. One fan in particular was able to have Mabbitt put his signature on his arm as a potential tattoo. It was impossible for a fan to leave feeling less than delighted.

Trista’s a music addict who’s taste in music spans over numerous genres. She enjoys playing her bass guitar, but honestly she’s not very good at it. So she goes to concerts and watches real musicians who are far more talented than her. You’ll find her there in the front row, because, well, she’s short and wouldn’t be able to see the stage very well otherwise, and because she strives to get the perfect photo to capture the experience.
RELATED ARTICLES
heroeslive reviewminneapolis
7.0

by Gerrod Harris on June 21, 2019
Hollywood Vampires Rise EarMUSIC Having released their self-titled debut in 2015, an album predominately made up of covers, save two originals, The Hollywood Vampires, a star-studded [...]
8.0