Features
409
previous article
SPILL NEW MUSIC: NEW MICHAEL KIWANUKA SINGLE & VIDEO "HERO" + 2020 TOUR DATES | 'KIWANUKA' OUT NOVEMBER 1 VIA INTERSCOPE RECORDS
next article
SPILL FEATURE: TAKING A SONG THAT WE LOVE AND DRESSING IT UP IN A DIFFERENT OUTFIT - A CONVERSATION WITH NICK ROSE OF DWAYNE GRETZKY 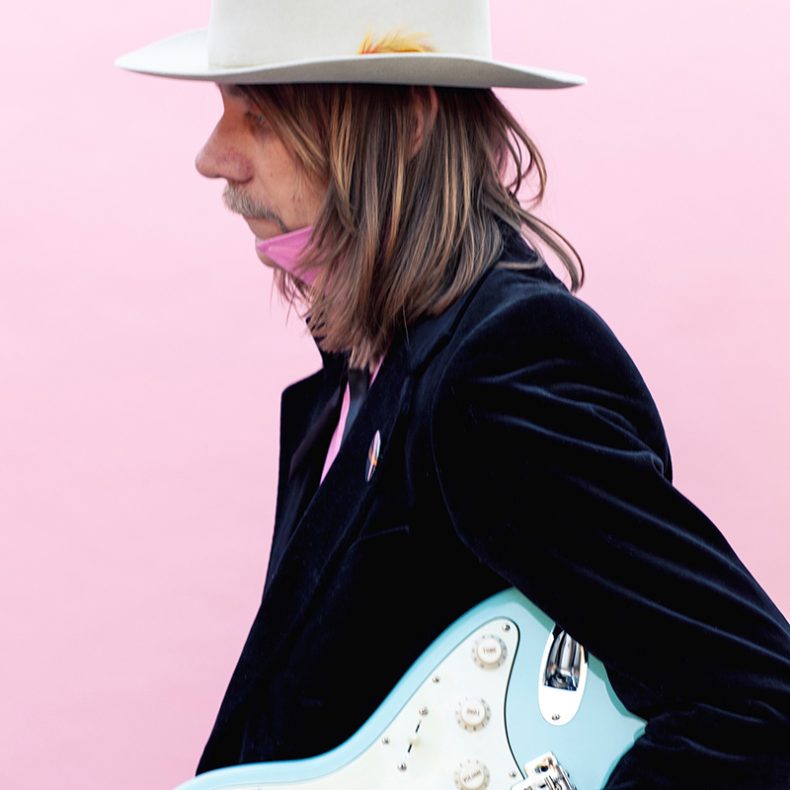 THE DARKEST PART OF THE NIGHT, THE SUN ALWAYS RISES

GospelbeacH has been around since 2014, when Brent Rademaker rounded up some like-minded friends to produce music that reflected the times, but with a classic rock sensibility. Rademaker had made a name for himself already in the music scene, and had recently been a member of Beachwood Sparks, releasing their debut album, Pacific Surf Line, in 2015.

I recently had the chance to talk with Rademaker, who was excited as he just eaten at a historic landmark in L.A. “Just got back from Bob’s Big Boy, the original Bob’s Big Boy. They have the Beatle booth where the Beatles first ate. It’s in Burbank.”

The new album, Let It Burn, and its title track, in some ways sum up the album. This is a band that knows their roots and what they want to accomplish. “It came through from the songwriting Gods. I made it mean something after the fact. Take a match to all the negative feelings and burn them away, rather than anything too destructive. It sounds like an every-man phrase or every-person phrase.”

“Robert [Lee] did the artwork; illustrated the little peace sign with the American stars and stripes in it and put a match next to it, the phrase Let It Burn. It kind of resonates.”

But as it is often the case, there was not a plan to record a new album. Sometimes the best albums start very organically. Rademaker reflects, “it wasn’t really time to do a record, so many of the songs came about and the people sort of came together. I went through a divorce, and my father passed away and I found myself alone in this apartment which is pretty amazing now. It overlooks the 101 Freeway and The Hollywood Hills. But when I first moved here, I was thinking, ‘whoa, I’m out here all alone in this city and some songs started coming and when you hear the lyrics of the songs, you can interpret them a number of ways. At the same time, Trevor [Beld-Jimenez] was helping me with songs. He and I got invited over to Johnny Niemann’s place, the keyboard player, and he just built a brand new studio. He said, ‘hey come down and record.’ And that is how it came about. I went down to record some demos of songs that were reflecting my life and it turned into a GospelbeacH album.”

“We are a band that lives and works within our means and we want our means to expand, tour more comfortably and record in other situations. There are other people we would like to work with, but for now we just use what we have and wrote with people we had and used the musicians we had and Johnny deserves a lot of credit. He has a lot of people lining up to record there.” 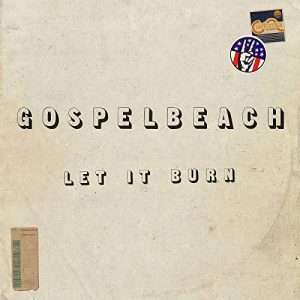 The album kicks off with “Bad Habits”.  “Well I think it had a lot to do with when part of your life falls apart or something bad is happening to you,” says Rademaker. “Instead of boohoo-ing, sometimes you have to get out and look at the reasons, you have to look at yourself. It was just a way for Trevor and I to confront why things occur to you. It’s not like bad things happen to good people, it is more like bad habits keep getting in your way, if you are not careful. It is part of life, you know. It is also a real rock ‘n’ roll subject matter. The same way Let It Burn is a rock ‘n’ roll title, “Bad Habits” is like a Johnny Thunder or Rolling Stones song.”

GospelbeacH has managed to record a classic rock sounding album. “We got Neal Casal and Trevor Beld-Jimenez on the floor. The three of us have a history separately and together and of course Johnny has worked with Neal too. We had a fucking good band playing the song, so I was really lucky, you know. The guy from our record company was pushing us to record the album live.”

The events of August 26, 2019, when Neal Casal left us don’t overshadow the album, but it was a tragedy for the band as well as Rademaker, who lost a dear friend. When Rademaker started talking with Neal Casal about Let It Burn, Casal said “don’t talk about it anymore, let’s just do it.” He had so much fun, no one was miserable, everyone smiled, it was a great time. He would text me all the time and say ‘dude, we did it!! We made a rock ‘n’ roll record.’ It was so fun to make.”

“Neal was special to us and to a lot of people. But what he didn’t know was that, when I first started the record company, the first thing I wanted to do was record a Neal solo album. And he was like ‘no man, no one wants to hear that, they just want to hear me play guitar’ and I said, ‘no, we are doing this.’ When he passed and the outpouring came in we were all right because we knew our Neal was special. He was more special than he even knew. I miss him like crazy.”

The album is out, and as with all artists, Rademaker has some hopes for the incredible package that GospelbeacH has released to the world. “This is the very first time I had no expectations. I hope that people going through anything dark where they need strength, I hope when they hear that, they realize they get something out of it. I want people to be inspired. I want other musicians to be inspired to make their art that they hear in their heads. I want people to know that they are not all alone and that it does get better. The feelings do burn away. People to say ‘this is bad, but it is not the end.’ We embrace things that have become clichéd over the years, and I don’t know why, maybe it’s because of the ‘90s. But the darkest part of the night, the sun always rises.”

Born and raised in Whitby, Aaron discovered music through his love of The Beatles. This led to a career in radio, writing for various publications, and ultimately a radio show about The Beatles (Beatles Universe), which ran for over four years. When not immersed in music, Aaron enjoys spending time with the loves of his life -- his wife Andrea, and daughters Emily and Linda (all of whom have an intense love of music too).
RELATED ARTICLES
alive naturalsoundbrent rademakerdark angel
9.0