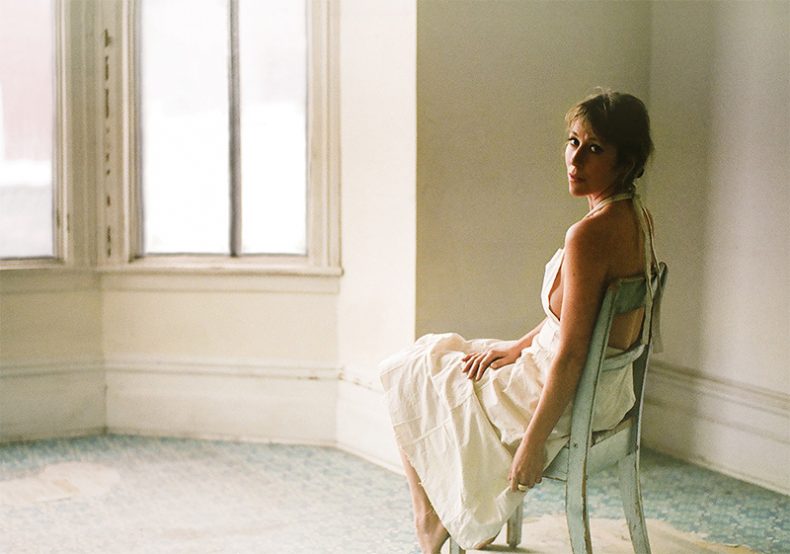 Martha Wainwright is beginning again. The beguiling performer and songwriter is set to return with her forthcoming full-length Love Will Be Reborn on August 20th via Pheromone Records/Cooking Vinyl. Not since 2012’s Come Home to Mama has a Wainwright record been so full of original written material. Wainwright’s fifth studio album follows recent years of loneliness and clarity in search of optimism and joy. Pre-order available HERE.

Wainwright wrote the first song—and what would become the title track— of the record a few years ago and today shares first single “Love Will Be Reborn”.

“It was a very dark time,” she says, but the positivity and luminosity of ‘Love Will Be Reborn’ signaled what was to come. Wainwright was at a friend’s home in London to collaborate on something else entirely when she was struck by the need to write the song. Wainwright demures when songwriting—her process is undisciplined and she prefers to be alone. That day, soon left to that solitude, “Love Will Be Reborn” poured out of her.

“I wrote the song in its entirety within ten or fifteen minutes. I was bawling.” The track feels very English to Wainwright with a soft melody and thrumming guitar, evoking pastoral scenes. Wainwright croons, “There is love in every part of me, I know/ But the key has fallen deep into the snow / When the spring comes I will find it, and unlock my heart to unwind it.” It’s poetic and mysterious, yet still there is a yearning for joy and renewal. Wainwright sang the as-yet recorded “Love Will Be Reborn” on tour, serving as an anthem, giving her hope in a time when it was hard to have some.

Like most records this year, the album was made during the global pandemic and recorded in Wainwright’s hometown of Montreal, in the basement of her brand-new cafe, Ursa which also served as a studio. She enlisted the help of Toronto musicians Thom Gill, Phil Melanson and Josh Cole to perform in her band, and producer Pierre Marchand, best-known for his collaborations with Sarah McLaughlin, producing some of her iconic 90s songs. Marchand also has a familial connection to Wainwright, having produced her brother Rufus’s second album poses as well as Wainwright’s mother and aunt’s record, Heartbeats Accelerating. It was a record made after some time, much like Wainwright’s gap since 2016’s Goodnight City, and McGarrigle was the same age that Wainwright is now. It seems like a musical synergy only the late McGarrigle and Wainwright could have.