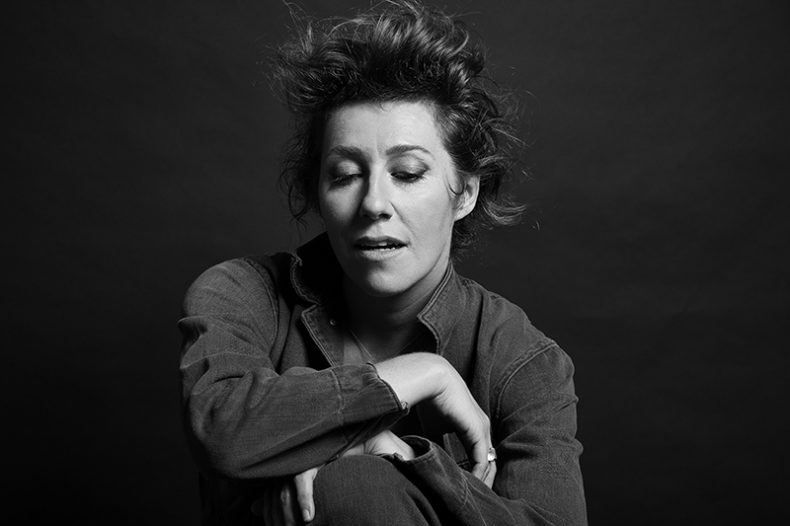 AN INTERVIEW WITH MARTHA WAINWRIGHT

When you hear the name Wainwright, a handful of talented musicians and performers come to mind. Martha’s latest album Goodnight City just raised the Wainwright bar. She began her professional musical career over a decade ago, releasing EPs – one of which was the very successful debut Martha Wainwright released in 2005. Pre-Goodnight City, Martha showcased her maturing talent as an artist with I Know You’re Married But I’ve Got Feelings Too. Then came her third album that left audiences in awe Sans Fusils, Ni Souliers A Paris: Martha Wainwright’s Piaf Album, a homage to the one and only, Edith Piaf. Come Home To Mama followed in 2012, produced by Yuka Honda.

After four years, Martha Wainwright has produced an album that NPR stated was “more sonically daring than anything Wainwright has previously released, while still delivering the sense of shared confidence that Wainwright’s fans adore.” Martha, however, stated that she thinks it could be even more daring. “This record is different from my other records in that I wrote half the songs and the other half are written by other people for me. I think it’s a little more outward looking or expansive. I’m allowing myself to sing in a different way in these songs, maybe more theatrically.”

Wainwright describes, “It’s autobiographical, but in a way that is more open for listeners to interpret. For me, it’s a departure, and the record feels that way – there’s almost hopefulness about it. And it has a forward feeling, I find.” Martha wrote half of the songs on Goodnight City, while the other half were written by talented artists like Glen Hansard, Michael Ondaatje, Beth Orton, Merrill Garbus, and of course, her brother Rufus Wainwright. So the question is – is it easy or is it a pain to collaborate with family on music? Martha said that she is so used to working with her family, that its second nature. “Rufus wrote a song for me called Franci, my son, on the record. It’s obviously written for me to sing. He really got the hallmark down. What’s great about that song is that it sounds like a Rufus Wainwright song – typical of his chord progressions. As his younger sister, he told me what he wanted to do in the classic Rufus way. I mean, he was nice about it, but he wasn’t going to let me do what I wanted to do because that’s the way it is; that is the dynamic we’ve always had.”

When I asked Martha if she had any favourite songs on the album, she said that besides Francis, she really likes the song “Window.” “I wrote it for my other son, Arcangelo. I think he heard me singing the song Franci, and he got jealous, so I told myself, I better get to it. I wrote “Window” pretty quickly, but it just came out of me. It wasn’t arduous to write, it just happened. I like the vibe that Thomas created with the keyboard bass, I thought it was a neat song. This record has some songs on it that I wrote that don’t sound like my typical songwriting style. I never played the electric guitar, so it has that totally aggressive thing and you just go for it. Why not.”

Martha Wainwright’s children are quite young, 6 and 2. “When you’re writing songs about your kids, it has to be somewhat censored. You’re already going to mess up their lives in some way in the future; so let’s try to lessen that effect by being more protective and kind. But I can’t help writing songs about my kids because they’re major subjects in my life. It’s just where I am, where my life is – and they’re a huge part of it.” 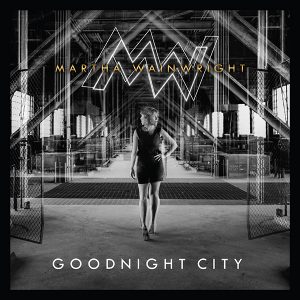 As previously quoted, Martha said that for this album, she was out of practice – “my fingers bled, my voice got sore but we pushed through to get the sound of oneness which I think is achieved on this record.” It’s pretty difficult to believe that, given the stellar status of this album and all of the raging reviews thus far. In her utmost honesty, Wainwright stated, “I am a bit of a lazy artist. My approach is always like ‘ah I’ve got to do this song in one month!’… I think what happens a lot, or to some songwriters, is that they really see themselves in a role of a storyteller. They sit at a piano or guitar every day looking at life through the lens of a songwriter and storyteller.”

“In my life, I scramble around like a mad person trying to live life without failing miserably; and those lessons that I learn sort of teach me what I’m going to write about. They navigate me through songwriting, so I end up writing songs about my life and feelings, rather than looking out all the time and thinking ‘how can I write a song about that tree or those two people over there arguing?’ It’s something I’ve internalized first and then let out. I go weeks and weeks without playing guitar and get anxious. So I’ll sit down and play something and spill out the first things that have been happening, making them interesting with poetry and creativity – rather than just a journal entry. That became the case even more because my life got fuller with children and I’ve been struggling to finish a book.”

A lot of songwriters or musicians wonder, “how much practice is enough?” Or “how often should I be sitting down and writing? And as Martha reflects thoughtfully, she concludes in all truthfulness, “if I was more disciplined, maybe my songs would be better and less frantic. But it’s the way I am. I am looking forward to going on the road and you end up remembering who you are as an artist. And when I’m back in front of an audience I think, ‘ah yes, this is what it’s all about. This is why I’m doing this. It’s a nice reminder.”

The intention in Goodnight City is to get across a general concept or feeling about a new chapter. Martha reflects, “my first record that came out just over 10 years ago was reflective of a young woman, sort of angry, a little bit insecure and pissed of; that aggressive record was emblematic of me at the time. I just turned 40 so this is another chapter, it’s different – calmer, more confident, not as pissy and not as insecure. I think there’s this sort of turning away from the past. Goodnight City is closing the door on something and opening to something new. The album cover is a superimposed shot of me, where one is looking forward and one is looking back – stepping into a new stage. I think it’s more hopeful and stronger; more renewed in a way.”

Given Martha’s dual citizen status, I obviously had to inquire about her stance on the upcoming election. She lit up with excitement, saying that she has always been a Hillary supporter. Wainwright continued, “6 months ago when I was on the road, I didn’t feel like I could comfortably say that because I would have been booed. A lot of artists are expected to be a Bernie supporter, and he is great, but I’ve always liked Hillary and I’m really excited that she’s going to be president. I think it’s so great; I’m just glad and relieved that Trump isn’t going to win and that we’ve dodged a bullet. And maybe we’ll get the best president we’ve ever had and I’m doubly excited because she’s a woman. I know people don’t like her, but for some reason I always have. Maybe I’m kidding myself.”

Cadence Music is releasing the much anticipated Goodnight City on November 11th. If you’d like a taste of the album, the first single “Around the Bend” is available for pre-order HERE. If you have a chance to catch Martha live, she is playing at M for Montreal on November 16th at the Rialto Theatre, and at (le) Poisson Rouge on November 18th. Stay tuned for more show announcements!

Originally from Toronto, Giselle is exploring the worlds of entertainment and social change through a musician's lens. With a background in Environmental Studies and Music Business, she works to establish her own voice in the music scene.
RELATED ARTICLES
around the bendcadence musicfeatures

by SPILL NEW MUSIC on August 30, 2016
MARTHA WAINWRIGHT SET TO RELEASE HER 6th STUDIO ALBUM ‘GOODNIGHT CITY’ ON NOVEMBER 11th [PIAS] With an undeniable voice and an [...]