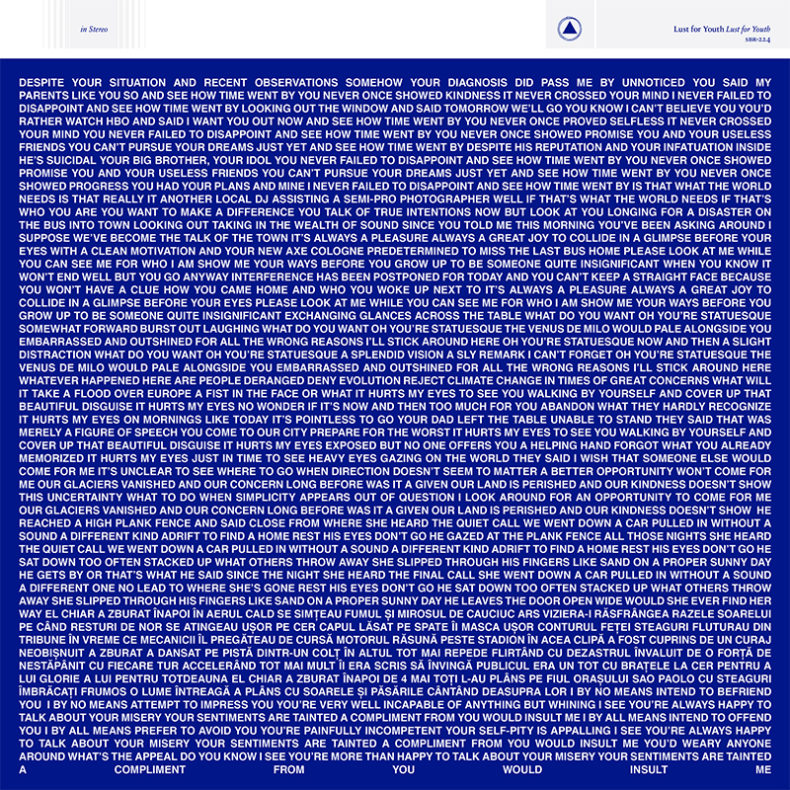 Lust For Youth – the Scandinavian duo of Hannes Norrvide and Malthe Fischer – share the third single, “New Balance Point,” from their forthcoming self-titled album (out June 7th on Sacred Bones), and announce more North American tour dates this fall. “New Balance Point” follows previously released singles “By No Means” and “Great Concerns.” The songs are sure-footed where they had earlier feared to tread, and light-headed for a new set of reasons. The album is driven by a dance-pop agenda, hustling its way through upbeat peaks that level out into reflective ballads. While still taking clear cues from a crop of austere synth-pop, Lust for Youth sound brighter than they ever have before, taking tips from some of the flirtiest Eurobeat to aid their new direction. They’ll kick off their North American tour in support of the new album on October 17th at Elsewhere in Brooklyn, NY, before continuing through Canada and the Midwest. The band will wrap up their tour with newly announced West Coast dates.

by Aaron Badgley on January 19, 2018
Soho Rezanejad Six Archetypes Silicone Records I like organized noise. I really like albums by artists who are not afraid to be a bit noisy and seemingly chaotic. Six Archetypes [...]

by SPILL NEW MUSIC on October 14, 2016
LUST FOR YOUTH – “TOKYO” Sacred Bones With their new album ‘Compassion’ out now via Sacred Bones, Copenhagen trio Lust For Youth are sharing their new video ‘Tokyo‘, [...]