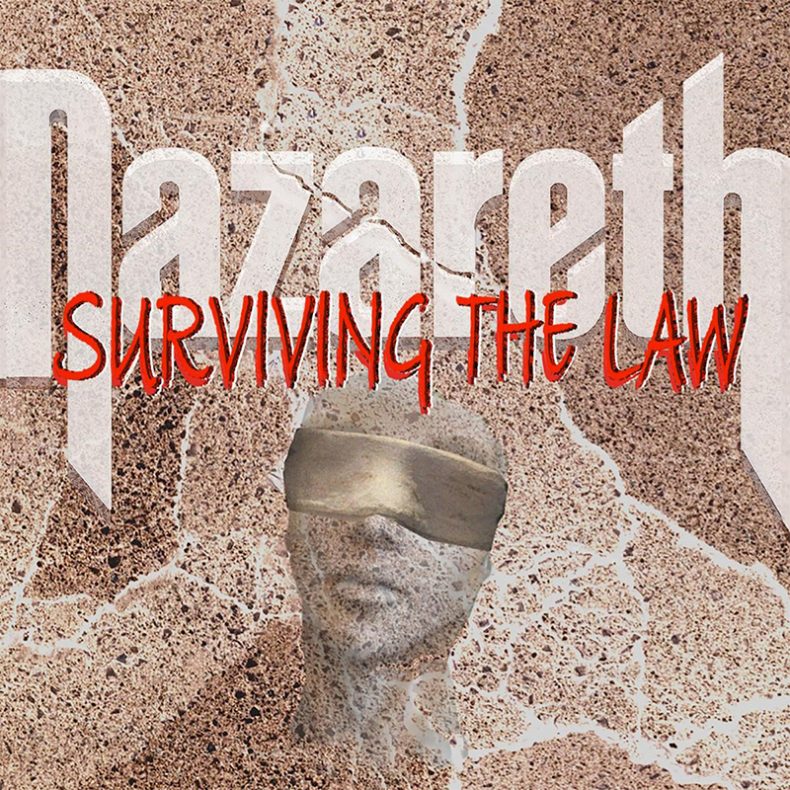 Frontiers Music Srl is pleased to announce the forthcoming release of legendary Scottish rock band Nazareth’s new studio album, Surviving The Law on April 15, 2022. Today, fans can get their first taste of new music from the band with the release of the single and video ‘Strange Days’.

It is difficult to sum up in few words the history and influence in the history of rock music that an act like Nazareth has had. Having celebrated their 50th Anniversary in 2018 with the release of their 24th studio album, Tattooed On My Brain, the long-running UK hard rockers will enter their 54th year of existence in 2022 with the release of their 25th studio album, Surviving The Law. The line-up for “Surviving The Law” is the same as the previous release, consisting of Jimmy Murrison (longest serving guitarist in the band’s history), Lee Agnew (drummer since Darrel Sweet’s death in 1999), Pete Agnew (founding member, on bass) and vocalist Carl Sentance.

Surviving The Law continues the new chapter that started for the band in 2018 with the arrival of vocalist Carl Sentance. In 2014, original singer Dan McCafferty had to leave the band for health reasons and with his blessing, Sentance began fronting Nazareth. Tattooed On My Brain saw Nazareth a rejuvenated band with a hard rocking album that had all the ingredients that make this band so great in the first place. As with Tattooed On My Brain, Surviving The Law was produced by Yann Rouiller at Sub Station in Scotland. The album features songwriting by all band members and continues the trend established with the previous album, showing that 25 albums into their career, the fire of rock ‘n roll still burns as bright as ever at the core of Nazareth.

Nazareth originally formed in Dunfermline, Scotland in 1968, releasing their eponymous debut album in 1971. The band broke big when, after supporting Deep Purple on tour, they released the Roger Glover-produced “Razamanaz” album in early 1973 to critical and fan acclaim. They then released an impeccable string of hit records, including “Loud ‘N’ Proud”, “Rampant”, and the smash hit “Hair of the Dog”, which was released in April 1975. The album included evergreen songs such as the title track (later covered by Guns N’ Roses on their “The Spaghetti Incident?” album) and “Love Hurts”. The band has continued to release albums and tour the globe since, coming up on their 54th year of existence in 2022!Get ready for a very welcomed return from Nazareth!