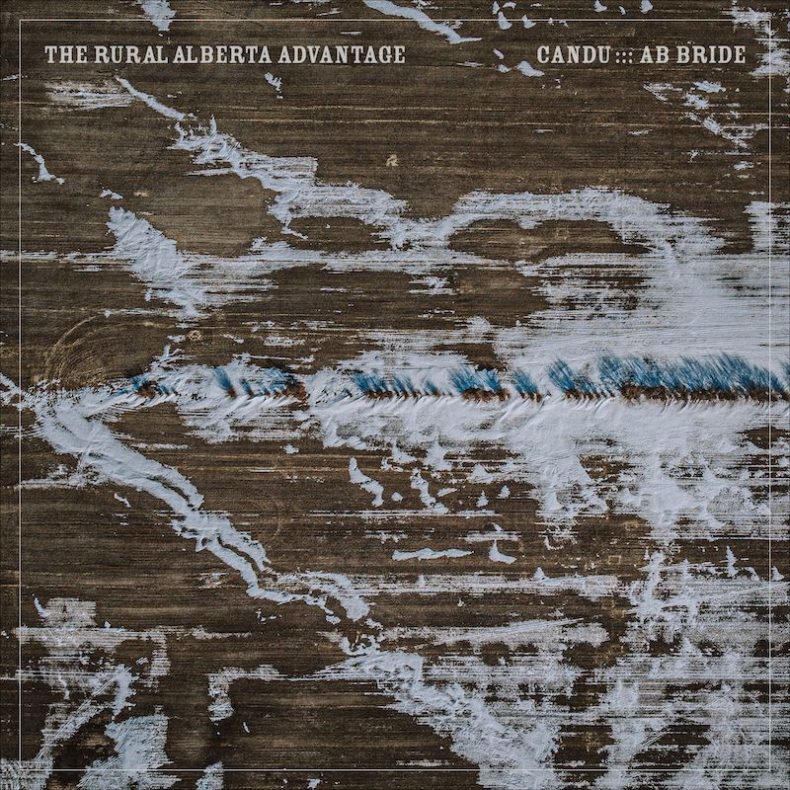 Acclaimed percussive folk-rock trio, The Rural Alberta Advantage (The RAA) have released two new songs this month. “CANDU” alongside accompanying track “AB Bride” are the first new offerings of music from the award-winning trio since 2017’s album The Wild. They are also the first recordings since the return of core band member, Amy Cole, and hint at the new influences informing the band’s sonic palette, songwriting and creative evolution.

With the seismic shifts that have rolled out across the world over the past couple of years, demanding everyone to attune to the world in vastly different ways, The RAA will embark on a distinctly divergent course for releasing their music. An ongoing series of new songs and EPs will be shared over the coming year as they’re written and recorded by the band, with intentional release dates set via Paper Bag Records (Canada/EU) and Saddle Creek Records (US)  and live shows to support each release.

“‘CANDU’ is a rustic anthemic reply to a once-booming Northern settlement that was abruptly forgotten and the band’s lament on the common connections that emerge when you’ve unknowingly tied your hopes to a sinking ship. My mom’s uncle worked up in Uranium City, Saskatchewan in the late 70s/early 80s, when it was a small but very active mining settlement,” notes Nils. “We went to visit and it was the first time I was ever on a plane – as a young kid then, I’m not sure if the pictures in my mind now are real or just something from a dream. Candu was the local high school and only open for a couple of years while the town was booming; it was abandoned like everything else after the mines abruptly closed in the early 80s leaving most families stranded without work, and now sits completely vandalized. Growing up in a mining town myself, it’s hard not to think about who or what would have remained for me if the jobs all suddenly dried up, and where my friends and I would have ended up.”

“When Nils said he was writing a song called ‘CANDU’ about Uranium City, it made me think of my Dad.”  Paul continues. “He spent decades working as an engineer helping design the CANDU nuclear reactors. I remember the uranium fuel rod bundle display that was at my dad’s work. What happened to the people in Uranium City is really tragic, but I didn’t know about it until Nils wrote these lyrics. So the song also makes me think about all the different and hidden ways people across Canada are connected.”

The “CANDU” single cover art is credit to Edmonton-based photographer, Leroy Schulz. A long time live photographer of The RAA, Leroy will be a regular collaborator on imagery throughout the coming releases.

The RAA’s music connects us to untold stories and an unpacked history we all have a part in owning, reflecting on, learning from and possibly seeing from a different vantage point: the overview effect. “CANDU” + “AB Bride” preview a band driven to continue the musical conversation with their fans, in real time.