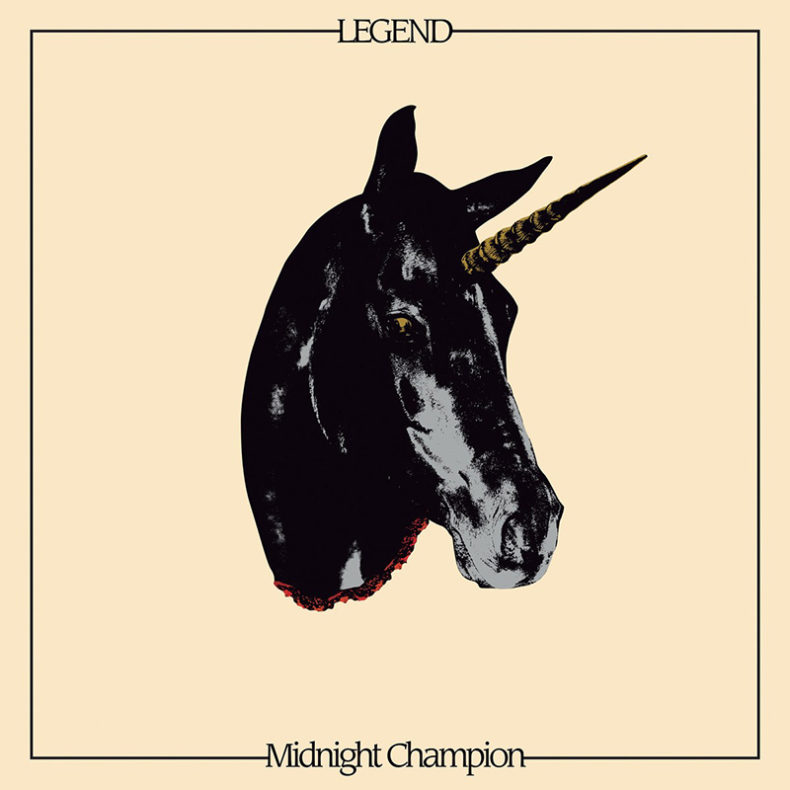 Icelandic band LEGEND will release their sophomore album Midnight Champion on October 13, 2017 via Artoffact Records. Pre-orders are available now at iTunes, where you get the track “Captive” and “Frostbite” as an instant grat song, and Bandcamp.

Today the band has released the second single from the album entitled “Frostbite”.

The new record takes off from where the dark synth stylings of Fearless left off, with each song taking the listener into a seemingly different universe from the song before it. From moody, introspective (post)-rock, to dancefloor-worthy hits, to riffing metal-oriented tracks that show off Krummi’s peerless voice, Midnight Champion is not simply a sequel to Fearless; it exceeds it in every way, making good on the promise that that first record was, as Krummi once said in an interview, “only the beginning.”

The album is available worldwide October 13, 2017 on Artoffact Records as a double vinyl pressed on special cream colour (black also available), as well as CD digipak and a special edition cassette. Head over to THIS location to see bundle options.