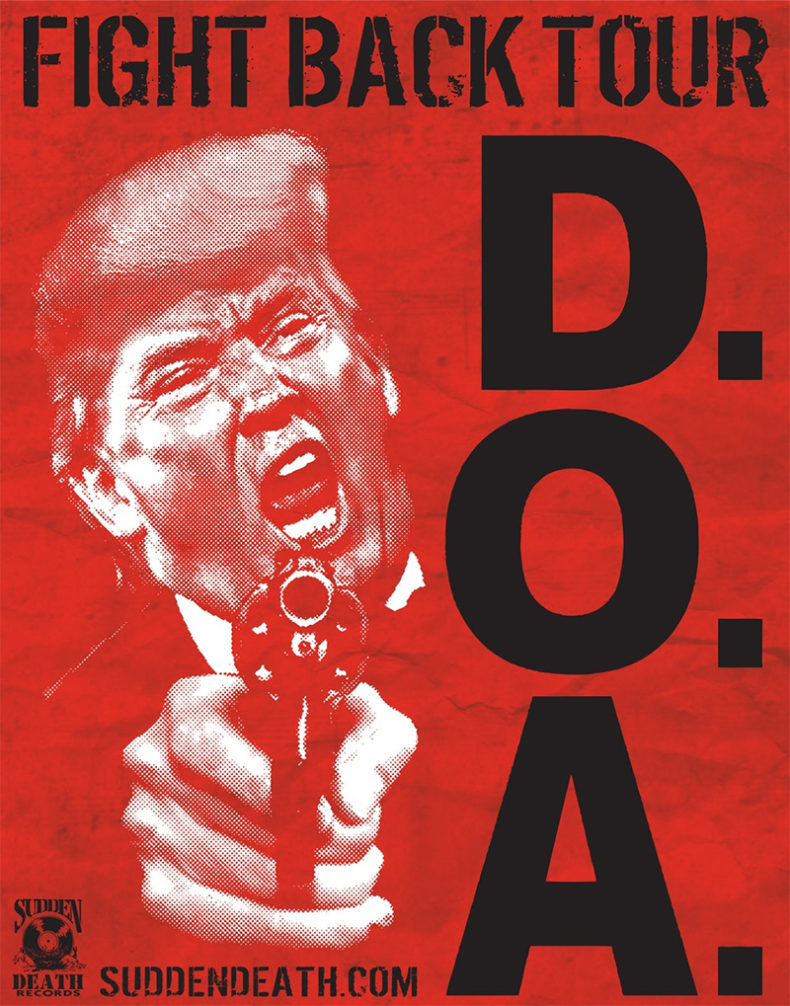 D.O.A. ANNOUNCE THE FIGHT BACK TOUR

D.O.A. are fresh back from a rockin’ summer tour that included stops in the U.K., Ireland, Germany, Netherlands, Belgium, Switzerland, Poland, China, Thailand, Malaysia and Taiwan. Now they are ready to start the Fight Back Tour with dates in B.C., Ontario and Quebec.

“Considering what’s going on in the world now is the time for us regular folks to unite,” says Joe Keithley. “When you have would be fascists like Donald Trump and many other politicians around our planet promoting racism, sexism and war we have to use all of our collective strength to take on this scourge. It’s time to Fight Back!”

In January 2018, D.O.A. will begin recording a new studio album with old friend and producer Cecil English (Jello Biafra & D.O.A. “Last Scream of the Missing Neighbors”/No Means No “Wrong”/D.O.A. “Murder”) The new album will be out in June 2018 in time for D.O.A.’s 40th Anniversary World Tour that will run through 2018-19.