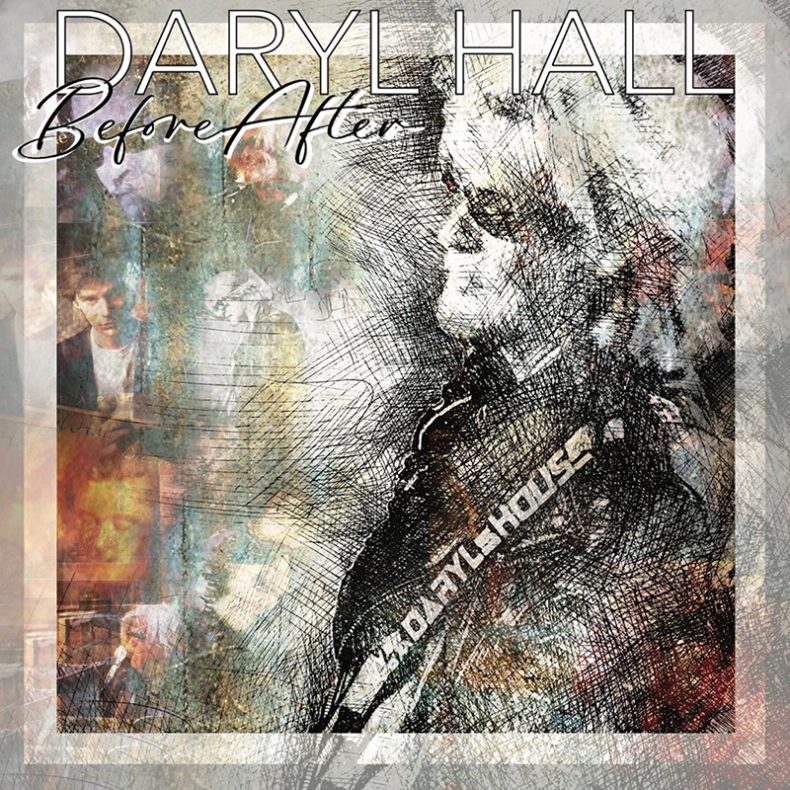 Legacy Recordings, a division of Sony Music Entertainment, will release BeforeAfter, the first-ever solo retrospective from Rock and Roll Hall of Famer Daryl Hall, as a two-disc set and across all digital platforms, on Friday, April 1. On the same date, Hall will also embark on his first solo tour in a decade, performing on historic stages like NYC’s Carnegie Hall and Nashville’s Ryman Auditorium, with special guest and fellow Rock & Roll Hall of Famer Todd Rundgren supporting.

Compiled and sequenced by Hall, BeforeAfter features thirty tracks spanning all five of his solo albums, from the 1980’s Robert Fripp-produced Sacred Songs through 2011’s Laughing Down Crying, which was co-produced with longtime Hall compatriot T-Bone Wolk, who sadly passed before the album was released. Additionally, the collection features six never-released performances from the pathbreaking web and television series Live From Daryl’s House, which Hall launched in 2007 with the then-novel idea of “playing with my friends and putting it up on the internet.” Special guests on the Live From Daryl’s House tracks include Rundgren, Dave Stewart, and Monte Montgomery. Taken as a whole, ​​BeforeAfter draws unexpected and satisfying connections between the esoteric and accessible sides of Daryl Hall’s creativity.

“I picked this collection of songs from my solo albums because I feel they encapsulate certain periods of my career.” says Hall. “It also shows the diversity of working with collaborators like Robert Fripp or Dave Stewart. And, having some tracks from LFDH on it, really makes the compilation complete.”

As Jeremy Holiday writes in the accompanying BeforeAfter liner notes, “How paradoxical that Daryl Hall is most associated in the public imagination with a long-term musical partner. Because few artists are as individualistic, and individually complete … Yet Daryl Hall is also a brilliant collaborator, and, perhaps ironically, that quality is equally if not more apparent within his solo work. More than a chance to work ‘alone,’ Hall’s individual pursuits have granted him license to be more eclectic in his choice of collaborators and to push further outside the expected bounds.”

Those collaborators include not only Fripp and Wolk, but Stewart, who co-produced Hall’s 1986 album Three Hearts in the Happy Ending Machine and co-wrote a number of its tracks, and even Mariah Carey who contributed vocals to 1993’s Soul Alone.

That spirit of collaboration has also guided Live From Daryl’s House from its inception, with Hall welcoming multiple generations of artists – from Smokey Robinson and Cheap Trick to Aloe Blacc and Grace Potter – over the show’s fifteen year history.

Daryl Hall’s 2022 Live Nation tour will launch on April 1st in Chicago at the Auditorium Theatre and will continue through April 16th with stops at iconic venues such as Ryman Theater in Nashville on April 3rd and Carnegie Hall in New York on April 14th. He will play a hometown show at The Met Philadelphia on April 9th. Todd Rundgren will be a special guest on all dates.

by Aaron Badgley on January 17, 2019
FOREVER THE INDIVIDUALIST A CONVERSATION WITH ROCK & ROLL HALL OF FAME NOMINEE TODD RUNDGREN Todd Rundgren is really one [...]
9.0