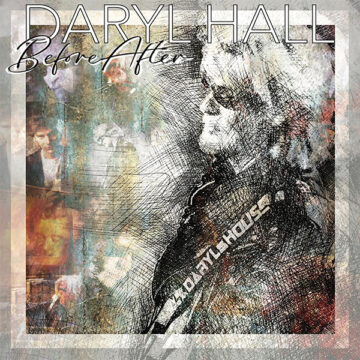 Daryl Hall and John Oates have had hits from the early 1970s until quite recently. They are one of the most popular duos of all time. What is often forgotten, however, is that both of them have substantial solo careers. John Oates has released five studio albums and five live albums. Daryl Hall has released five solo studio albums as well. This double disc presents Hall’s favourite songs from those five albums. And his solo career is quite unique. His debut solo album, Sacred Songs (1980) was produced by Robert Fripp, and remained unreleased for two years because his then record company, RCA, did not feel it was commercial enough or had a hit single. They were right. The album did not sport any hits, nor did it reach very high on the album charts. But it was full of quite wonderful songs. While his other albums were not quite as adventurous, he has had a solid solo career full of incredible pop, rock and rhythm and blues songs. And there are some very interesting songs, previously unreleased included as well.

The album is not arranged chronologically in order to make it flow more like an album. The album opens with “Dreamtime” from his biggest solo album, 1986’s Three Hearts In The Happy Ending Machine. It makes sense to open the album with this song, as it is his only solo top ten and the accompanying album is his biggest solo album. It certainly engages the listener instantly as this is letter perfect pop music co-produced with Eurythmics’ Dave Stewart and Daryl Hall and John Oates longtime collaborator T-Bone Wolk, the album is perfect 1980s pop. The big production and strong, catchy melody. Later on the collection, fans are treated to a cover of the Eurythmics hit “Here Comes The Rain Again” recorded live with Dave Stewart for Darryl’s wonderful Live From Darryl’s House. It is a very cool, bluesy cover of the famous song and demonstrates Hall’s (and Stewart’s) desire to break away from the sound for which they were best known. This is one of several songs recorded for the show, which are featured on the album.

But it is his early work with Fripp that proves most interesting. Give “Sacred Songs” and “NYCNY” and may find it hard to believe that one is listening to Daryl Hall. Equally interesting is his most solo album, Laughing Down Crying (2011). On this album, Hall demonstrates his love of the blues and proves that he is actually quite a talented guitarist in his own right. Give a listen to “Talking To You (Is Like Talking To Myself)”. Quite a brilliant song. It also demonstrates that Hall was (and is) willing to take chances. The solo music found in this collection is very different from his work with Oates.

The bonus ‘live’ tracks from his Live From Daryl’s House are interesting and, again, add a different dimension to the album. “Can We Still be Friends” with Todd Rundgren (who produced Hall and Oates War Babies) is quite good as the duo offer their own spin on the classic. Guitarist Monte Montgomery performs “North Star” with Hall and it is a welcome addition to the collection.

What is missing on Before/After, however, are his duets with Dusty Springfield (“Wherever Would I Be”), Sound of Blackness (“Gloryland”) and B-Legit (“Ghetto Smile”). It would have been nice to have these songs included to give an even more well-rounded view of Hall’s solo career. But this is a small complaint given that there are two CDs of outstanding music. Some of the songs may sound a little dated, given when and how they were produced, but again, they serve as a time capsule. BeforeAfter is a brilliant compilation. Hall, who put it together, has done an excellent job of highlighting his solo career and providing a chance for fans to catch up with his solo material.

Born and raised in Whitby, Aaron discovered music through his love of The Beatles. This led to a career in radio, writing for various publications, and ultimately a radio show about The Beatles (Beatles Universe), which ran for over four years. When not immersed in music, Aaron enjoys spending time with the loves of his life -- his wife Andrea, and daughters Emily and Linda (all of whom have an intense love of music too).
RELATED ARTICLES
album reviewalbum reviewsbeforeafter
9.0