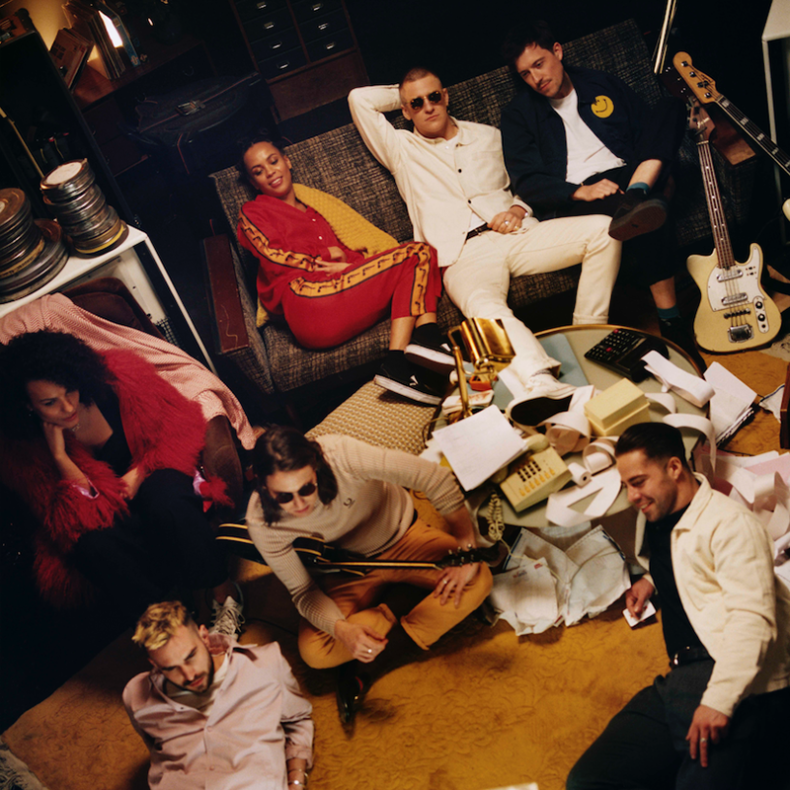 Towards the end of 2013 Jungle burst onto the scene with their first two singles: “The Heat” and “Platoon”. Appearing out of nowhere and propelled by feverish word of mouth online and IRL, Jungle would transform over the next few years from an anonymous production duo to a kaleidoscopic, personality-filled seven piece live band built around the core duo of Josh Lloyd-Watson and Tom McFarland, whose debut album (2014’s self-titled Jungle) was one of the year’s defining debut records; one that would end up nominated for the UK’s Mercury Music Prize and go on to sell over half a million copies.

Today, Jungle return with a set of new songs, each showcasing a very different side of their sound. AA sided single cuts “Happy Man” and “House In LA” are the first tracks to be revealed from Jungle’s forthcoming second album which was recorded in London; Josh and Tom describe it as “a post-apocalyptic radio station playing break up songs.”  If Jungle’s first album was their imaginary soundtrack to the places they had never been, their new record captures the landscapes they had so often dreamed of. To write and record the new album, J and T swapped Shepherds Bush for the Hollywood Hills. Their romanticization of The California Dream clashed with the reality of living it—although the experience led them back home to London to finish the album, the journey itself ultimately defining the music it produced.

“Happy Man” sees the band visiting themes of disenfranchised youth in an era where the dreams of the Baby Boomers are out of reach for a younger generation (lyrical terrain previously explored in Jungle’s crossover anthem “Busy Earnin'”). It’s accompanied by a stunning video that, for the first time ever, gives you a glimpse inside Jungle’s world by introducing the band and new Jungle member Zangi who can be seen dancing in the video.

“House In LA” is a complete 180 handbrake turn from “Happy Man”. It finds the band holed up in the hills of Los Angeles, choppers whirring in the background, heartbroken, regrouping and soul searching (“I feel alive in the sunlight / All my fears are only real life…two whole years on a re-write / tell my friends I’m gonna be right there…”). And from that a modern psychedelic anthem emerges that is Jungle’s finest production moment to date, making full use of the armoury of live sounds they developed touring the world over the previous five years.

Meanwhile, following recent appearances at Coachella, Jungle are currently out on a European headline tour. Today they have also announced more UK and European dates plus the band will return to north America in June for a run of further headline shows around an appearance at Bonnaroo. The full set of dates are below, with full details available here.

by Gerrod Harris on May 21, 2021
The Jailbirds Jungle Global Robot Global Entertainment One of Ontario’s hottest rock bands, The Jailbirds, has returned with its sophomore EP. Jungle is the long-awaited release following [...]