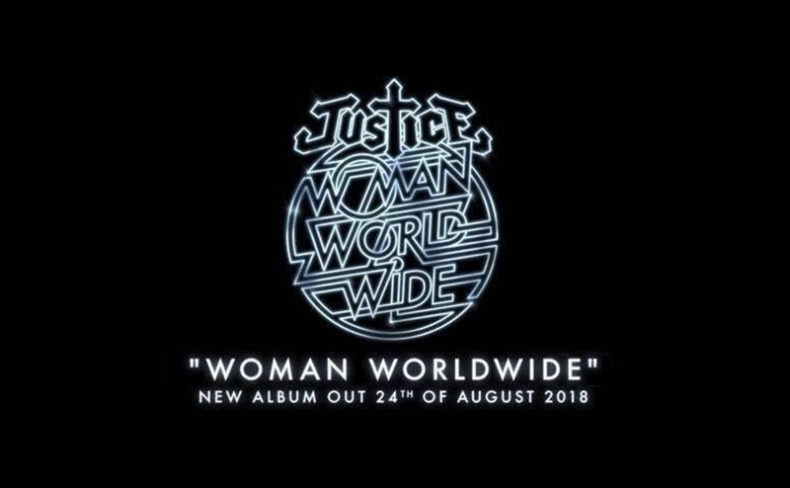 Having shared a brilliant animated video for new single ‘Stop’ earlier this week, Justice, the Paris-based duo aka Xavier de Rosnay and Gaspard Augé, today announce their forthcoming album Woman Worldwide, set for release on August 24 via Ed Banger Records / Because Music. The duo created the album as a result of Xavier and Gaspard adapting their songs to be played on tour, in the process discovering a new dimension in their live form. After one year of testing, performing, refining, and recording them on the road, they went back to the studio in Paris to give them the polish and precision that live performance doesn’t always allow.

Making a new album of re-envisioned songs inspired by their love for their live manifestations is in line with Justice’s release history thus far, which has been two studio albums each followed by a live recording. But, rather than repeat themselves, Justice made Woman Worldwide to sound like a proper studio album, whereas A Cross The Universe and Access All Arenas purposely approximated the sound of bootlegs. The new set also fittingly acts as a celebratory anthology of the duo’s trailblazing first decade together.

Justice revealed the album news and artwork following a live performance at the Google I/O conference in California yesterday, which was streamed live on YouTube along with the ‘Stop’ music video. The video was created by Mrzyk & Moriceau, the French creative duo who have previously animated music videos for the likes of Air and Sébastien Tellier.

Justice will continue to perform live across the globe in 2018, with appearances at Las Vegas’ Life is Beautiful festival, Austin’s Austin City Limits with more US dates in the works. Full dates are listed below – head to the band’s official website for ticket info: www.justice.church

SPILL NEW MUSIC strives to keep our readers up-to-date with new releases by your favourite artists, keeping you informed of new album, single, and video releases. Stay tuned -- who knows, you might just discover your new favourite band.