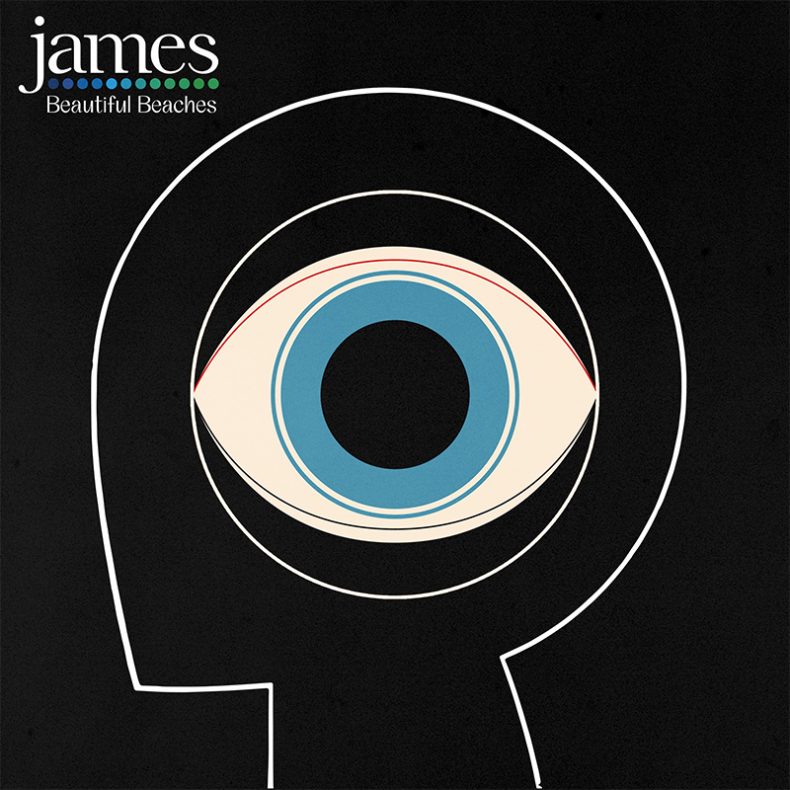 UK alternative band James announce the release of “Beautiful Beaches,” taken from their forthcoming album All The Colours Of You (out June 4).

A resident of Topanga Canyon for many years, Tim Booth wrote the lyrics of “Beautiful Beaches” in response to climate change migrations and the subsequent increasingly regular Californian fires bringing devastation to his community. It was inspired by a friend who lost his ‘fire proof’ home and had to flee for his life to the beaches and a recurring vision Tim had last year of earthquakes and fires in California – a vision which resulted in his family packing up and leaving the Canyon. ‘That life we left behind, we’re racing down to those beautiful beaches’.

“We love how this song is so uplifting, focusing on new beginnings,” Tim says. “I like the idea that many might not know the backstory and hear it as a post Covid holiday song! Praying that the lyrics don’t turn out prophetic.”

James’ sixteenth  studio album, All The Colours Of You was recorded in part before the Covid pandemic struck and is produced by the Grammy award-winning Jacknife Lee (U2, REM, Snow Patrol, The Killers). Matching the energy of the lyrics, Lee brought a fresh approach to James’ sound, working remotely from his studio with Booth (Lee’s Topanga Canyon neighbor) and liaising in a daisy chain with fellow band member Jim Glennie, reimagining their demos, and capturing the band in all their virtual glory.

The result is a record with the most fresh and festival ready tracks of their 39-year career, the sound of one of Britain’s best bands, deconstructed and reassembled by one of the world’s most renowned producers.

Since their breakthrough single in 1991, “Sit Down”, James have released fifteen studio albums, selling over 25 million copies in the process, and performed countless headline shows and festivals across the world. Many in the US will know James from their 1993 hit “Laid” which charted on the Billboard Hot 100, was featured as the theme song to the American Pie movies and has appeared numerous times in film and tv over the years. They continue to be a huge live draw, having sold 60,000 tickets for a UK arena tour scheduled for this November and December; a tour which has sold faster than any previous James tour. Their last US tour dates were a 2019 sold out, national run of shows with the Psychedelic Furs.

James
All The Colours Of You
(UMG/Virgin Records)
Release Date: June 4, 2021