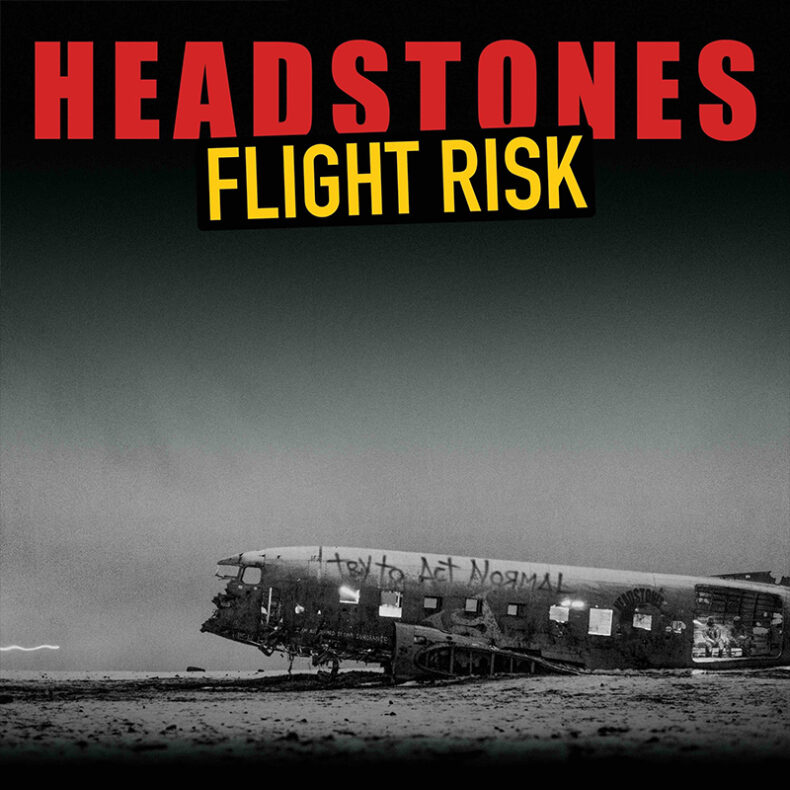 The Headstones are back with their highly anticipated full-length album Flight Risk, out October 14 via Known Accomplice. Flight Risk is pre-apocalyptic rock and roll at its finest, following up their 2019 release PeopleSkills, which garnered two Top 10 radio hits with “Leave It All Behind” and “Horses”.

This is one of the most subversive Headstones rock and roll records to date. Flight Risk is the result of years of relentless work ethic and dedication, a testament to the long-standing relationships within the band and their team. The album features a surprise co-write on the track Ashes, between Hugh Dillon and long-time friend and collaborator Taylor Sheridan; one of the most prolific, premier storytellers of his time, and architect of hit series’ Yellowstone and 1883, Oscar-nominated films Sicario and Hell or High Water.

The first track “Tangled” – shared last month – is a monstrously uncompromising ode to the 21st century, with elements of Link Wray, The Deadboys, and a hint of Dylan-esque disregard. The track is burning up rock radio with plays at Indie88 (Toronto), Live 88.5 (Ottawa), The Bear (Edmonton) and landing on key Spotify playlists Ready To Rock and New Music Friday.

The title track “Flight Risk” – out today – is a defiant yet intricate juxtaposition of lyric and music, showcasing the band’s incredible songwriting talent, alongside Dillon’s rapid-fire vocals.

The album is available to pre-order/pre-save HERE.

by SPILL NEWS on February 9, 2020
HEADSTONES SHARE VIDEO FOR “HORSES” | PEOPLESKILLS NOMINATED FOR A JUNO FOR ROCK ALBUM OF THE YEAR [...]
7.0

by SPILL NEWS on September 20, 2018
HEADSTONES ADD MORE SHOWS TO THE PICTURE OF HEALTH TOUR ALBUM RE-ISSUE DUE OCTOBER 26 VIA CADENCE RECORDINGS To [...]