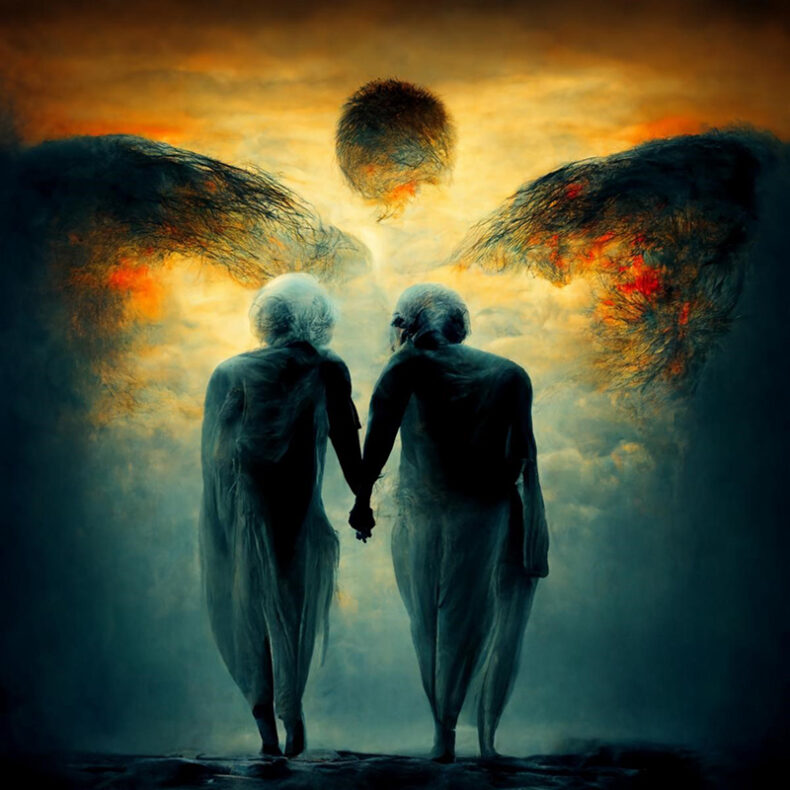 RIAA platinum certified indie pop duo flora cash is proud to share today “Soul Mate (Orchestral Version)” from the band’s upcoming release, a unique, symphonic re-imaging of their third album our generation (Another Time) due out January 20, 2023. The song (the original version of which has 15 million streams on Spotify and 2 million on the music video) is available now via the Flower Money Records at all DSPs and streaming services HERE. The band also announces that the previously mentioned third album, our generation, will be available on vinyl starting September 9.

The band, married couple Cole Randall and Shpresa Lleshaj collaborated with Jordan Grigg for the new instrumental album. The Canadian Grigg has had his compositions performed by a variety of ensembles such as the Symphony Nova Scotia, Annapolis Valley Honour Choir, New England Philharmonia and Symphony Orchestra.

“Working closely with esteemed Canadian composer/arranger, and one-time child prodigy Jordan Grigg, we reimagined our 3rd studio album, ‘our generation’ in symphonic terms. The idea was to distill the essence of the music; strip it of its context both lyrically and chronologically and see what remained. Inspired by the idea that the music we make and consume is influenced and shaped heavily by the times we live in, we asked the question: “what would these songs sound like if we’d composed them in some other time?” our generation (Another Time) is the answer we received.”

The story of flora cash coming together has been recounted many times, how Minneapolis-native Cole Randall uploaded his music to Soundcloud and caught the attention of Sweden-based Shpresa Lleshaj. The pair soon began playing music together, forming a relationship that would eventually blossom into marriage. What is less known is the difficult and unordinary childhoods both had to endure. Lleshaj’s family escaped the war in Kosovo before settling in Sweden, while Randall’s father was incarcerated when he was young. His mother worked her way through college and it was Cole’s grandfather who became his de facto father, whose advice that he should “aim high…cause 99 percent of the people never really live before they die,” is repeated throughout our generation’s powerful “A good childhood.”

flora cash debuted with a series of independent releases, followed in March 2016 by an acclaimed seven-song mini-LP, Can Summer Love Last Forever? The band’s full-length debut album, Nothing Lasts Forever (And It’s Fine), arrived the following year, highlighted by the global smash single, “You’re Somebody Else.” First released in 2017, the RIAA platinum certified single has proven a true viral phenomenon, currently boasting over 300M worldwide streams while ranking as one of Shazam’s Most Shazamed Alternative Songs in both 2019 and 2020. Hailed by Forbes as “arguably the most intriguing song on radio this past year,” “You’re Somebody Else” was equally popular at multi-format outlets nationwide, reaching #1 at Alternative and Triple A while also ascending to the top 5 on Billboard’s “Hot Rock Songs” chart. The track – which has also inspired countless TikTok videos in recent months – is joined by an official lyric video, now with over 175M views via YouTube alone.

In 2020, flora cash released their much-anticipated sophomore album, Baby, It’s Okay, highlighted by the hit singles, “Missing Home” and “They Own This Town” and praised by Atwood Magazine for its “stunning display of stripped back, emotive songwriting,” whose “minimal introductions and impressive vocal lines are laced over lush, electro-pop instrumentals as delicate as they are organic, all delving into relational themes…a stunning second album.”

by Sydney Savage on October 22, 2021
WISH I COULD DO IT ALL AGAIN A CONVERSATION WITH FLORA CASH “We want this record to speak to people who have dreams but are on the brink of giving up,” says Flora Cash during a conversation to discuss Our Generation. The Swedish/American, Indie [...]