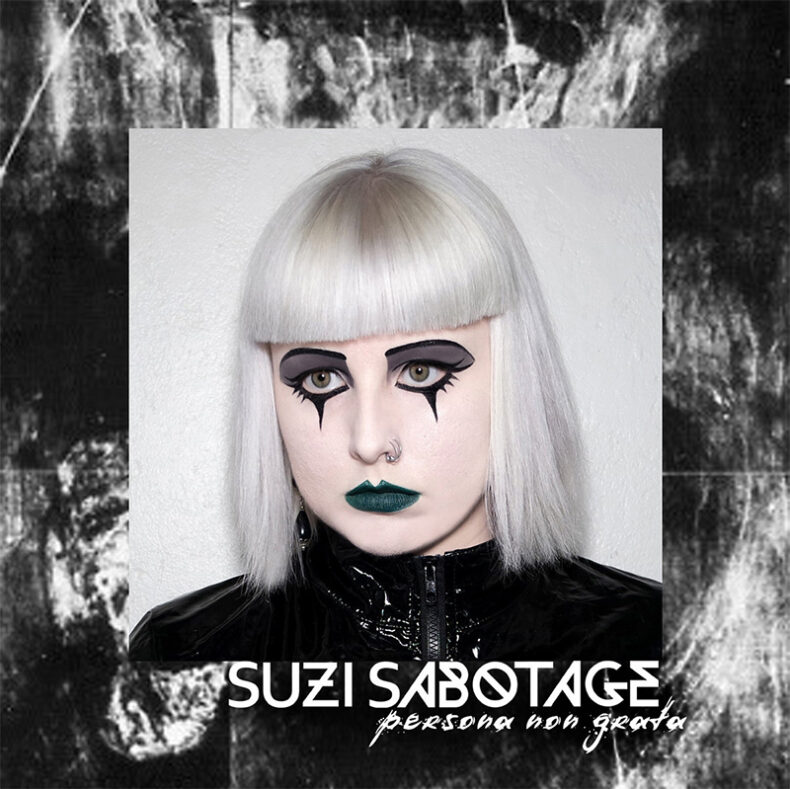 Suzi Sabotage is a dark coldwave solo artist from Helsinki, Finland, and her wintry, gloomy, synthpunk soundscape is both danceable and ethereal. The media had even called Suzi the ‘Finnish siren’. She comments about the song that leaves conformity out in the cold: “Persona Non Grata is a song dedicated to anyone who feels excluded and left out because of being different from others. It’s an ode to outcasts and non-conformism.”  Sabotage devoted the track to the social misfits who feel the sting of exclusion. Stream it here: https://suzisabotage.lnk.to/personanongrata. Suzi exudes an air of desperation with her distinctive voice.

Suzi Sabotage began her solo career in 2017, steering her repertoire in a darker direction with the single “Persona Non Grata”. The Helsinki-based artist’s music can be compared to that of Siouxsie and the Banshees.