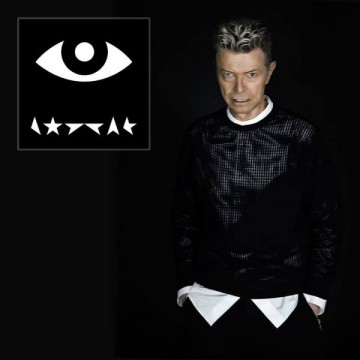 Just in case you haven’t yet heard the buzz, David Bowie is set to release a brand new album, ☆ (pronounced Blackstar) on January 8, 2016, his 68th birthday.  He has now released the the full audio track of his third single from the album, “Lazarus”. The song was performed on “The Late Show With Stephen Colbert” last night, by Michael C. Hall.The LP’s title track was released November 20, and “It’s A Pity She’s A Whore” was released November 10.  Recorded at Magic Shop studio in New York, Bowie’s 25th studio album will be a 7 track LP, which a Bowie Insider has deemed to be “completely bonkers”.  Can’t wait!