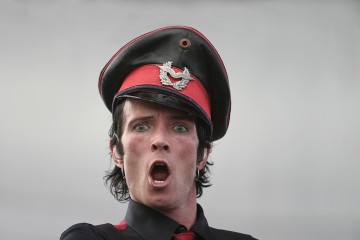 Weiland Died Of A Toxic Mix Of Cocaine, Ethanol and MDA


Sadly, this is not the news we were all hoping to hear.  Toxicology reports confirm that Scott Weiland, former frontman of The Stone Temple Pilots and Velvet Revolver, died of an accidental drug overdose on his tour bus, just two days after having played his final show in Toronto. Weiland was found dead on his tour bus around 8:30 pm on December 3, 2015.  He was 48 years old.

Reports show that he had a lethal mix of cocaine, ethanol and MDA in his blood, a drug similar to MDMA or ecstasy. The report also indicated “other significant conditions are noted as atherosclerotic cardiovascular disease, history of asthma and multi-substance dependence”, conditions which may also have contributed to his death. The report was released by the Hennepin County Medical Examiner in Minneapolis, where Weiland died. 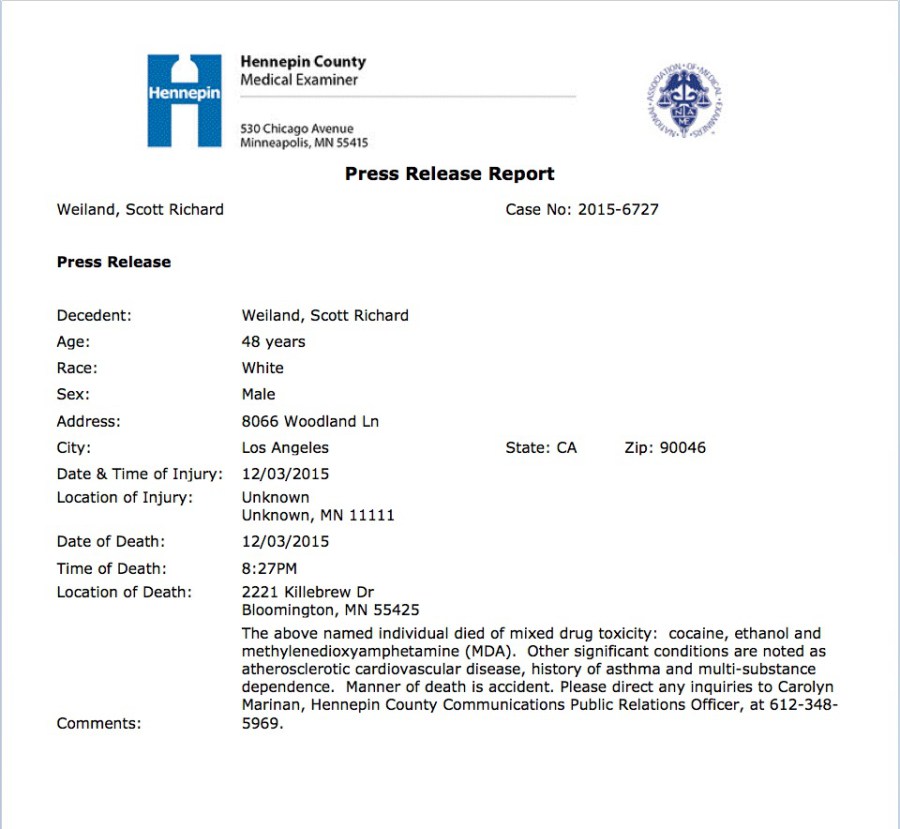 SPILL NEWS strives to keep our readers up to date with news and events in the music industry. We keep you informed of the most recent information regarding new releases, tour dates, and information items about your favourite artists.
RELATED ARTICLES
newsscott weiland