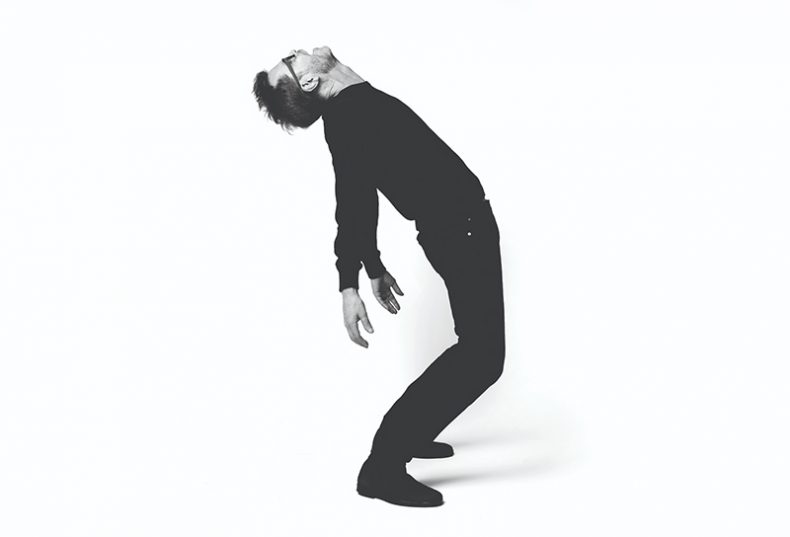 BOWIE, BLOW, AND WORKING IT OUT ON THE BANDSTAND

A CONVERSATION WITH DONNY McCASLIN

While perhaps best known for his work on David Bowie’s Blackstar, Donny McCaslin continues to affirm himself as a shaper and brilliant influencer among the modern jazz era. His latest record, Blow, is the last thing you’d expect from one of New York’s premier jazz artists: an art rock, contemporary pop, jazz fusion odyssey that follows a long tradition of jazz giants – à laDavis, Coleman, and Coltrane –of pushing the boundaries and expectations beyond into the unknown.  Currently on tour throughout North America, McCaslin and I spoke about Blow, songwriting, and Bowie.

“It’s funny, ‘cause this project is one that, ten years ago, I never would have imagined I would be doing,” McCaslin tells me. Blow, released on October 5, 2018, is a post-genre piece of art which pulls influences from all avenues of popular – and not so popular – music. While firmly planted in McCaslin’s jazz roots, the album is incredibly experimental in a contemporary setting, often playing on trends, tones, techniques, and textures found in pop, the blues, soul, and the whole spectrum of rock. 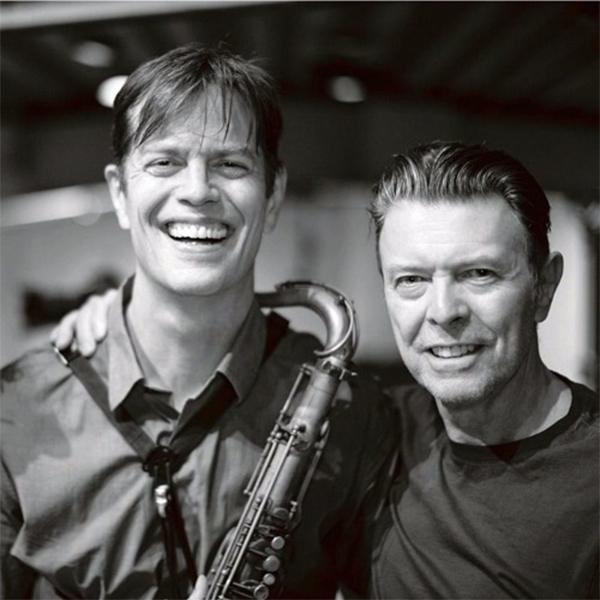 McCaslin continues, “This project stems from a series of events that led me to where I am right now, and where my musical vision is right now. It felt really unexpected.” As a result, Blow stands drastically different from anything else in McCaslin’s catalogue. “I was primarily doing instrumental music, with the saxophone being the lead voice and a lot of improvising,” he explains. “And while preparing for this new record, I just started to hear something different… a lot of things had happened which had changed my perspective of music and shortly after the Blackstar experience, I started to feel that really anything was possible. I started to hear vocals and lyrics and I wanted to explore the poetry of music and how I could integrate that with everything else.”

Currently, McCaslin and his all-star band are on tour. Having recently wrapped up the North American leg of the Blow tour, which featured a number of Canadian dates, McCaslin is currently trekking across Europe. In a true jazz fashion, his performances remain exciting, spontaneous, and fresh, McCaslin elaborates, “I’ve been collaborating with Ryan Dahle [of Limblifter and Mounties] and we’ve written a whole new series of songs which we’ve been unveiling live on stage. It’s been really fun to explore these new songs.” He then adds that he planned to record some of these songs in late June at Union Sound Company before performing at the Toronto Jazz Festival. “We’ve essentially been playing songs from Blow while also debuting these new songs,” McCaslin further explains. “It’s been exciting for us to play all this stuff and adjust things as we go. We’re always refining them as we go, we’re working it out on the bandstand.” 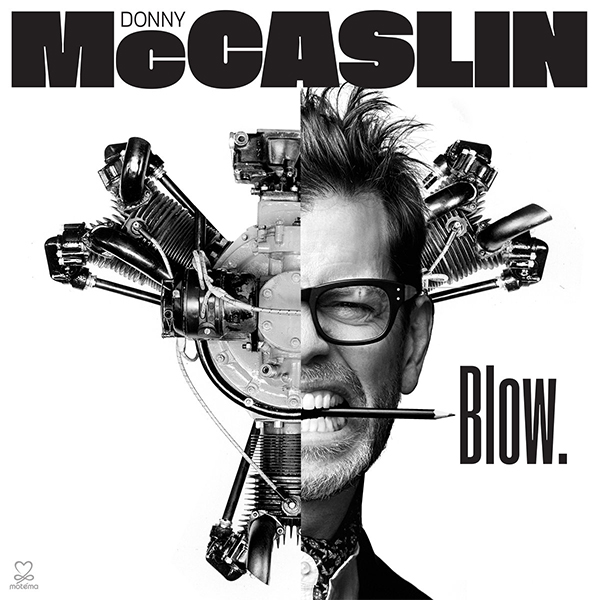 While originally released in January of 2016 – two days before Bowie’s unexpected passing – McCaslin speaks about the making of Blackstar as if it was yesterday. “It was a transformative experience for me: personally, artistically, professionally,” McCaslin starts off, continuing, “We tracked in The Magic Shop – a studio in New York that is no longer there, sad to say – in total for about three weeks… We got together once to rehearse and then we started recording.”

Speaking on how they met, McCaslin explains that “I had met him through Maria Schneider who recommended me to him, and she showed him a record of mine, Casting For Gravity… Eventually they came down to hear us play in a club in New York City. I was aware he was there, but I didn’t meet him that night, I only saw him out of the corner of my eye.” McCaslin continues, “It wasn’t until the first rehearsal for their collaboration, which I was a part of, where I actually met him. I gave him my contact info and the next morning he emailed me… saying that he would love to do a couple of songs with me and my band and he sent a homemade demo of ‘’Tis A Pity She Was A Whore’, and that is where it all really started.” 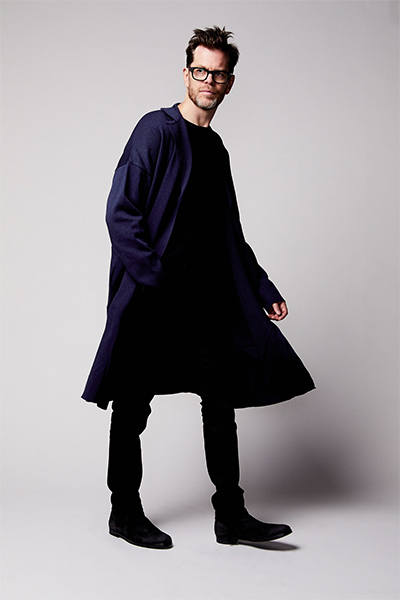 Sadly, McCaslin explains that he and Bowie had plans to work together once again: “The last time we spoke, we were talking of recording in January – that being the same January Blackstar was released and he passed away. I was about to play a week-long gig in New York City that January, and he was planning on sitting in where we would perform a couple songs from Blackstar. Of course, we didn’t tell anyone about it and of course it was depending on his health. It comes as no surprise that he was always this restless artist, kinda always looking forward, and that he was planning more.”

As we started our conversation, McCaslin exclaimed, “It’s a really exciting time right now. It’s a really busy time.” This would understandably be the case for anyone coming off a recent record and embarking on such an expansive tour, but that was clearly just the tip of the iceberg. Not only has McCaslin been working with Dahle on new material, but he is also gearing up for a double single release later this summer, featuring none other than former Bowie collaborator and current bassist for Lenny Kravitz, Gail Ann Dorsey, on vocals. While Dorsey had originally sung on the closing track from Blow, “Eye Of The Beholder,” McCaslin tells me: “It’s different. It’s Gail’s majestic voice backed by the sax and all these woodwinds. It’s a way for me to express my artistic vision without it being about the saxophone.”

Naturally, if you’ve listened to Blow, this a collaboration to be excited about. It is worth even more anticipation to hear that McCaslin does not seem to want to slow down. Throughout the length of our conversation, he was cool and collected… And yet, like the artist he is, you could tell he’s itching to make his next move. Between Blackstar and Blow, I am both curious and excited to hear where the expressive creativity of McCaslin takes us next.

A passion for music has always been a part of Gerrod’s life. As a young boy, he was raised on a steady diet of the music from The Chili Peppers, Aerosmith, The Stones, Prince, and others from his mum. Raised in the GTA, Gerrod continued to foster his love for music by attending a wide range of concerts and learning the drums. His unapologetic passion for music has no bounds and has spread to a wide variety of styles, whether it be the 90’s rock that sound tracked his teenage years, the jazz he studied in university, or his newfound love for hip-hop. He recently received his bachelors in music and education from York University and is passionate about writing and reviewing good (and less than good) music. Gerrod is also the drummer and songwriter for a Toronto based rock & roll band, One In The Chamber.
RELATED ARTICLES
blackstarblow.david bowie