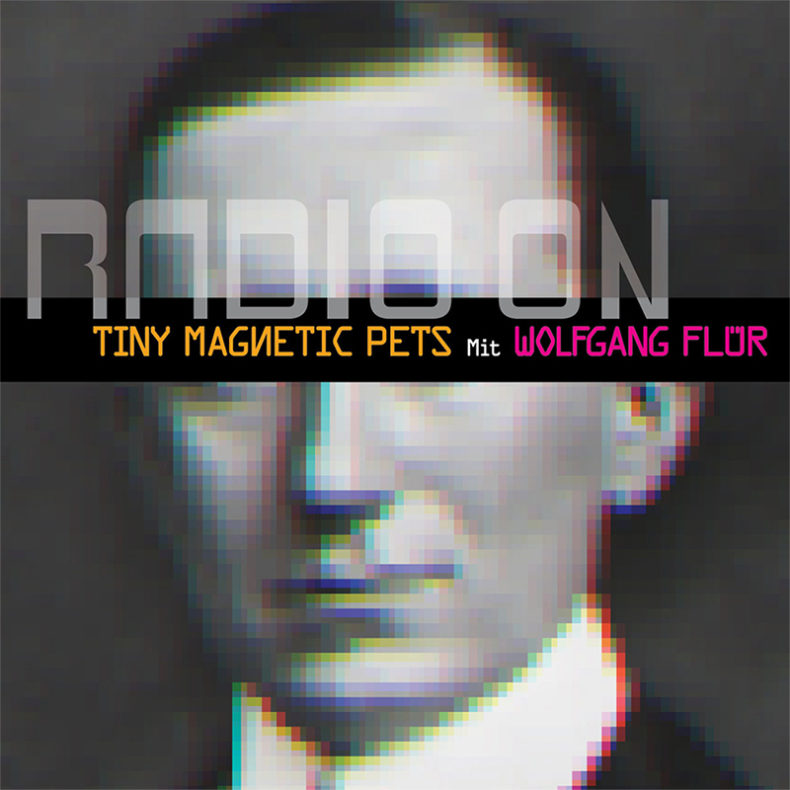 The single taken from their hit album Deluxe / Debris is a collaboration with ex-Kraftwerk member Wolfgang Flür.  Combining the pure-pop melodies of Paula Gilmer and a droll spoken word vocal from Wolfgang Flür, sonically the track sits somewhere between the broody atmospherics of Bowie’s Berlin period and the 80’s pure synthpop of Visage or Ultravox.

It has been a mighty 12 months for the Dublin based band; in November 2017 they completed a 20 date tour with 80’s pop-legends Orchestral Manoeuvres in the Dark.  2018 has seen festival shows in Germany and the UK as well as their first headlining tour.

This single features four takes on ‘Radio On’. Along with the original mix from the band it offers a pumping floor-filler from Outernationale, the pastoral mellotron tones of Alice Hubble, and closes with the epic neon reflections of The Leaf Library.

“Working with Wolfgang Flür we got an insight into the Kraftwerk ethic, in that it was a proper collaboration. He didn’t do something that we just dropped in – we actually wrote together, to and from, between Dublin and Düsseldorf. We’d send him something, he’d come back with, ‘oh, it’s over produced, take this or that out, there’s too much going on.’ It was all about stripping the songs back to the basic component parts, the essentials. Anything else for Wolfgang wasn’t necessary. It was a joy to work with him”.

by SPILL NEW MUSIC on May 26, 2018
RODNEY CROMWELL – RODNEY’S ENGLISH DISCO A Spill Exclusive Album Premiere It sometimes happens that you listen to some new music, which transports you to [...]