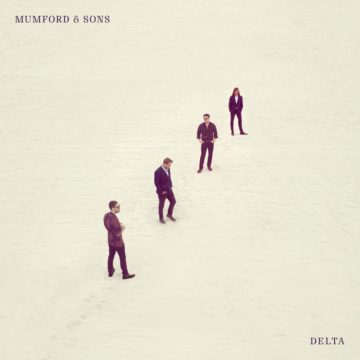 November 16 marks the fourth LP release Delta from beloved indie rockers Mumford & Sons. It is also the first date of the band’s biggest tour, with 60 arena dates booked in North America, Europe and Australia. The tour will feature a new in-the-round stage design.

With such drastic musical changes from album to album, it is difficult to anticipate what’s next from the band. True to form, this release has taken a new experimental turn with influences in electronica and jazz.

Released in September, the first single “Guiding Light” gave fans a first taste of what to expect. The song is a fair representation of the new music, as it returns to its acoustic origins, although highly produced and more polished than the band’s roots-folk beginnings.

The album is packed with epic anthems that resonate with 2015 release Wilder Mind, which will well suit the anticipated stadium crowds. Themes of love and optimism are still prevalent; however, a softer sound has replaced the electric guitar edge. Mumford’s distinct harmonic vocals continue to be at the forefront of the smooth melodies.

The second single “If I Say” is a simple and honest love song, perhaps stemming from recent life moments of the band members – Marcus Mumford has had a baby and Winston Marshall was recently married.

As an ever-evolving band, this album affirms that the Mumford & Sons sound is difficult to define. It is hard to say whether the dedicated folkies will be appeased by the new electronic sound or if the big-band rock fans will approve of the mellowed-out guitar riffs. Either way, Delta is an illustration of the band’s genuine creativity through musical experimentation.

See the band live at in Toronto at the Scotiabank Arena on December 17.

Nicole Swanson has recently made the move to Toronto from Fernie, BC, trading mountain life in pursuit of a career in the music industry. She can usually be found at live shows throughout the week, always in search of great new music.
RELATED ARTICLES
album reviewalbum reviewsglassnote records
9.0