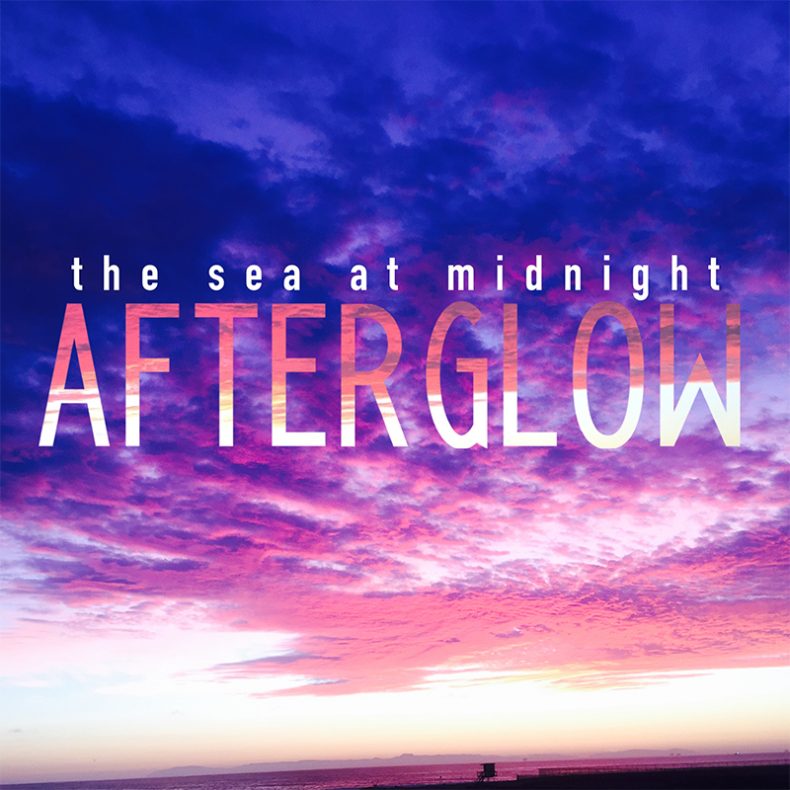 THE SEA AT MIDNIGHT – “AFTERGLOW”

Drawing from the best postpunk vibe the City of Angels has to offer, we are pleased to premiere the new single from Chicago-bred postpunk artist The Sea At Midnight. ‘Afterglow’ is a track that should be on your radar – vibrant, luscious and extremely present. Fans of The Cure and Echo & The Bunneymen, stay tuned for this one – there’s more to come after this single as an album is looming later in 2020.

The Sea At Midnight is songwriter Vince Grant. Inspired by classic postpunk bands like The Cure, Joy Division, the Psychedelic Furs, Siouxsie and the Banshees, New Order and Echo and the Bunnymen, he bought his first guitar at 23 and played in various Chicago bands before eventually moving to Los Angeles.

Vince Grant bounced back and forth between New York and LA for a number of years, playing and singing in numerous bands, working various jobs, and grappling with drug addiction and alcoholism. After sobering up and making a serious attempt at dealing with his lifelong depression, Vince now calls LA home.

This new offering follows up the recently-released single ‘We Share The Same Stars’. Earlier this year, The Sea at Midnight released a string of stellar singles, including ‘Medicine’, ‘Melancolia’, ‘How Many Times’ and ‘Edge of The World’.

“Afterglow is a love story. Sunsets to me are nature’s expression of romance. If I could, I’d give someone a sunset instead of flowers. And twilight is my most favorite time of the day. To me it doesn’t signal the end of the day, but the potential for beautiful moments and experiences that are still to come,” says Vince Grant.

“Afterglow is a liminal space between day and night where the remnants of moments can be sustained in the rays of light that surpass its very source. A sublime in-between state in which ephemerality enhances its beauty,” says the video’s director Paige Emery.

Produced and mixed by Chris King of Cold Showers and with Brandon Pierce of Glaare contributing drums, this is a fresh taste of this artist’s eponymous debut album, due out later this year.

As of September 30, ‘Afterglow’ will be released everywhere digitally and also via Spotify, as well as from the artist via Bandcamp. The full album eponymous LP is due out in autumn in 2020.

Another adrenaline rush from this artist’s previous single:

by Gabrielle Mueller on June 23, 2017
Triptides Afterglow Requiem Pour Un Twister Psychedelic and ethereal, Triptides’ newest album Afterglow proves to be a fantastic addition to this summer’s playlist. With a  beach-pop sound, [...]