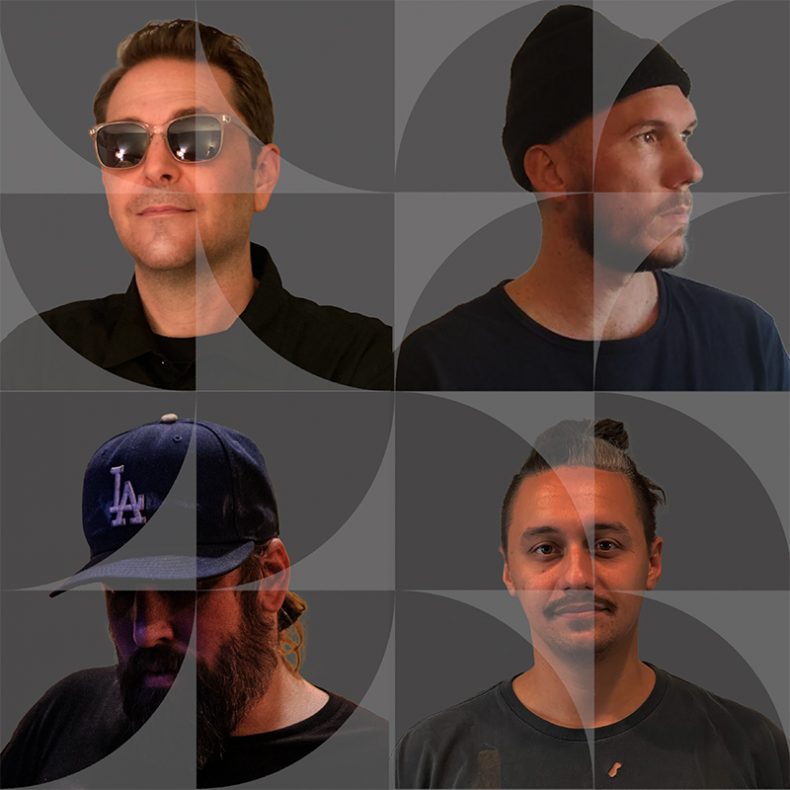 The album has an artful intentionality and natural cadence to its composition. The meditative, atmospheric opening track “Once There” dovetails into a catchy, Bad Seeds meets Bunnymen groove of “Since She Guided You Away” wherein questions of mortality and the afterlife collide. The late-night romantic pursuit of “Tactile Responses” summons sultry Wire and Public Image Limited vibes while incorporating beautiful, bowed-like choral guitar effects. Side A flows to conclusion with the shimmering, and faster-paced, “Heavy Circles” oscillating between driving, frenetic moments and textured, ethereal passages.

Side B launches with the intoxicating and gauzy, “Verdant Return” that features jaunty melodies and blooming choruses juxtaposed with a biting, confrontational lyrical narrative. The hypnotic groove of “Pacifica” eases off the gas pedal with a psychedelic coastal exploration crossfading perfectly into “Portals” a late-night driving track replete with Storm In Heaven textures and propulsive energy framing desert-evening ruminations about space and time. “Sleepwalking Again” closes the album reflecting upon exhausting, widening income inequality and social movements with a simmer- to-a-boil composition that conjures the more reflective moments of Unwound and early Black Rebel Motorcycle Club.

Bright and gleaming at times, warm and meditative at others – Sparse Illumination effectively creates a seamless, lysergic journey filled with potent lyrics coupled with a rush of multi-chromatic textures anchored by magnetic bass grooves and feverish drumming.

Christopher Goett (Silo Halo), the main creative force of Blackout Transmission, had a growing body of work since his return to Southern California after a decade in Washington, DC. He attributes reconnecting with longtime friend Adam D’Zurilla (Sleepmask, Dreamland) as a catalyst to further explore and refine those ideas.

Arrangements were rounded out with the addition of Kevin Cluppert on bass and Anthony Salazar (Teenage Wrist) on drums culminating with the band playing out in late 2019 and harnessing their live chemistry as they entered the studio in early 2020.

A good portion of album was recorded at Dream Machine in Long Beach and produced by Scott Holmes (Highlands) with Goett. “Scott pushed me in the best way to reimagine elements of my approach” says Goett, “as such we captured the vibe and feel that I was seeking with these songs.” The pandemic forced Goett to finalize many of his overdubs at his home studio in Los Angeles (Twin Dragon West) as well as birthing two additional tracks included on the LP.

Collectively, the eight tracks on Sparse Illumination combine for a tight 34-minute dose of post-punk, shoegaze, and neo-psychedelia that evokes low-shutter-speed nocturnal journeys through desert canyons and winding coastal highways.