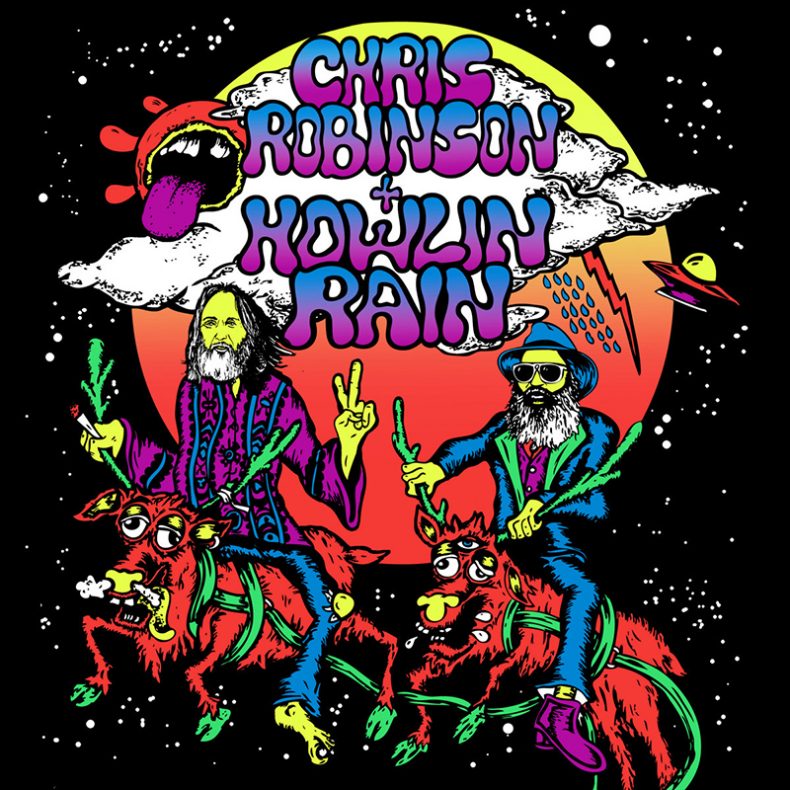 Ethan Miller’s Silver Current Records have released Chris Robinson and Howlin Rain’s studio-recorded debut together in the form of a special limited edition 7-inch of two rip-roaring Mott the Hoople covers: “Sucker” and “Death May Be Your Santa Claus.”

“In 2019, Chris Robinson came and sat in with Howlin Rain in San Francisco during our performance at The Chapel. We played Mott The Hoople’s ‘Sucker’ and it was a blast,” remembers Ethan Miller. “As the pandemic came in the following year, sit-ins and live gigs were a thing of the past for awhile and we turned our heads toward the studio for these kinds of endeavours of kinship and collaboration. CR chose one more of his favorite Mott songs and we were off to the races.”

Editions include a special black light screen-printed version, a small handful of signed test pressings and a retail version that will be released in shops for Record Store Day on April 23, as well as, digital formats.

The tracks were recorded at Palomino Sound by Jason Soda, The Mansion SF by Eric Bauer, Studio In The Clouds by Brett Neuman and mixed and mastered at Louder Studios by Tim Green. Cover art was designed by Nik Gernert.

by Gerrod Harris on May 4, 2022
The Black Crowes 1972 Amazon Music For their first collection of new, recorded material, the recently reunited Black Crowes have partnered exclusively with Amazon Music to deliver 1972. The [...]

by SPILL NEWS on July 12, 2021
THE BLACK CROWES PARTNER WITH THE CODA COLLECTION TO RELEASE [...]