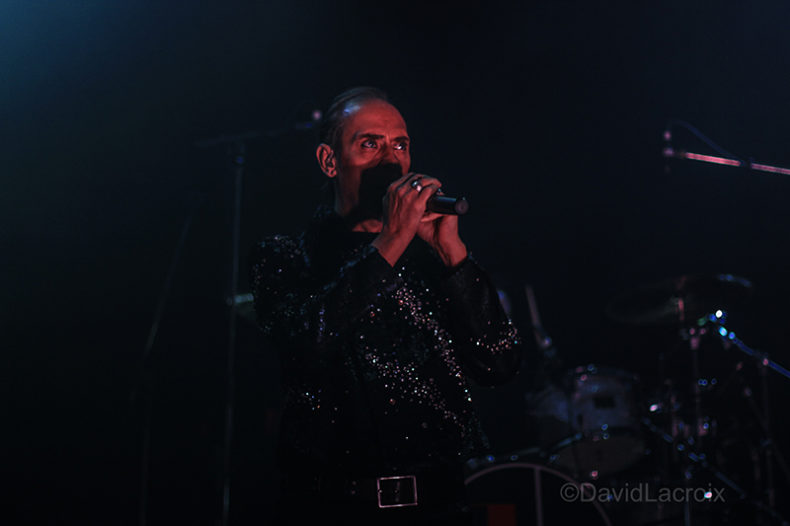 Vancouverites turned out in full force tonight to see a goth-rock legend in the flesh. Performing a meaty set of Bauhaus classics, including a full performance of the record-breaking independent release “In the Flat Field”, this particular tour included the essential touch of founding bassist David J. On a shadowy stage, Peter Murphy led his band on an adventure through his most celebrated and iconic work. Seemingly inhabited by dark spirits, Mr. Murphy spent the evening stoically brooding onstage, in the enigmatic style of a gothic king.

The show began with the unsettling guitar distortion of “Double Dare”, coupled with David J’s bold, cutting bass. The sight of Murphy, who last performed in Vancouver in support of his solo record Lion in 2014, incited echoes of excitement from the sold-out Saturday night audience. Throughout the night, the Vogue Theatre remained saturated with gothic enthusiasm. Subtle contortions and movements demonstrated Murphy’s commitment to playing the role of Mr. Moonlight. Mr. Murphy isn’t quite as physically active onstage as Gary Numan, but then again, few frontmen are. With tortured screams and dark, crooning moans, Bauhaus made an important mark with 1980’s In the Flat Field, as the largely black-dressed audience could attest. Brimming with a chaotic, otherworldly energy, the performance rolled along from one dark, twisted number to another, before culminating in the raw and savage “Nerves”. From demonically-toned guitar to the perplexing keyboard melody, the sheer power and artistic brutality of the song was a definite evening highlight. 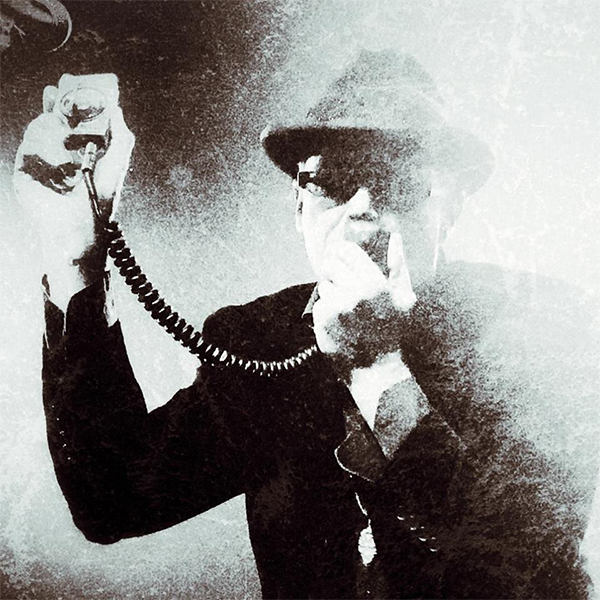 After a brief pause, Murphy & company launched into a set of Bauhaus deep cuts and fan favourites, ranging from the band’s earliest 1970s recordings to their latest studio album from 2008. The Vogue Theatre bristled with excitement as the unmistakable drum beats of “Bela Lugosi’s Dead” signaled the performance of the beloved rock standard. The hard-hitting imagery, such as “red velvet lined the black box”, was all the more palpable in the physical presence of a gothic legend. If Edgar Alan Poe were alive, he would probably listen to Bauhaus. By the end of the eight-minute song, Murphy had the whole theatre singing harmonies. Next, the band kicked into the cinematically dim “She’s in Parties”, a lively and polished single from the album Burning From the Inside. The newest composition, “Adrenalin”, from Bauhaus’ 2008 release, sounded at home alongside the band’s more classic cuts.

For an encore, the volume was toned down slightly for the acoustic “King Volcano”.  Although his principal set remains consistent, Murphy switches up his encores for each performance, pulling out many deeper tracks. “Kingdom’s Come”, also from Burning From the Inside, ended the evening on a particularly contemplative note. Murphy is a dramatic stage presence with a skilled group of musicians, but the inclusion of David J’s hard, harrowing bass was this show’s icing on the cake. Forty years on, Mr. Murphy appears as dark, tortured, and entertaining as ever.

The Spill Magazine is a Toronto-based online publication dedicated to covering the independent music scene with a strong focus on our thriving hometown talent. Our writers bring you up-to-date news, in-depth features on musicians and reviews for the latest CD releases. We also travel to the front lines for all local festivals including Canadian Music Week and North by Northeast. Don’t forget to check out our Facebook and Twitter pages for all daily Spill updates.
RELATED ARTICLES
bauhausbela lugosis deaddavid j