SPILL ALBUM REVIEW: STRFKR – BEING NO ONE, GOING NOWHERE (REMIXES) 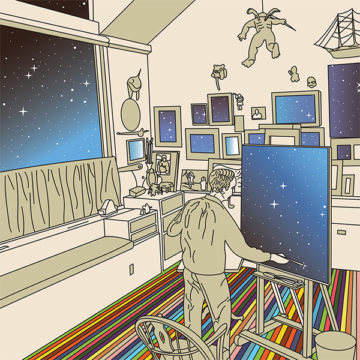 STRFKR
Being No One, Going Nowhere (Remixes)
Polyvinyl

The new take on Stkrfkr’s fifth studio album is an odd one; one that is very difficult in seeing the point of. Whatever structure they created two years ago when the unremixed album came out is lost completely, leaving a mashup of songs without flow or meaning. During the first listen, some tracks were horribly incoherent, others were just there, neither unlistenable or works of art. Synth Pop definitely isn’t dead but it’s difficult to see why anyone thought remixing the 2016 record would be a good idea. One of the more bearable songs, “Satellite”, is actually somewhat enjoyable and peaceful Synth Pop where tracks like “Interspace”, are just odd, experimental noise tracks with no rhythm or melody that end up sounding extremely obnoxious. Artists such as HMLTD, are making waves in the once dead Synth Pop genre and they have much more promise than STRFKR. This album is pointless and is only saved by the fact that some tracks are bearable and not absolute noise pollution.

SPILL ALBUM REVIEW: STRFKR – BEING NO ONE, GOING NOWHERE (REMIXES)

Daniel Smith is a lover of all music, especially anything metal, an experienced concert photographer and a barista at Show and Tell Coffee in Kitchener, Ontario.
RELATED ARTICLES
album reviewalbum reviewspolyvinyl
8.0