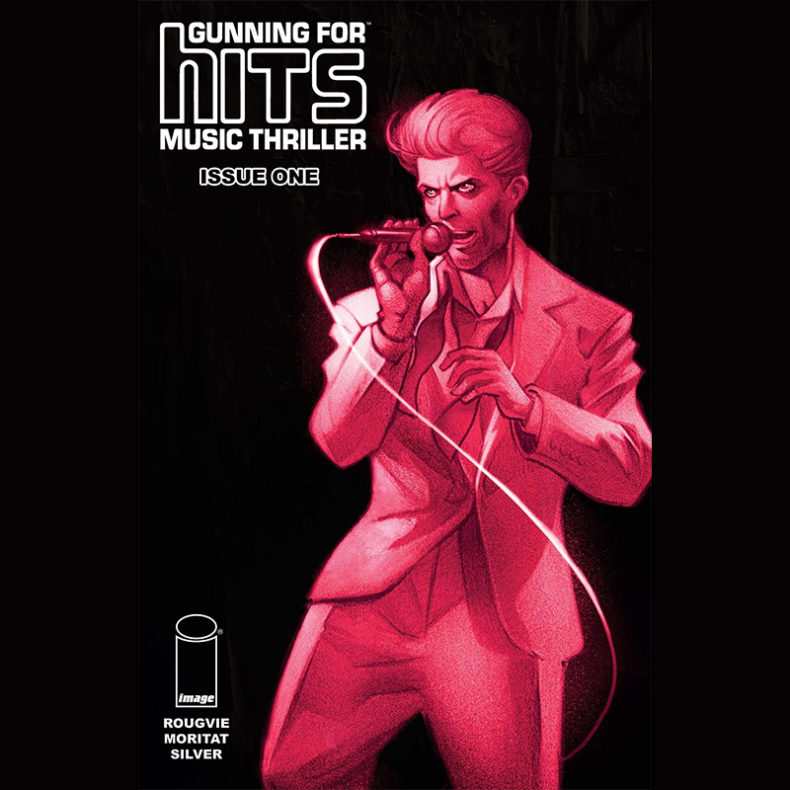 Gunning for Hits is a new kind of reading experience: a comic book about rock ‘n’ roll with a somewhat flawed hero who, in some ways, resembles artists you may know and love. This is the premise behind a new comic book series, subtitled a “music thriller”.  Writer Jeff Rougvie has devised a whole new approach to comic books and a fresh look at music. He teamed up with artist Moritat to produce a stylish and brilliant comic book that will leave you wanting more.

No stranger to either music or magazines, Rougvie is an award-winning music producer and writer, known for his work with David Bowie, Elvis Costello, Big Star, Morphine and many others during his time at Rykodisc. Actually, he is responsible for David Bowie’s brilliant Sound and Vision boxset, one of the first anthologies diving deep into an artist’s archives.

“It was a shock. Our whole pitch to him was that we would not issue crappy compilations because those compilations did not serve him or his fans. They were thrown together. We told him that Rykodisc would keep compilations to a minimum, and I am proud to say we did. But we did issue the Sound and Vision with his cooperation. In fact, Bowie signed off everything issued by Rykodisc”, says Rougvie. 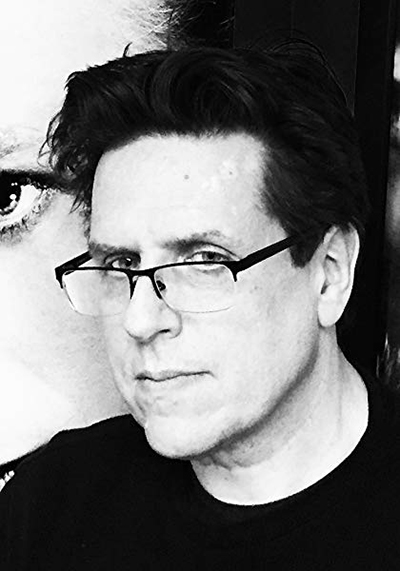 “That box set, Sound and Vision, was a nightmare to make. The physical box I mean. We did not want the shit, flimsy boxes. We wanted something sturdier, and we almost gave up. But I was in Minneapolis and found a small place printed on to die cuts. So that original box with the picture on it almost did not happen”.

Long before he was revolutionizing reissues and anthologies, Rougvie was a writer with his own magazine, Decadus, managing local bands and hosting a radio show in his hometown of Quincy, Massachusetts on the side. He also played in two punk bands (Crawling Smash and Gumby Brothers). This is his first comic book, however.

“I worked with Bowie in 1989, when he was in Tin Machine, this was at the end of the 1980s comeback period. I was working with him and getting label rights to his catalog. But at this time he was dropped by EMI, and on a bit of a down slope, if you can believe it. I saw the darker side of music. I wanted to do a comic book about music but not just a history of it, so I went a different route. But when life makes you miserable, music is always there to make you happy. So both sides of the coin”, Rougvie says.

Unlike other stories based on rock music, Rougvie’s comic (or at least the first issue) is set in the 1980s. 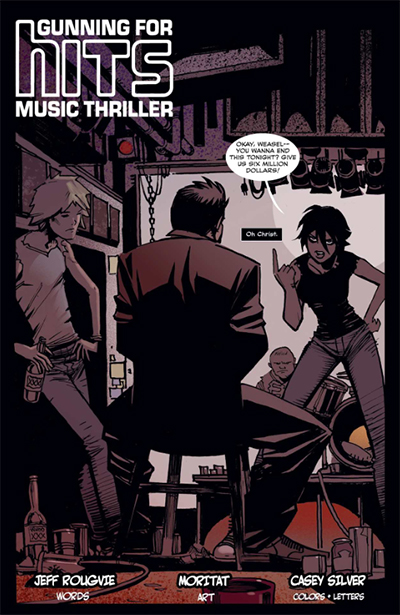 “I lived through the 1980s, and was living in New York City. This is when New York was dirtier, you know Times Square was still gritty. It was also a time when the music business changed, and became more corporate. With CDs coming in, there was value in the old music. It was an exciting era”, says Rougvie.

The main character, Mills is the flawed hero of the story.

According to Rougvie, “Martin Mills is NOT David Bowie, some inspiration, but this is a completely fictional character more inspired by the time than Bowie. I tried to make that clear. Mills does things that David never would. I do share his feelings about music. Mills is more personal to me. I have experienced great frustration with the music business.

“With Gunning for Hits, I wanted to do for music what Mad Men did for advertising, or the police in The Wire, or Breaking Bad did for meth labs”, Rougvie laughs. “Wanted to write good fiction about the music business. A lot of what has been written in the past just did not feel real. People who were writing in the past did not seem to be in the business”.

What does Rougvie hope readers will get out of the comic book?

“I hope people appreciate the art and understand the struggle between art and commerce. When I started writing this I had a story in my head but now I have so many stories. How he became who he is, for example. If people buy this and like it, I will keep going until I die”.

Jeff Rougvie is owner of the Supermegabot label, lectures about working with Bowie, and is writing a history of the Rykodisc label, at one time the biggest independent record company.

by Gerrod Harris on February 7, 2023
IT’S NEVER TOO LATE A CONVERSATION WITH STIX ZADINIA OF STEEL PANTHER With the release of Steel Panther’s sixth album fast approaching, it is a truly exciting time to be a fan of the greatest ‘80s rock outfit to blow up in the last decade. [...]