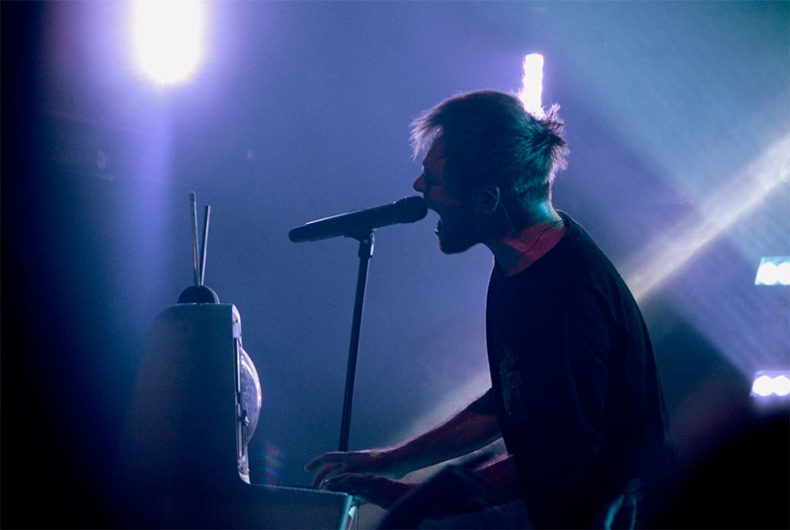 The show had just sold out at the Mod Club Theatre on a misty, chilly night. In the venue, there was a visible fandom for UK band Enter Shikari. About a third of the patrons were sporting the band’s merch. A lot of metal-heads and goths made up the audience even though Shikari’s newest material bounces around between alternative pop and emo and metal. How his new material would play out among “old school” fans would be a mystery to unfold that night.

Only opener of the night, New Jersey’s Can’t Swim drew in quite a crowd, loosely filling the entire floor. Their sound was reminiscent of 2000s emo rock in its song arrangements and annunciation by lead singer Chris LoPorto. But their sound got harder with their newest material, on the edge of post-hardcore. The fans were pleasantly bobbing along until they asked the crowd to make a circle pit which drew maybe ten enthusiastic patrons to hype up the crowd. Throughout their set, their high tempo songs brought out the circle pits on their own. They also had a moment of straight up punk with “a new song” called “Prick.” They did a good job at loosening up the audience for the chaos that would ensue. 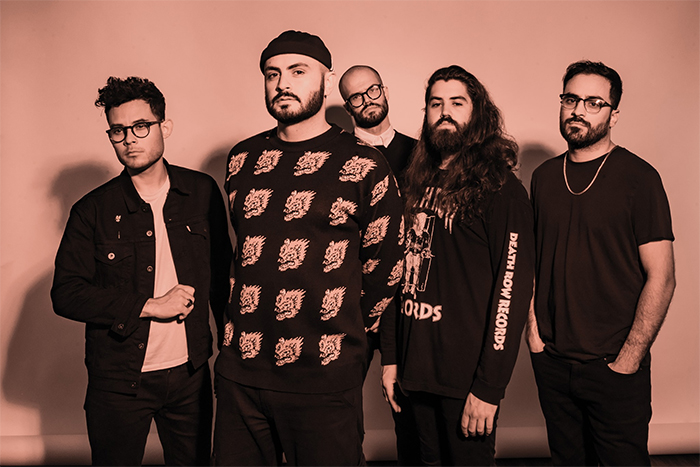 Even in the 25 minutes between Can’t Swim and Enter Shikari, fans were hyping up by chanting some songs and practicing their head banging. At 9:10, the headlining act arrived on stage. There was a curious looking keyboard used by lead singer Rou Reynolds. It was white, L shaped, with blue glowing keys and a circular radar module in the centre. They opened up their set with an electronic build up until exploding into their earlier metal hits which unleashed the crowd into moshing and stage diving antics. Without knowledge of their music, it was impressive how they combined or transitioned between metal rock and what felt like 90s rave music without losing traction or energy. After a couple songs in and ending a particular song, fans still continued to chant the lyrics of said song which had the band looking at their fans, enamoured. Hand on their hearts. Enter Shikari also instructed the crowd the create a circle pit which was a bit more involved than Can’t Swim’s. One of the guitarists hopped from the stage into the middle of the circle pit, acting like the eye of a hurricane. Throughout their entire set, lead singer/keyboardist Rou was erratic and manic energy that was authentic to how he reacted to his music. He really had moments where he looked so lost in what was being played. His voice was also quite dynamic, shown in the quiet build up ballad “Airfield” and his screams in their earlier metal tracks.  Even though there is a clear divide in stylistic changed to Shikari’s music, they played very well with their previous metal material and the fans reacted enthusiastically throughout the entire set. Perhaps the metal songs were a bit more loved by fans, but only a bit. They ended their set by saying the show’s energy was so positive that it’s motivating them to create new material and they are working on it on the road. Excellent live act for fans of moshing and head banging.

Vicki Mahony is taking her hobbies of concerts, photography, and ranting and putting them to good use! She is a live-music photographer and reviewer.
RELATED ARTICLES
enter shikarilive reviewthe mod club theatre