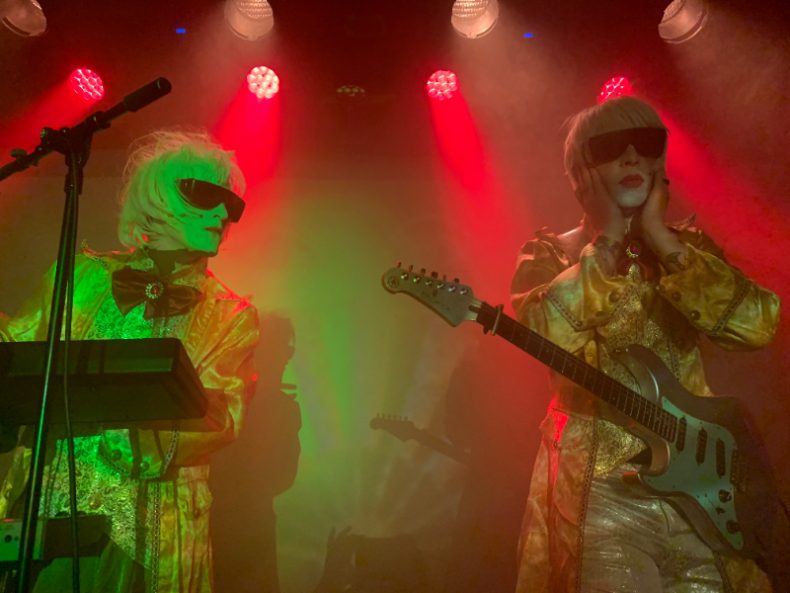 To celebrate the Day of the Dead, Les Caves du Manoir has hosted bands for 30 year, putting on a spooky show in a small wine cellar underneath an even larger wine cellar. The show was in the middle of nowhere and the attendees were from parts unknown as well. People from all over of the world, including Switzerland, Italy, France, America, and Germany, were representing. It was like a secret show in a creepy secret location.

The crowd was dressed up in perfect Gothic attire to fit the mood on this rainy night and they were hungry for the bands, drinking, indulging in a bit of everything. As the clock struck almost midnight, Drab Majesty came out to quite possibly the smokiest stage ever. Barely visible, they kicked off their set with the first song off their new album “A Dialogue”. Dressed in Venetian gold suits from head to toe, as always,their faces were painted white and they wore white wigs and sunglasses.

Lead singer Deb Demure stepped onto the stage with signature fan in one hand and a bottle of white wine in the other. The crowd froze as the meditative opening went on repeating. They they cranked up the speed to 45, a fast as hell version of “Kissing The Ground”.  The band still did not address the audience and there is no visible light showing on them. This made the atmosphere engaging and one needs to really pay attention to the music and less to the performance (which is the point). The sound technician did an incredible job of making the songs loud and hypnotic without one hiccup. The guitarist is running 40 pedals and not once did I hear feedback or a crackle. No band does this these days; Demure is playing with his fingers and running more delay than Slowdive. 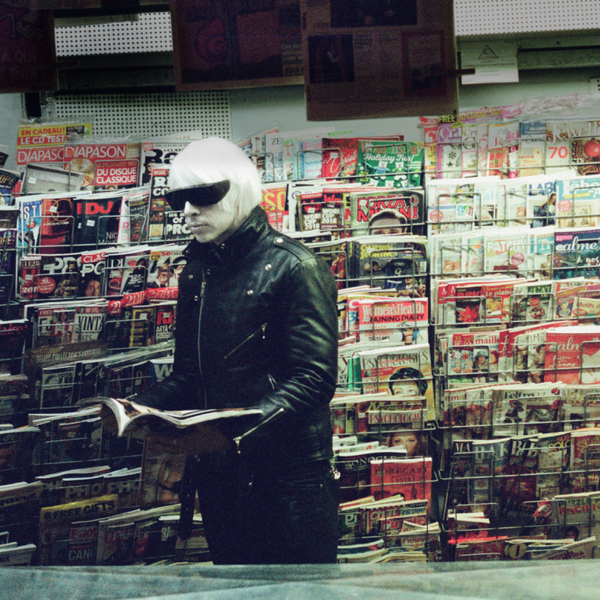 They followed with songs off the new album that got the crowd into a dancing mood, including “Oxytocin” and Ellipsis”. These crowd pleasers will make even the sullenest concert-goer bop their head. In my opinion, the real meat of the show hit. I am talking about “Long Division” and Everything is Sentimental”. The latter was the best version I have heard so far, with the guitar changes that deviate from the album, bringing this classic to the forefront of the show.

The band refuses to let up and cranks out “Noise of the Void” and Cold Souls” back-to-back.  “Noise of the Void” has one of the best bridges since Cocteau twins and this is no hyperbole. “Cold Souls” is an older hit that floats and comes across as the band itself the most genuine underground band right now period. “39 by Design” followed. I am not sure everyone gets the “Heavens Gates” references tonight but they are fantastic as this was a huge theme on their last album. Inspiring their attire and lyrics.

They ended with “Out Of Sequence” which got people shouting in Italian and French, pure calculated force. They are such a tight band right now they could do it sleeping, but every time they are going all out. A fabulous night and a truly fabulous band.

Ex-pat living in Geneva, Switzerland from the hard streets of Baltimore, Maryland. Ex-radio-monkey and avid listener of all things that are supposed to be cool.
RELATED ARTICLES
daisdeb demuredrab majesty
10

by Jake Collier on May 8, 2020
Choir Boy Gathering Swans DAIS Gathering Swans is Choir Boy’s second album following Passive with Desire, where the world got a chance to find out just how talented Adam Klopp and his [...]
7.0