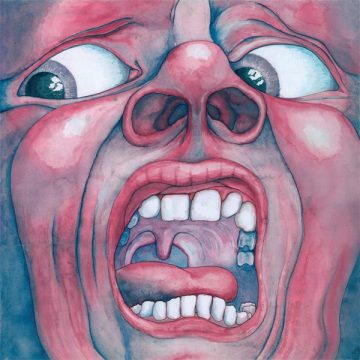 When analyzing history, 50 years is a glimpse of time barely long enough for historians to make any solid conclusions. On the other hand, when talking about rock history, 50 years gives one the feeling of going back to the Mesozoic Era. In 1969, King Crimson released In The Court Of The Crimson King, considered by many as one of the best debut albums ever made. To celebrate the 50th anniversary of this classic record, the band has rereleased it both as a four-disc box set which includes 3 CDs and a blue-ray, as well as a double-LP set.

Made with hardcore fans in mind, the album comes as a double-gatefold sleeve edition, containing a booklet with notes from Kim Crimson’s biographer Sid Smith presented in a rigid slipcase.

The first CD contains the new 2019 stereo mixes plus additional instrumental mixes of all tracks, minus the ending tune “21st Century Schizoid Man”. The second CD contains an alternate version with extended jams from “I Talk to the Wind” and “Epitaph” mixed by David Singleton. The third CD features an expanded edition of the original LP with the original master by Simon Heyworth.

The Spill Magazine is a Toronto-based online publication dedicated to covering the independent music scene with a strong focus on our thriving hometown talent. Our writers bring you up-to-date news, in-depth features on musicians and reviews for the latest CD releases. We also travel to the front lines for all local festivals including Canadian Music Week and North by Northeast. Don’t forget to check out our Facebook and Twitter pages for all daily Spill updates.
RELATED ARTICLES
album reviewalbum reviewsking crimson
8.0