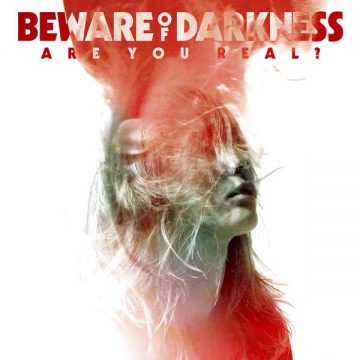 Beware Of Darkness
Are You Real?
Bright Antenna Records

Aiming to revitalize the Alternative Rock scene and remind fans of what they love about the genre, Beware of Darkness is back with its latest album Are You Real?

Fans of its 2013 debut album Orthodox will appreciate the diversity and complexity of the sounds on Are You Real? From the first note of the opening track “Angel” it definitely sounds like Beware of Darkness was out to challenge itself musically and artistically when it recorded this album. And the melodies and feelings of the music are similar to that of older Alternative Rock, especially the Alternative Rock of the early millennium, but it is in no way the same or nostalgic. There are also hints of psychedelic Rock, Hip-Hop, and an occasional splash of heavier Rock, just enough for flavour.

As mentioned, the opening track “Angel” will captivate you. The breathy vocals are unbelievably sexy, and the switch from soft and sensual music to harder sounds is brilliant. The song is very much two faced: alluring and dangerous. In many ways, “Angel” brings to mind the music of Massive Attack, but the track’s bipolarity is very unique.

The title track “Are You Real?” has many of the elements expected of an Alternative Rock song. The guitar is heavy, the vocals are slightly reverberated, and the lyrics are sure to get stuck in your head. Perhaps the most jarring thing about this song is the tambourine which creates an almost sharp and bouncing beat, a beat that will have you swinging your hips while you sing along.

“Delirium” feels like the odd song out on this album. Comparable to Radiohead and Pink Floyd tracks, “Delirium” feels like a dream that is slowly fading away. The vocals are restrained and the music is fluid and almost cathartic. Longtime fans of Alternative Rock are sure to love this track because of its soft rise, perfectly timed crescendos, and updated familiar sounds.

On the album, the band also subtly showcases its Hip-Hop influence in the tracks “Dope,” “Sugar in the Raw,” and “Summer Daze.” All three of the tracks were co-written with Hip-Hop producer Trinity. “Dope” is upbeat and features some stellar guitar riffs, whereas “Sugar in the Raw” has more of a psychedelic Rock sound to it. But the guitar in “Sugar in the Raw” also has a slightly noticeable Blues flare. “Summer Daze” is fun and lively with an almost ’60s Rock feel to it.

“Surrender” is the final track on the album and is the perfect way to finish off the album. The guitar intro instantly brings to mind Jesus Jones’ “Right Here Right Now,” but “Surrender” is in no way a rehash of a very familiar melody. Instead, Beware of Darkness seems to mash several sounds together all in one track. “Surrender” takes the best elements of the entire album (the strong guitar riffs, the breathy and reverberated vocals, and steady beats) and put them all into this one song. And as the track draws to an abrupt conclusion, you may find yourself surrendering to the best that revitalized Alternative Rock has to offer, and begging for more.

Samantha “Sam” Stevens is half a music journalist, and half an academic scholar. With a graduate diploma and MA in Journalism, Sam has covered musicians all over the world and her work has appeared in Guitar Girl magazine, North Bay Nugget newspaper, The Link newspaper, and a few others. She even founded and managed her own music blog The Littlest Voice for 5 years, in which the spotlight was thrown on new and emerging indie artists around the globe. Currently, Sam is a PhD student at Carleton University in the School of Indigenous and Canadian studies where she is continuing her MA research on colonial language in Canadian news and government institutions.
RELATED ARTICLES
album reviewsdelerium
9.0