SPILL FEATURE: HOLD ON, WITH BOTH HANDS – A CONVERSATION WITH PLUM GREEN + A SPILL EXCLUSIVE VIDEO PREMIERE 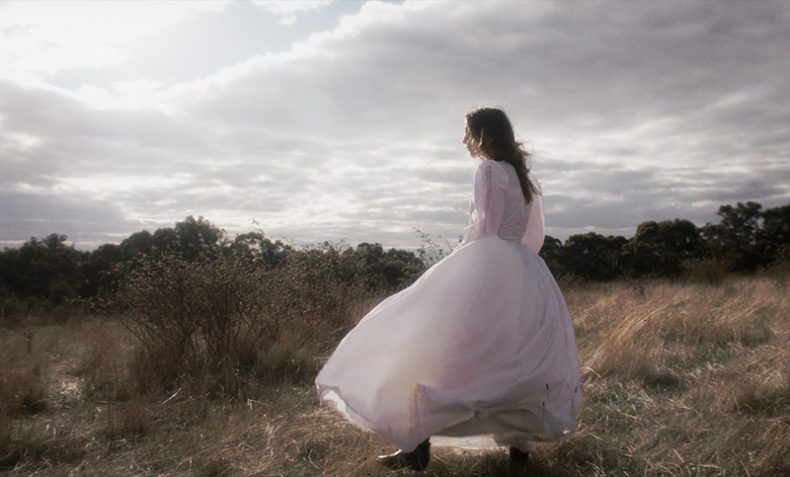 HOLD ON, WITH BOTH HANDS

A CONVERSATION WITH PLUM GREEN + A SPILL EXCLUSIVE VIDEO PREMIERE

“A stranger lures you into the forest, following the wraith deeper and deeper until you become lost. You entwine yourself with its shadows and vines until you realise you have become part of it forever.”

In the press release for Plum Green’s new album Somnambulistic, she is described as “ambient dream folk alchemist”, which is a perfect description of this Melbourne-based artist. Her music is truly original and distinctly her own. Since her debut E.P. released in 2010, The Red, Green has been growing as an artist. She is a very talented composer, musician and singer. She creates moving and mysterious music and her creative process is very interesting.

“My creative process is largely procrastination and usually subconscious. I don’t ever say to myself, “it’s time to write a song now”. Sometimes I just pick up a pen or a guitar and discover that 45 minutes has passed and I suddenly remember I need to get back to what I was supposed to be doing. It’s like walking into a room and then forgetting why you went in there to begin with.”

The new album, Somnambulistic, continues to show how she has developed as an artist, utilizing her vocals, music, and arrangements to produce an atmospheric, dark album about sleep and dreams.

“It’s a concept album, based on dreams I’ve had. They all flow onto each other to create one big dream. The songs are dark lullabies for adults and I wrote them to be comforting and protective. I wanted them to produce good feelings despite some of the dark subject matter.”

Not exactly the normal subject to be writing about, but this is the beauty of Green. She is not afraid to go into dark corners and create music from that source. Musically, her influences are Bowie, Sqürl, Kate Bush, Fever Ray, and An Emerald City, the new album was influenced by a non-musical source.

“Many years ago, a friend of mine asked me to sing to some live music performed to the silent film Nosferatu. In this film there is this line, “and he rose in a Somnambulistic dream”. I was surprised to find that word isn’t in the dictionary, but it hit me really hard and I loved it. I’ve had a strange relationship with dreams since I was little, trouble with sleep paralysis, and hyper realistic subconscious experiences. I always wanted to write an album about dreams and waking sleep experiences and that title seemed to be perfect.” 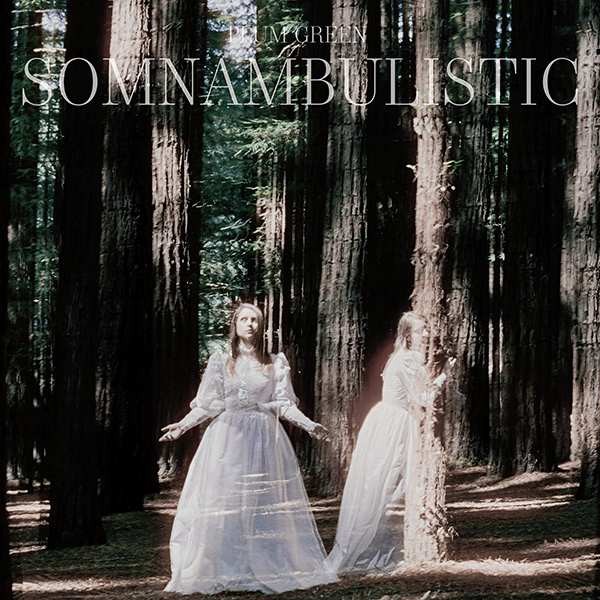 Working with co-producer Daniel Cross (“Daniel has played music live with me for a long time and we both like a lot of the same music. I felt really inspired and impressed by his production skills and live music ability and felt that we’d be a really good team”), Green has incorporated strings onto the album, courtesy of The Silo String Quartet.

“They weave in and out and sort of decorate the songs,” States Green.  “Daniel did a really great job at winding his atmospheric guitar and soundscapes through them. They sort of blend, mesh and contrast with each other. A lot of the time Daniel is bowing his guitar and it’s mistaken for a cello. I met the Silo String quartet when they were hired for a series of theatre performances some friends of mine organised in Melbourne. I used to live with a double bassist in New Zealand – Darija Andzakovic – who appears in some of my previous recordings. We used to play live together all the time. I discovered I loved the sound of stringed instruments in my songs and wanted to experiment further.”

Along with the strong album, Green was also aware that a visual representation of a few songs is required for fans and new fans to know what she is up to and a little of what one can expect from the album. In this case, rather dramatic videos were created for “White Kitten” and “People Of The Snow”.

“We wanted the video for ‘White Kitten’ to express uncertainty, complexity and tension. A lot of what happens in the video was made up on the spot by my filmmaker friend David (Soft Focus Media). It was shot in my living room and my close friend Mei is the dancer. The video for ‘People of the Snow’ is set in the afterlife. The song and video features Valentina Veil in Berlin. We each took our own footage and sent it to New Zealand to be filmed through a crystal by Melissa McDougall. It was an experiment to see if we could get a video that looked like it could be in a dream or in another universe.”

And with that, Plum Green has given us a glimpse behind the curtain. Somnambulistic is the work of a determined and confident artist, willing to delve into spaces most musicians don’t travel. And she has very clear hopes for the album.

“I hope that they will find the album comforting, distracting and interesting. If they’re a lyrics person and have been experiencing some pain I’d hope that they would feel recognised and understood in some instances. I was curious to see if they could recognise the pain and subsequent healing I wrote about in the album, and hoped that if this was the case it would be a good experience. I hoped that the listener would recognise the hope that was reignited in me while I was writing.”

Born and raised in Whitby, Aaron discovered music through his love of The Beatles. This led to a career in radio, writing for various publications, and ultimately a radio show about The Beatles (Beatles Universe), which ran for over four years. When not immersed in music, Aaron enjoys spending time with the loves of his life -- his wife Andrea, and daughters Emily and Linda (all of whom have an intense love of music too).
RELATED ARTICLES
featuresnefarious industries