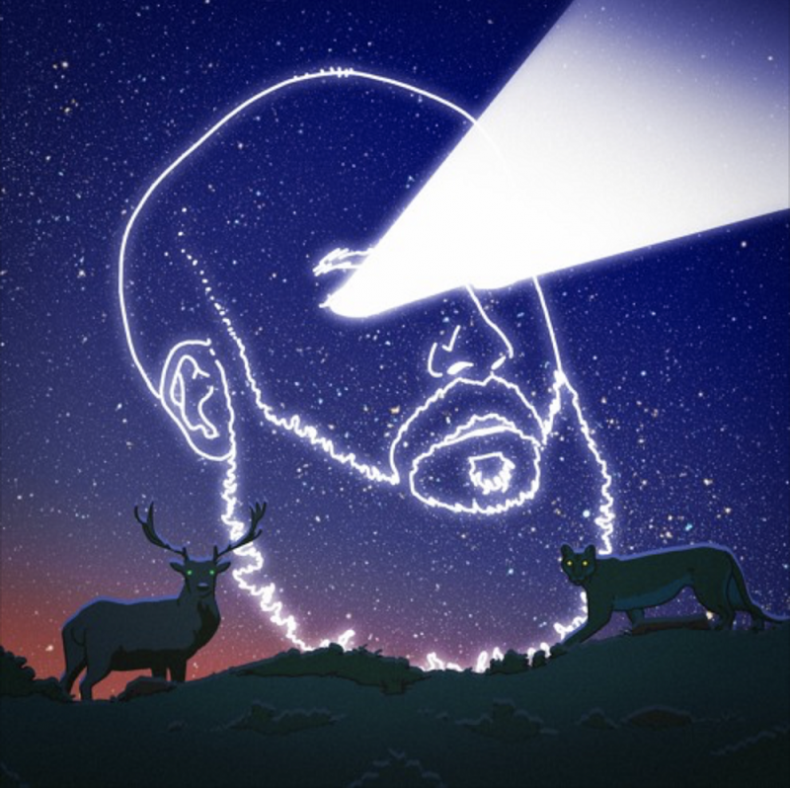 spoony bard is the alter-ego of musician David Nord. Originally a jazz composer/guitarist, Nord’s equal interest in hip-hop and electronic sounds brought about an evolution in his work, leading him to merge these styles and explore the possibilities of an alternate musical vocabulary. His first two albums, Dweeb (2017) and Old Friends (2019) received a wellspring of press praise, including being featured twice in PopMatters, Talkhouse and more.

Animal Husband picks up from there like a movie sequel, where the previous happy ending has led to a host of new problems and considerations.

“The title Animal Husband appealed to me because of its duality: I am both the wild and passionate animal and the dutiful and domesticated husband,” Nord says. “But, in real life it’s not that simple and everything overlaps. And, this isn’t necessarily just about marriage, nor is it a specifically gendered thing; I think most everyone faces some internal struggle between their base self and the polished self they may feel the need to be, for whatever reason.”

The 7-song EP begins with the rollicking “Blue Version” that Nord describes as “a distillation of my adolescence…searching for ‘truth’ long before realizing the futility of that search.” The song begins with a 60s fuzz-drenched guitar riff, sort of a mutated version of “Come Together” that quickly morphs into a funky fuzz synth hip-hop jam as Nord paints a vivid picture of teenage life, replete with shout outs to Pavement and Pixies. The jazz-fusion influence comes on strong on the next few tracks, particularly “Lethargy/Blue Cheese,” of which Nord explains, “My whole life i’ve been told i’m lazy, so I chose to write a tune using a 12-tone row, the least lazy way I knew how to compose music.” Throughout, his style of rapping is so conversational and intimate, it almost sounds like it’s a man’s unguarded thoughts being telegraphed to the listener. Closer “Unsung 1s” is a call to arms for others who must endure mental illness. “It’s for those who glow in the dark,” Nord says. “People who have been through darkness and have come out the other side can serve as a beacon for others to follow. And, when it’s darkest out, we’re the ones who know how to navigate.”

Animal Husband will be available everywhere for download & streaming on December 3rd, 2021.