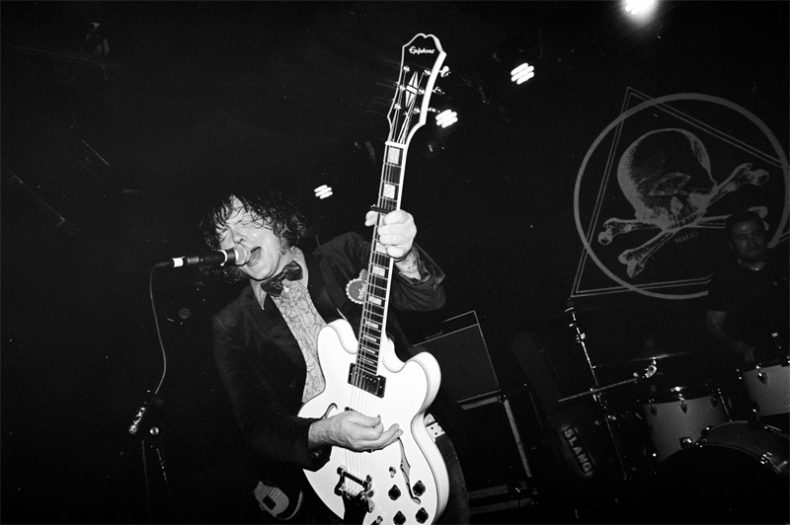 If you were in the audience and weren’t a Beach Slang fan you were one after this night. As soon as the band walked on stage, it was evident they were extremely raw and high-energy. Frontman James Alex quickly broke the silence with his confidence, wit and sense of humour.  “Punk or Lust” was then played following, “Bad Art & Weirdo Ideas”.

The next second Alex was prying his pants off of his legs as he was still playing guitar. The crowd’s reaction to this was priceless. I certainly did not expect this at a bigger venue like the Queen Elizabeth Theatre, but at a more intimate level venue.  At a smaller venue these moments would be highly appreciated, and the crowd would feed off of this, especially with Beach Slang’s crowds who are known for their mosh pits. Typically, the energy from even Alex wiping his pants away would have created a communal wave of fans lifting and shoving each other along with the performance. 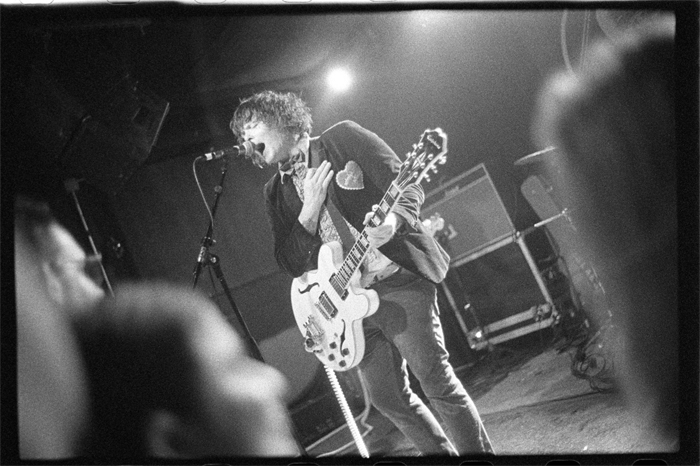 There was surge of excitement from the crowd as “Dirty Cigarettes” started. There were more voices in the audience singing and headbanging along with Beach Slang’s drummer Steve Tripi hitting each punk-filled beat.

During their cover for both Oasis’ “Wonderwall” and Pixies’ “Where Is My Mind?”, you could hear the crowd’s voices echoing throughout the venue and see cell phone flashes being lifted up into the air. Alex commented at this point, “All of those lights coming up, if they were lighters, we’d be Led Zeppelin in 1974, but this is a lot better”.

Overall, Beach Slang’s performance wasn’t one to disappoint Torontonians. Every member of the band creates waves of great energy that drifts off well into the crowd. They fired the audience up through classic covers, with Alex’s high-energy stage presence, their relatable angsty lyrics, and intense guitar and drum punches.

Freda Looker has been a music enthusiast since her mother first got her dabbing at a young age to Engelbert Humperdinck, The Beatles, and ABBA. Her passion still lives on today, avidly attending music festivals, blogging, and studying Music Business. She hopes to continue writing and engaging with like-minded music enthusiasts wherever the rhythms and beats lead her.
RELATED ARTICLES
beach slangjames alexlive review

by Freda Looker on December 9, 2019
THE DEADBEAT BANG OF HEARTBREAK CITY A CONVERSATION WITH JAMES ALEX OF BEACH SLANG One fateful night when Beach Slang was still in its [...]
8.0

by Daniel Adams on November 17, 2015
THE SPILL MAGAZINE ARTIST PORTRAIT: BEACH SLANG Beach Slang are a three piece punk rock band from Philadelphia. Members also play in Weston, Crybaby and Ex-Friends. They have been [...]