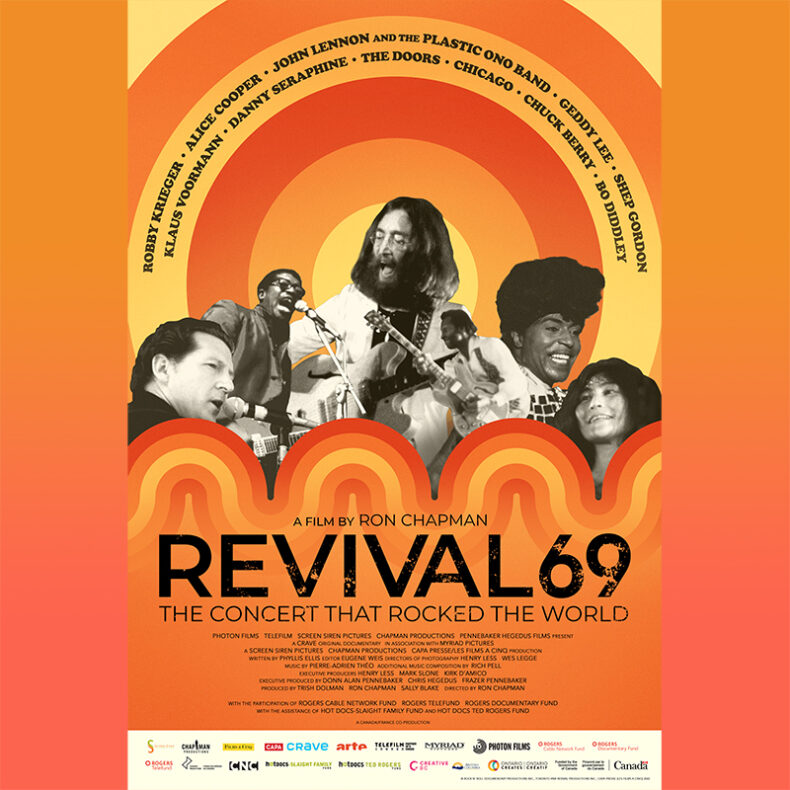 REVIVAL69: THE CONCERT THAT ROCKED THE WORLD

Revival69 is a famous, yet little spoken about, rock festival that happened in Toronto. The concert became well-known and legendary thanks to a top ten album by John Lennon’s Plastic Ono Band (Live Peace In Toronto). But although the festival is remembered, there has never been a documentary about the actual festival. This documentary made by Ron Chapman (Who the F**K is Arthur Fogel and The Poet of Havana) takes a look at the creation of the festival, the origin, and the actual festival.

Chapman, very wisely, lets the players tell the story. Utilizing archival interviews and new interviews, all the people involved in the actual festival discuss it. But more specifically, how the stars lined up to have John Lennon, Yoko Ono, and The Plastic Ono Band perform at the concert. This show has become historical because it was the first time a Beatle appeared live solo, and it was the event that encouraged Lennon to leave The Beatles. The tapes of Lennon accepting the invitation to the show are not only fascinating, they are downright breathtaking. Also the involvement of The Vagabonds (famous motorcycle gang) is downright nail-biting. 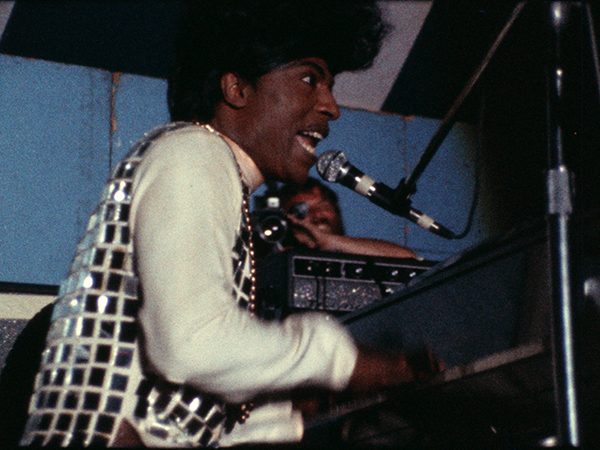 The interviews are revealing and funny, especially John Brower (the promoter of the show), Klaus Voorman, Anthony Fawcett, Geddy Lee and the late Alan White. All the people interviewed tell a story. Chapman creates a narrative and as a viewer, one is eager to see how this is all going to turn out. Of course the history is known, but it still exciting and nerve-wracking to witness the evolution of this festival, which starts off as a failure and ends as a huge success.

But September 13, 1969 happened and the footage of the bands (including Little Richard, Chuck Berry, Chicago, Jerry Lee Lewis, Bo Diddley, Alice Cooper, Gene Vincent, and of course John Lennon) is fantastic, although it makes one wish to see the entire performances. Seeing the performances does make me wish there was a bonus DVD of nothing but the performances, but the story is not the performances but the efforts it took to get the artists to that stage. 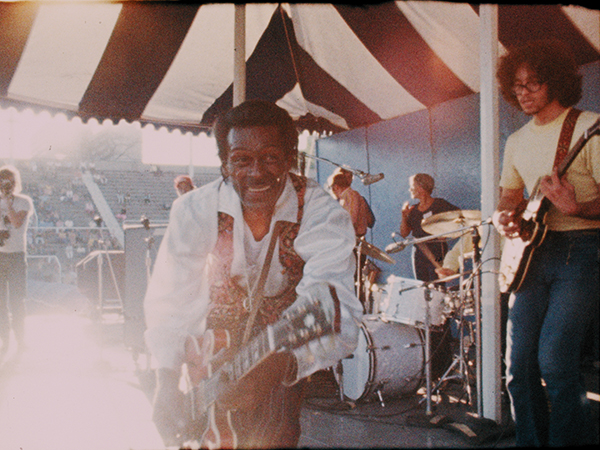 Revival69: The Concert That Rocked The World is a great movie. It tells a great story of triumph but Chapman is also very skillful at getting the viewer rooting for the two gentlemen who are putting this show together, John Brower and Ken Walker. These were two young men (both in their early 20s) who cared more for music than for commerce.

The film will be available in Canada on VOD beginning January 3, 2023 and Crave in February, and on ARTE in France and Germany.

Born and raised in Whitby, Aaron discovered music through his love of The Beatles. This led to a career in radio, writing for various publications, and ultimately a radio show about The Beatles (Beatles Universe), which ran for over four years. When not immersed in music, Aaron enjoys spending time with the loves of his life -- his wife Andrea, and daughters Emily and Linda (all of whom have an intense love of music too).
RELATED ARTICLES
alice cooperbo diddleychicago

by Aaron Badgley on December 19, 2022
HEY, LET’S PUT ON A SHOW A CONVERSATION WITH DIRECTOR RON CHAPMAN & CONCERT PROMOTER JOHN BROWER There are rock events in history that have a lasting effect on society. It is never known at the time that history is being made, but it [...]
8.0

by Gerrod Harris on February 26, 2021
Alice Cooper Detroit Stories earMUSIC For his 28th studio album, Alice Cooper has returned with Detroit Stories, his first record since 2017’s Paranormal. The album features15 tracks – 11 originals and four covers – including a number of singles [...]

by Judi Cuervo on December 21, 2020
THE CRUISE SHOW MUST GO ON! MONSTERS OF ROCK: OPERATION MONSTER BEACH STARRING ALICE COOPER REPOSITIONS TO TWO ALL-INCLUSIVE LAND-BASED RESORTS Heavy metal fans aren’t going to let a worldwide pandemic stand in the way of their fun.  With [...]