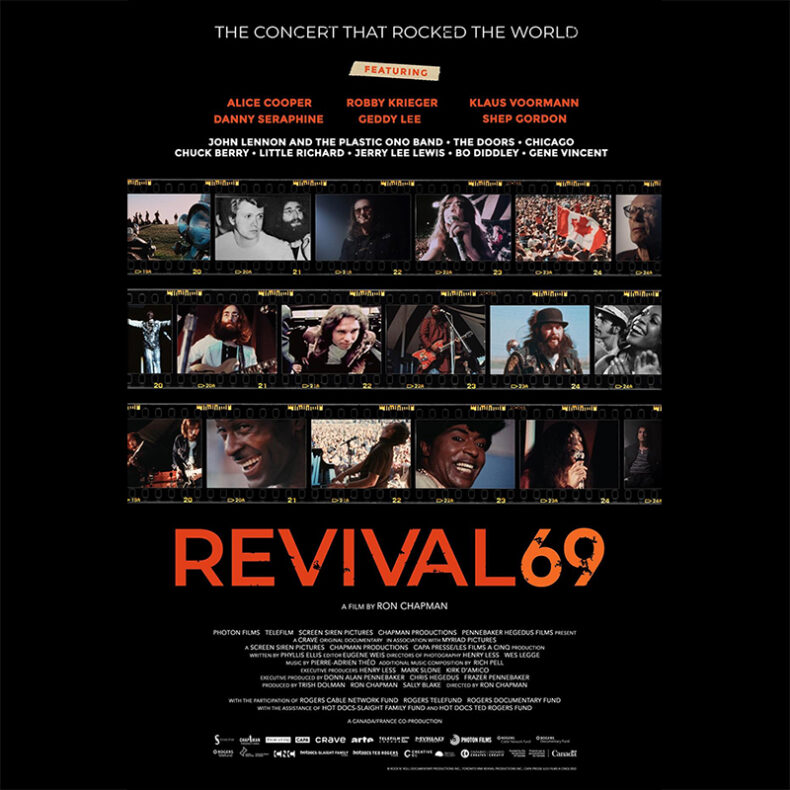 HEY, LET’S PUT ON A SHOW

There are rock events in history that have a lasting effect on society. It is never known at the time that history is being made, but it does not take away from the fact that history is made. In 1969, two young men from Toronto (John Brower and Ken Walker) organized a concert that occurred on September 13 of that year. It was to be a festival, in the same vein as Woodstock, only on a smaller scale given this show would be at Varsity Stadium in Toronto, not a field in upstate New York. That show, Toronto Rock And Roll Revival, 1969, has gone on to be considered the second most historic rock music event in history by Rolling Stone magazine. Number one is, of course, Woodstock.

To get a sense of this festival, one simply looks at the lineup.  Whiskey Howl, Bo Diddley, Chicago, Junior Walker And The All Stars, Tony Joe White, Alice Cooper, Chuck Berry, Cat Mother And The All Night News Boys, Jerry Lee Lewis, Gene Vincent, Little Richard, Milkwood (Toronto-based Polydor recording artists), Doug Kershaw, and The Doors. Kim Fowley was listed as the Master Of Ceremonies, with Screaming Lord Sutch being added later to the bill. Finally, unknown to the fans until just before the show, John Lennon, Yoko Ono, and The Plastic Ono Band were added, featuring Alan White of Yes on drums, old Beatle friend Klaus Voorman on bass, and Eric Clapton on guitar.

It has taken a long while, but there is a new documentary being released about the event documenting the struggle and hard work to get  the event to a stage. Acclaimed filmmaker Ron Chapman (Who The F**k Is Arthur Fogel, Carlos Varela: Live In Havana, Shelter, The Forbidden Shore) has done an incredible job compiling archive material, recent interviews with participants and never before seen footage of the festival. I had the opportunity to talk with Mr. Chapman and Mr. Brower about the film and the actual festival itself.

“Performance pieces have come out, but there has never been a documentary about this festival. Why do I think that is,” said Chapman. “Because it happened in Toronto,” states Brower. “They could find a cure for cancer in Toronto and nobody would know about it, but if it happened in Buffalo it would be earth shattering.” 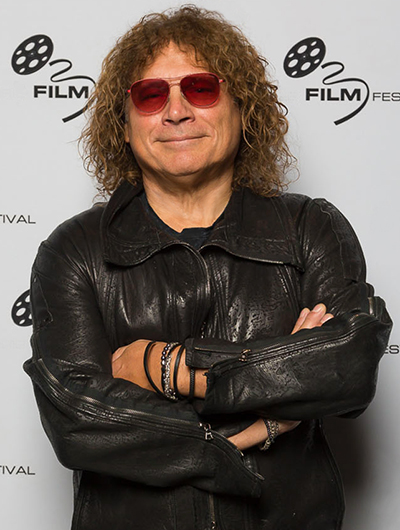 “I was at the film festival last week and the moderator–we had two sold out shows the moderator at one point said ‘This is incredible, I am from Toronto and I never heard about this show. How many people in the audience have heard about this show?’ Two people raised their hands, and at the  screening three people raised their hands. So, the fact of the matter is to music industry insiders, Beatle fans and John Lennon fans. They know about this show, but outside of that group, pretty much nobody knows this festival happened, and that includes most of Canada and most of Toronto.”

Chapman had very clear reasons to make the documentary. “The reason I made the documentary was because nothing had been done about it and no one really knew anything about it and it was considered the second most important event in Rolling Stone Magazine. I knew the story, it has an incredible story of what John [Brower] went through to make this festival happen and how it came together. And it happened in Toronto. It is just an unbelievable story that you couldn’t write it as well as it happened. And I have always been kind of passionate about Canadian stories and getting them out there so Canadians can have some pride and understand pivotal events that happened in Canada. This story will be internationally known and the film will take its place, and the concert will take its place among a wider audience

This is all the more reason that this documentary is essential and long overdue. The story of how this festival came about is as interesting as the show itself.  The show had its roots in another classic festival, Toronto Pop. This was a two day festival held on June 21 and 22 which featured among the 25 acts Steppenwolf, The Band, Sly And The Family Stone, and Chuck Berry. “Chuck Berry held his own, and might have even been more of a hit,” recalled Brower. “People were talking about him all week. The idea was, if Chuck can do that, what if all the old rock and rollers were on the same show? And that was the concept and coincidently, they happened to be available on that particular day.” 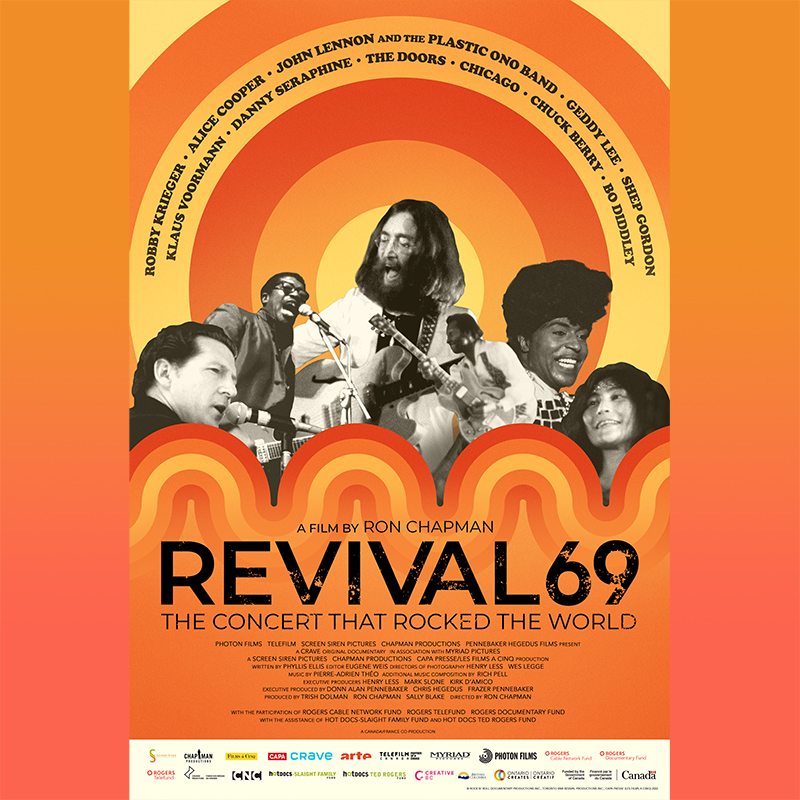 REVIVAL69: THE CONCERT THAT ROCKED THE WORLD FILM REVIEW

The fact is that the show was not selling tickets and Brower and Walker needed to sell a set amount of tickets to just break even. “For some reason, whether it was back to school, kids need to get money from their parents. I think the thing in June was so successful, because it was June and everyone was busting out, summer starting. In September, it was, ‘I got to buy you school clothes’,” says Brower. “Parents are like ‘you went to the other show, and went to summer camp’, who knows. Young people did not have the same independence and economy they do now. There was a concern of kids being downtown all day and drugs, It was the summer of ‘69, there was Woodstock. The kind of footage that was shown after Woodstock, parents would think ‘I don’t want you going to something like that’.”

The solution was to involve a Beatle. But the original invitation was not for Lennon to perform but help out in a different way. “I asked him if he would come and be the emcee with Yoko and he paused very briefly. He said ‘we wouldn’t want to come unless we could play’ and I said, ‘you mean The Beatles?” and he said ‘No, just me and Yoko and we will put a little band together,” Brower recalls. “I did say a very stupid thing at the time to him, ‘we’ll squeeze you in.’ Kenny Walker looked at me with a look like ‘did you just say that?’ I don’t know what I was thinking, it was just a stupid thing to say.”

But even though Lennon had agreed to attend, convincing local media was another matter altogether. The number one radio station in Toronto didn’t believe Lennon was attending the show.  “It did sound pretty incredible. They knew we were struggling, and they were pretty adamant that it sounded just preposterous and that’s why the next day, once we get John Lennon on tape, it is a done deal. But of course we didn’t, we got Anthony Fawcett [Lennon’s assistant] on tape, and I was too traumatized at the moment to tell Anthony Fawcett that we needed John Lennon because no one would believe us, for fear that that would spook Lennon and he might back out. I had to go with the moment.” 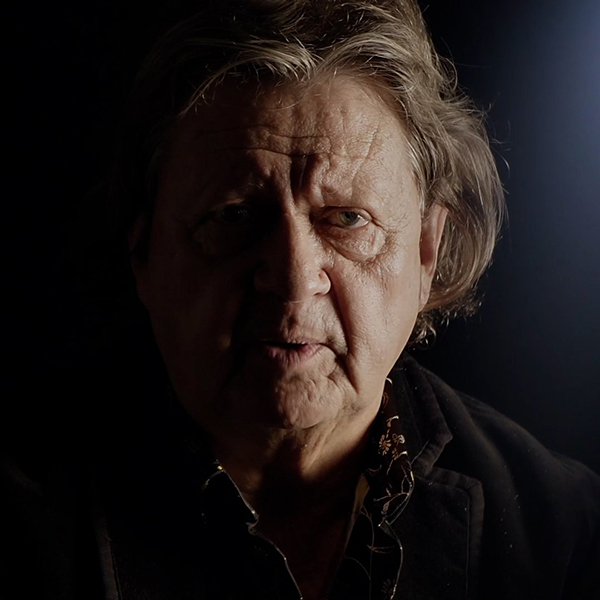 Chapman had access to a great deal of footage, because he had some assistance from filmmaker D.A. Pennebaker, who filmed the event with the intention of producing a movie about the festival. Pennebaker had made a name for himself for being a pioneer of cinema verite, as well as producing the documentary on Bob Dylan (Don’t Look Back) and Montery Pop, which was a popular festival and film at the time. “I brought D.A. Pennebaker on as executive producer, early on in the development of the project,” Said Chapman. “As a result I had access to his entire cache of footage that he shot of the concert. He had thought this particular concert film would be his biggest  and most successful film ever. He was wrong about that. The film was a failure and bankrupted him. He never released it. When he was finished he put everything into cardboard boxes and sent them to Iron Mountain where they have been in storage all this time. I ended up having about 60 hours of 16 mm footage, which I screened and utilized in the making of the film which was incredible. It was weeks of viewing this stuff and seeing performances that no one had ever seen.”

Chapman interviewed a lot of people for the film to tie in with the archive footage. He was able to get an interview with Anthony Fawcett who is not often seen, as well as Geddy Lee who was at the show. These interviews (especially with Brower) paints a picture of a different time and of young people taking chances and not getting discouraged. The documentary (or ‘movie’ as John Brower prefers to call it) sets the tone for viewers to get a short glimpse into another time and another world that is long gone. “There were just guys like John and his partner, just 22 years old, saying ‘hey, let’s put on a show.’ They just went and did it. And this was a time when someone like John Lennon got a phone call from an unknown guy in Toronto and actually connected with him, got the invitation and went ‘yeah! It would be kinda fun to do it. When is it? Two days from now, let me get a band together.’ And John Lennon, one of the most important artists of all time, just off the cuff, calling up some friends. Never having played with them before, fooling around with what they were going to play in front of 30,000 people when they landed. That is what rock ‘n’ roll was. That’s the spirit of rock ‘n’ roll.That’s the heart of rock ‘n’ roll. That is an amazing moment. The circumstances John Brower went through putting this event together, all of these things, take you back to a time that is no more but there is something special about it. It is an important and impressive rock ‘n’ roll roller coaster ride.”

Born and raised in Whitby, Aaron discovered music through his love of The Beatles. This led to a career in radio, writing for various publications, and ultimately a radio show about The Beatles (Beatles Universe), which ran for over four years. When not immersed in music, Aaron enjoys spending time with the loves of his life -- his wife Andrea, and daughters Emily and Linda (all of whom have an intense love of music too).
RELATED ARTICLES
alice cooperbo diddleychicago

by Aaron Badgley on December 16, 2022
REVIVAL69: THE CONCERT THAT ROCKED THE WORLD PHOTON FILMS/MYRIAD PICTURES DECEMBER 16, 2022 Revival69 is a famous, yet little spoken about, rock festival that happened in Toronto. The concert became well-known and legendary thanks to a top ten [...]
8.0

by Gerrod Harris on February 26, 2021
Alice Cooper Detroit Stories earMUSIC For his 28th studio album, Alice Cooper has returned with Detroit Stories, his first record since 2017’s Paranormal. The album features15 tracks – 11 originals and four covers – including a number of singles [...]

by Judi Cuervo on December 21, 2020
THE CRUISE SHOW MUST GO ON! MONSTERS OF ROCK: OPERATION MONSTER BEACH STARRING ALICE COOPER REPOSITIONS TO TWO ALL-INCLUSIVE LAND-BASED RESORTS Heavy metal fans aren’t going to let a worldwide pandemic stand in the way of their fun.  With [...]