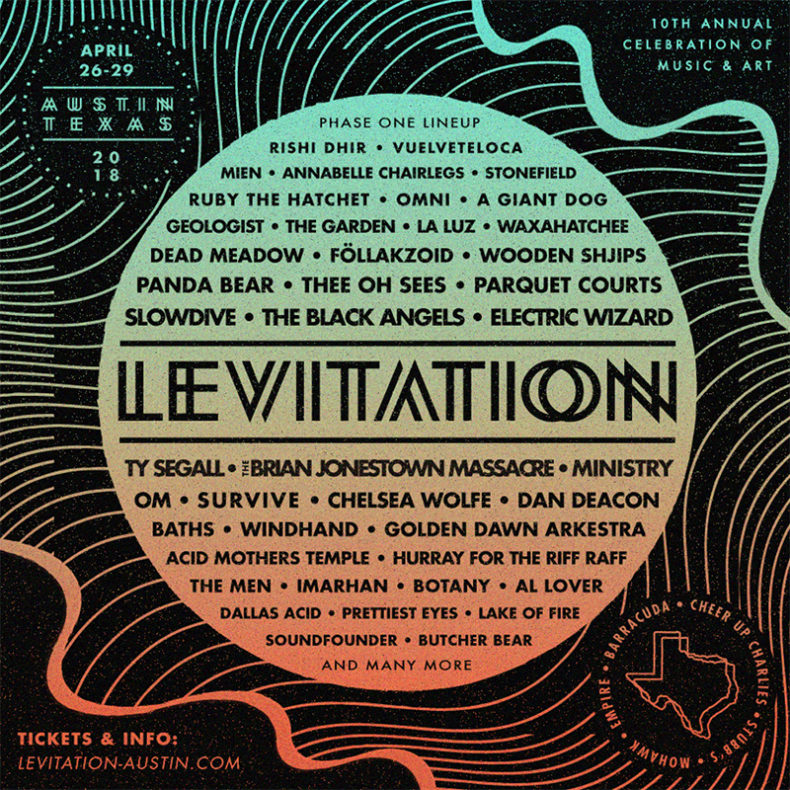 This April, dedicated live-music fans and psychedelic enthusiasts flocked to the world music capital for Levitation, a four-day celebration of psychedelic music.  Originally called Austin Psych Fest, the event first started as a backyard BBQ among friends and has since morphed into an artistic experience of international renowned.  Known for their curation of intriguing, forward thinking bands it has grown to over 12,000 attendants at the Carson Creek Ranch. After taking 2017 off to regroup, as an official Texas state of emergency abruptly cancelled the outdoor festival in 2016, Levitation returned to the downtown clubs where the festival earned its reputation. Fans from around the world gathered to see various high-octane showcases throughout many of Austin’s most intimate clubs and venues. Levitation 2018 showed no signs of quitting.

Here are 10 highlights from LEVITATION 2018.

The southern California-based three-piece delivered a heavy, phased out set of drifting, lumbering psychedelic blues riffs reminiscent of the Allman Brothers’ Live at the Fillmore East. Cool, calm, and collected, Dead Meadow play command off massive, deep-toned guitar with an almost telepathically aligned rhythm section. The live liquid lights, by the Mad Alchemy oil show, jelled seamlessly with the mammoth guitar crunch, are something that has to be seen live to truly understood. 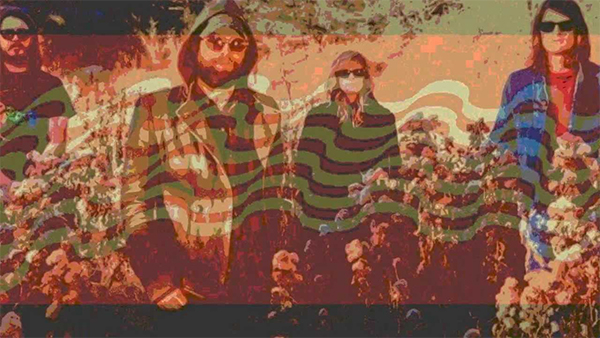 Festival founder and guitarist for the Black Angels, Christian Bland’s solo moniker features a revolving set of collaborators, except for projection artist Bob Mustachio, who holds down drums. The Revelators play heavy, psyched out garage with dirty awe-inspiring riffs. 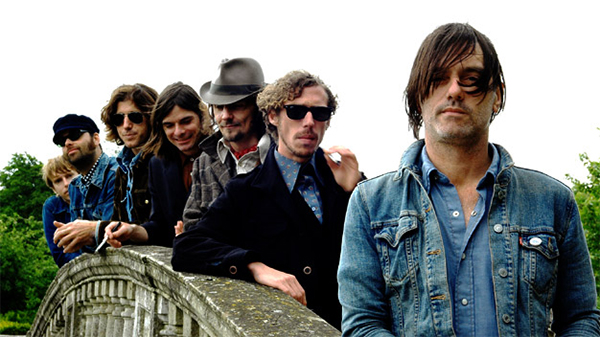 In terms of psychedelic revival, The Brian Jonestown Massacre are musical royalty. Performing a great many new songs from their upcoming 2018 release, the BJM had a few technical issues but after a brief, fiery commentary from bandleader Anton Newcombe about the European Union banning roundup to protect bees, the band crashed back in with a special magic. Some of the new songs like “Who Dreams of Cats?” show that the Brian Jonestown Massacre are still producing hits. 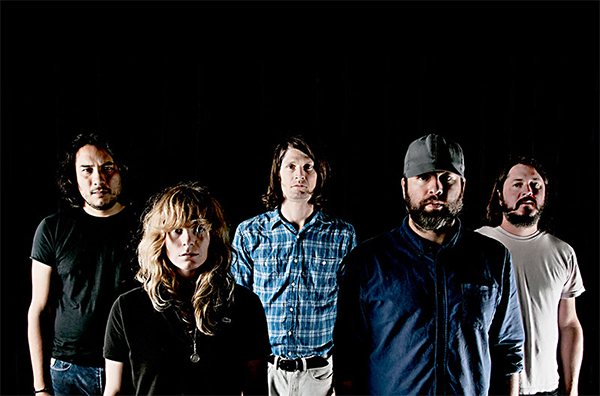 The Black Angels, including Levitation festival founders Christian Bland and Alex Maas, knocked out a set to an adoring audience. Fresh off a tour with Atlanta’s Black Lips, the Black Angels showed up in good spirits and fine musical form, no doubt reassured by the sell-out success of most of Levitation showcases. The accompanied projections above the stage by the Mustachio Light Show are an integral, visual extension of the Black Angels. Playing a few deep cuts such as “Manipulation” and “Twisted Light,” the Black Angels didn’t skip on the hits, much to the delight of the new generation of younger fans itching to hear “Young Men Dead.” 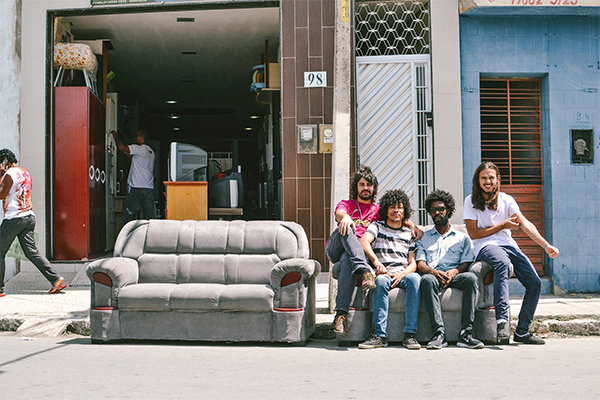 One of the best things about the Levitation Festival’s interest in international artists. Boogarins, from Brazil, feature a lively rhythm section, bright, bouncing melodies, and a thirst for life that is all too infectious. Playing in the courtyard of Cheer Up Charlie’s, Boogarins’ set was nothing but good times in the gentle night air. 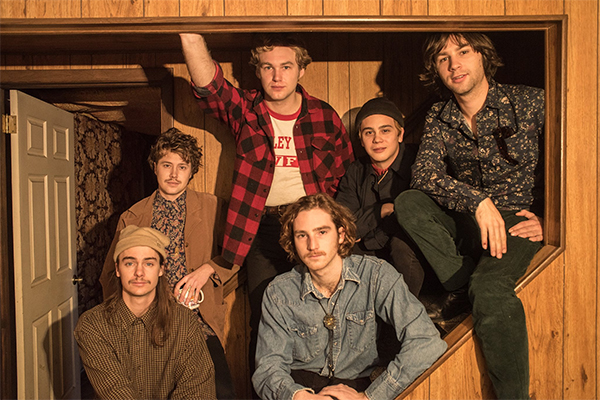 A smiling five piece from North Carolina set to release their debut album on July 16th, The Nude Party play a bouncy, feel good style of rock that makes you want to dance. The Nude Party play tight, booming garage grooves with catchy melodies but it’s the impassioned backup chorus vocals that make the special touch. 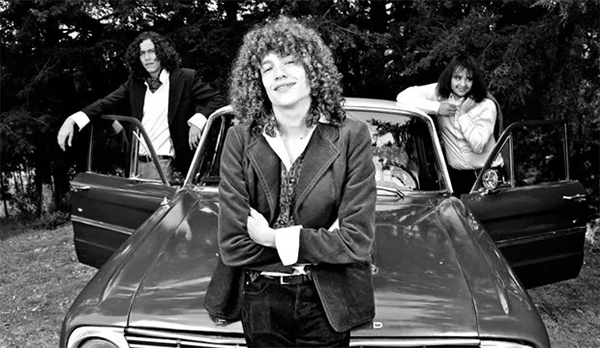 The Risin’ Sun, a roaring three-piece, churned out a rambunctious, piercing, and never skipping on Hendrix-inspired guitar solos, The Risin’ Sun knock out a meaty style of classic rock and roll with a special Mexican kick. Levitation is a well international showcase and the Risin’ Sun, with sharp, shifting rock ‘n’ roll, did not disappoint. 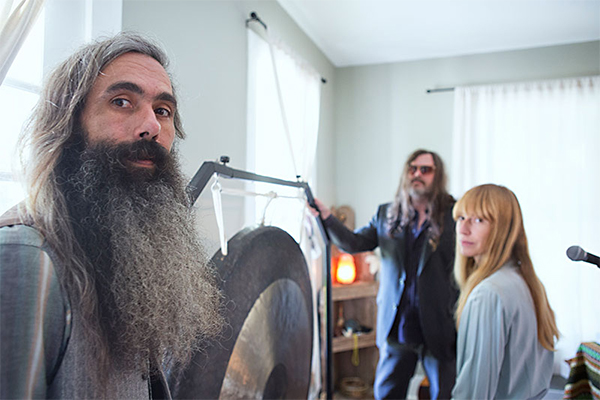 The best part of an art festival is the pure magic of unexpected experience, and there is one Levitation event that is shown with vivid, multi-sensory beauty and ultimate high-water mark. The mostly outdoor venue, Mohawk set the scene for a multi-disciplined artistic collaboration that went together, as well as a rare steak and good red wine. Dallas Acid’s experimental soundscapes effortless paired with the stunning visual projection work of the Mad Alchemy Light Show. Notable for their custom light work at Desert Daze, Mad Alchemy projected constantly shifting color collages that accented densely textured synthesized soundscapes as a hypnotized audience underwent a cosmic journey. With gentle yet thundering tom-drums and large gong, Dallas Acid’s opening performance was sublimely fitting for the following artists. 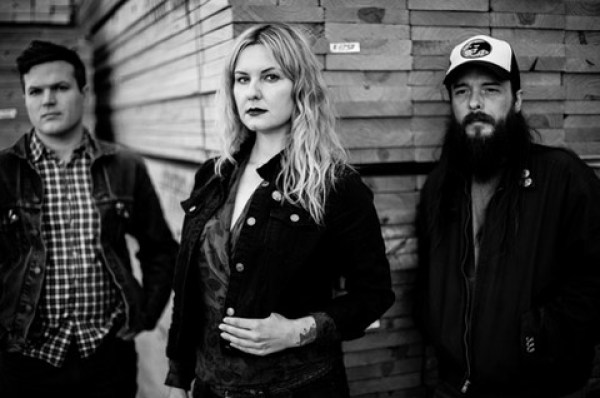 The third and final Mohawk set, doom metal trio Om, founded by Sleep member Al Cisneros as a more spiritually-based Middle-Eastern influenced side project, was the unquestionable festival highlight. Om’s profoundly slow tempo, perplexing percussions and repetitively toned vocals carry a meditative power that was all the more enhanced by the swirling, brilliant colours of Mad Alchemy’s live light art. The swirling colors of the Mad Alchemy Light Show accompanied Cisneros’ oozingly heavy bass with other-worldly, hypnotic effect. Om’s deep, booming, meditative effect, shifting lights combined with the fantastic pair opening sets from Dallas Acid and True Widow set even surpassed the band’s epic 2013 set at Carson Creek. Between the setting, musical curation, live-performance visuals, and phenomenal crowd energy, the Om bill at Mohawk completely saturated the senses of the audience and proved that Levitation is back brighter and just as loud as ever.

The Spill Magazine is a Toronto-based online publication dedicated to covering the independent music scene with a strong focus on our thriving hometown talent. Our writers bring you up-to-date news, in-depth features on musicians and reviews for the latest CD releases. We also travel to the front lines for all local festivals including Canadian Music Week and North by Northeast. Don’t forget to check out our Facebook and Twitter pages for all daily Spill updates.
RELATED ARTICLES
austinfestivallive review