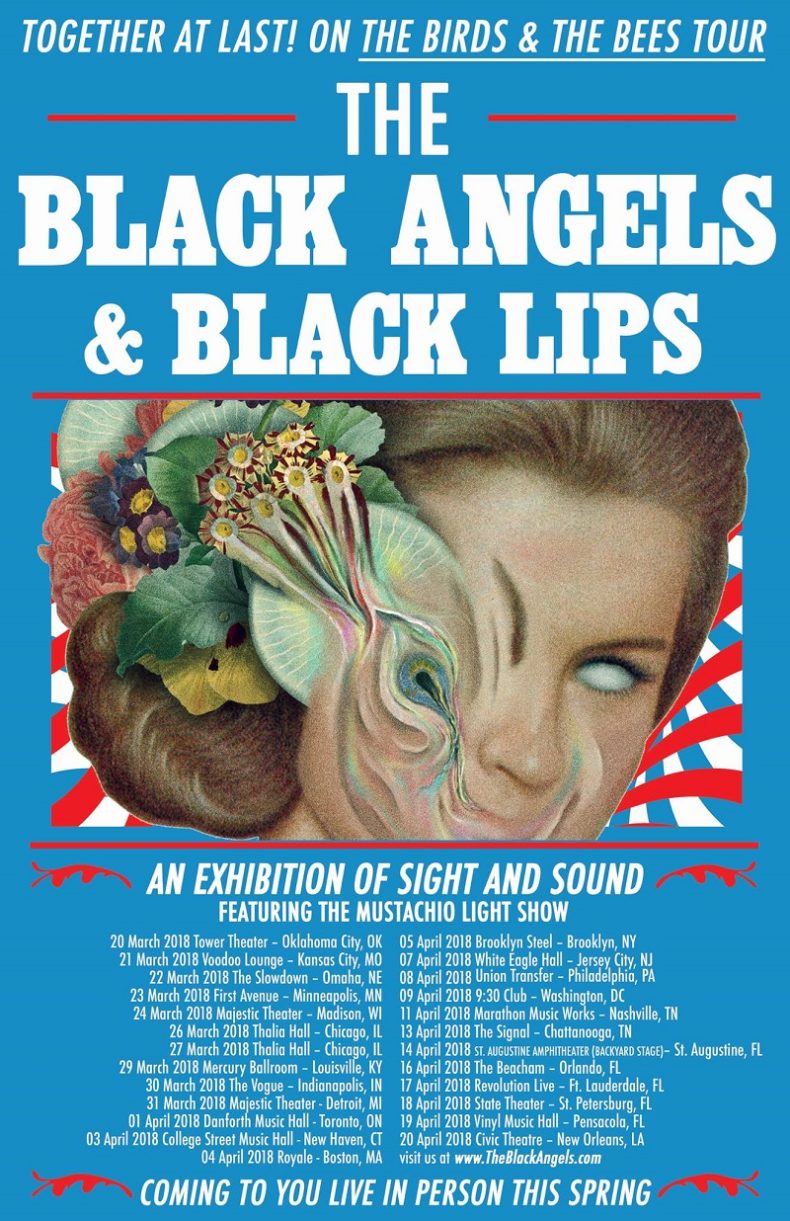 Austin’s five-piece psych rock masters, The Black Angels, have announced a spring US tour (“The Birds And The Bees Tour”) supported by Black Lips. Known for mesmerizing live sets and especially their light shows, both bands will make stops in NYC, Chicago, DC, and more. Says frontman Alex Maas, “Unlike a lot of things right now, touring with Black Lips just makes sense. It’s something that we have wanted to do for a long time.” Also confirmed are sets at their own Levitation Festival in Austin and Atlanta’s Shaky Knees Festival in May– all dates below.

SPILL NEWS strives to keep our readers up to date with news and events in the music industry. We keep you informed of the most recent information regarding new releases, tour dates, and information items about your favourite artists.
RELATED ARTICLES
austinblack lipsnews