A CONVERSATION WITH GEOFF DOWNES OF YES

In 1968, Jon Anderson, Chris Squire, Peter Banks and Bill Bruford came together and formed the band Yes. Originally Yes not only wrote and performed their own material, but would also cover rock, jazz and pop songs and transform them into something very different from the original. They released their first album in 1969 (Yes) and since 1969 the band has released 22 studio albums and 18 live albums. The Quest is their most recent studio album.

Over the years there have been many personnel changes in the band. Bill Bruford left in 1972 (to join King Crimson) and was replaced by their current drummer Alan White (who also drummed on the classic albums All Things Must Pass and Imagine). The late Peter Banks left in 1970, to be replaced by Steve Howe. And like White, Howe is still with Yes. Lead singer Jon Anderson left the band in 2008.

The current line-up of Yes is Howe (guitars), White (drums) , Geoff Downes (keyboards, who officially joined the band in 1980 but has been a permanent member since 2011), Jon Davison (who has been with band since 2012 and is now their lead vocalist) and Billy Sherwood (bass since 2015, although he joined the band in 1997).  Sherwood, took over bass duties since Chris Quire passed away in 2015. The Quest is, therefore, the first Yes album ever to not feature Chris Squire or any original members.

I recently had the opportunity to speak with Geoff Downes about Yes and their new album, The Quest. As mentioned, Downes joined the band in 1980 with fellow Buggles member Trevor Horn. However, after recording one studio album, Drama, the band went on a hiatus and Downes and Howe formed Asia. Downes rejoined Yes in 2011 and has been with the band ever since, while working on solo and other projects.

And now, a brand new Yes album, titled The Quest. 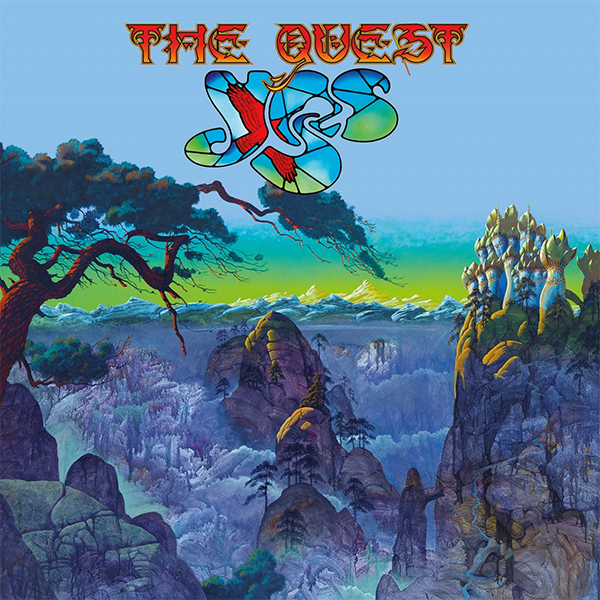 “It’s something we never thought…we didn’t know when we would record it. The ideas and songs were around before the lockdown started, so we were quite prepared for it before all of that happened,” recalls Downes.

“It was an interesting way to work, that’s for sure. Half the band are based in the west coast of the States, while the other half is in the U.K. The rhythm section did all their parts in California,

They sent us the files. All the files went to a central location, Steve, who is producing the album. He would sift through the ideas, then send it back to you, with comments. It was quite civil and quite easy to do.”

However, this style of working is not new to Downes.

“File exchanges is something I have done before, with Downes Braide Association, we’ve being doing that for probably seven or with years, so it was something that was not that unusual to me”

“Chris is sadly missed, he was such an inspiration to everyone in the band. He certainly started the band. Chris has been the mainstay from the very beginning, It is a very sad loss. What inspired me was that Chris wanted the band to continue. He would tell me, ‘this band is going to go on forever’. It was on that basis that Billy came in, and had worked very closely with Chris previously, and Billy knew exactly how the bass should be put together with Alan on drums. I think it is nice, really, that we got a chance to make an album.”

Even though the band recorded in two different locations, and there was a ‘new’ member, the album still sounds like Yes. It has a contemporary feel to it, but it is still Yes.

“The classic Yes sound is just something that comes together. Going back to the very beginning, Yes has always had a particular sound, and it is very hard to get away from that. Not just who is in the band, but it is almost like classical music, with composers that keep going. I think Yes is very much like that. You know, you are surrounded by all these incredible musicians, you have to be aware of what you put forward so it has that certain Yes sound to it. That was the key to this album, we wanted it to sound like Yes and be a Yes album. We really wanted to excite people.” 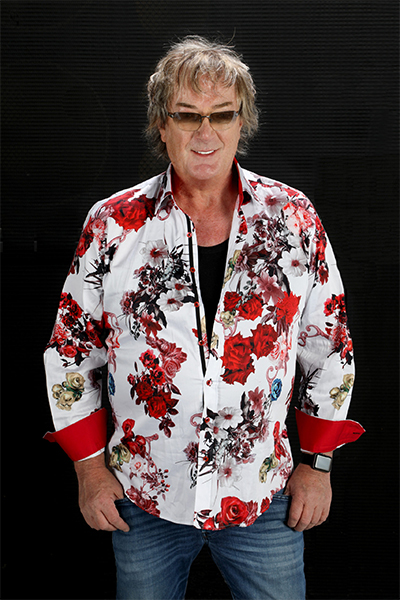 As a very good example, the album opens with “The Ice Bridge” that establishes the Yes sound as soon as the needle drops down. It was written by Downes and Davison, and has an interesting history and link to film composer Francis Monkman (who also worked with Al Stewart, Renaissance and 801).

“It was inspired by a piece by Francis Monkman. We worked on it, and I think it turned out really well. It also gave us a chance to have me and Steve soloing, which we had never done before. We did a little live, but not a record. To actually capture that on a recording is pretty amazing. I hope it opens the door to more collaborations with Steve and myself to explore guitar and keyboards. It is a dynamic piece and a very uplifting piece.”

Uplifting is the keyword in that description of the song. The overall theme of The Quest is hope and the power of positivity.

“That was something we wanted to get across on this album. The world is going through some terrible things and changes and all the problems in the world, you know like Global Warming and the pandemic. We wanted to turn this into a more positive note. I think that was one of the key aspects of the album.”

Another big shift for Yes for this album is having Howe produce The Quest.

“Steve has done a fantastic job. The last album, we brought in an outside producer, but with this one, it was very important to be Yes. Steve stepped up to the plate. Everybody was happy and I think it was very important to have someone from the inside, so it was a very natural curve, really, to get Steve in on that capacity. Once Steve got the plot, he worked closely with the band. He was very focused on the album.”

Downes has very high hopes for the album. But it is not commercial success his is looking for, but rather people picking up on the message of the album.

“We hope people get uplifted. Yes has always been a very positive band, Yes music has always had that positivity about it. I hope people can relate to that and find that positivity, amongst all the stuff that is happening in the world. The message of this album is, ‘we’re here, we are going to move forward and stay as positive as we can be’. It’s all in the word, the three letter word.

Born and raised in Whitby, Aaron discovered music through his love of The Beatles. This led to a career in radio, writing for various publications, and ultimately a radio show about The Beatles (Beatles Universe), which ran for over four years. When not immersed in music, Aaron enjoys spending time with the loves of his life -- his wife Andrea, and daughters Emily and Linda (all of whom have an intense love of music too).
RELATED ARTICLES
alan whitebilly sherwoodfeatures
8.0

by Aaron Badgley on October 1, 2021
Yes The Quest Inside Out Music In the early 1970s, Yes, along with such bands as Gentle Giant, Genesis and Emerson, Lake and Palmer, helped create prog rock. They wore the name proudly, as they [...]