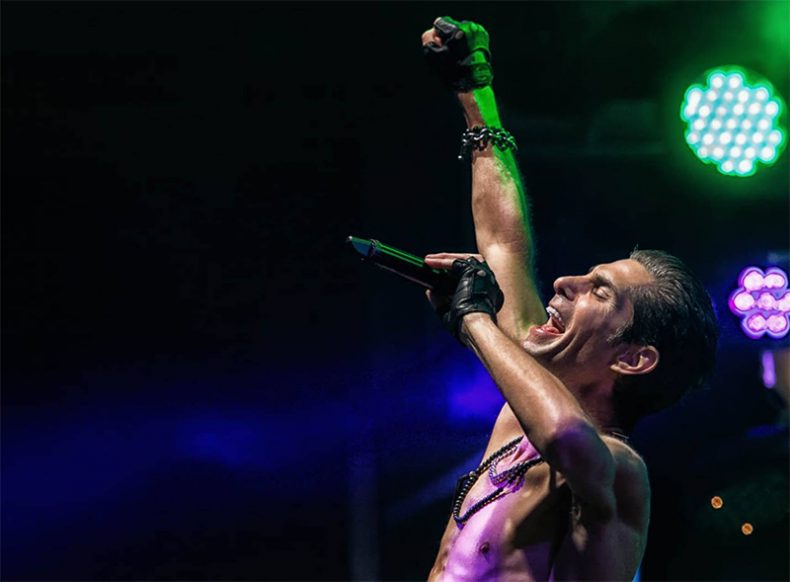 “If I could do this every night, I would” Perry Farrell tells the near sold out Toronto audience with a charming, bright smile that can only be described as genuine. In celebration of his latest record, Kind Heaven, from his new creative project, The Kind Heaven Orchestra, Farrell and his nine-piece band took over The Mod Club Theatre tonight for an intimate and exciting concert experience.

As the band — consisting of two guitarists, drums, keys, three backup singers, and former Jane’s Addiction bassist Chris Chaney — walked out in an assortment of formal wear, black and white stripes, and bold red accessories, Farrell and vocalist Etty Farrell, his wife, took centre stage looking like a beautiful collision of Vegas and The Met Gala. As they opened with the mellow “More Than I Could Bear”, Farrell sauntered across the stage in an oversized hat with a veil flowing from the wide brim, an open vest with one frilly, puffy, lace sleeve, and high waisted dress pants, while Etty moved with grace, making each step with a sense of sensual intention, in a red dress. As a whole, rather than looking corny in a uniform, The Kind Heaven Orchestra looked sharp, sleek, striking, and professional; their performance was even tighter than their coordinated outfits and synchronized choreography.

While most artists would perform only a handful of new tracks, Farrell and company took a large majority of their set, which ran for just under an hour and a half, to play through Kind Heaven in its entirety. Songs like “(Red, White, And Blue) Cheerfulness” and “Pirate Punk Politician” were natural highlights while tracks like “Snakes Have Many Hips”, “Spend The Body”, and “Machine Girl” brought an organic feeling of sophistication and artistry. It was a bold move, but whether you enjoyed Kind Heaven or not, the live performance certainly brought a rich sense of life to the music. This is an album that was meant to be performed live. 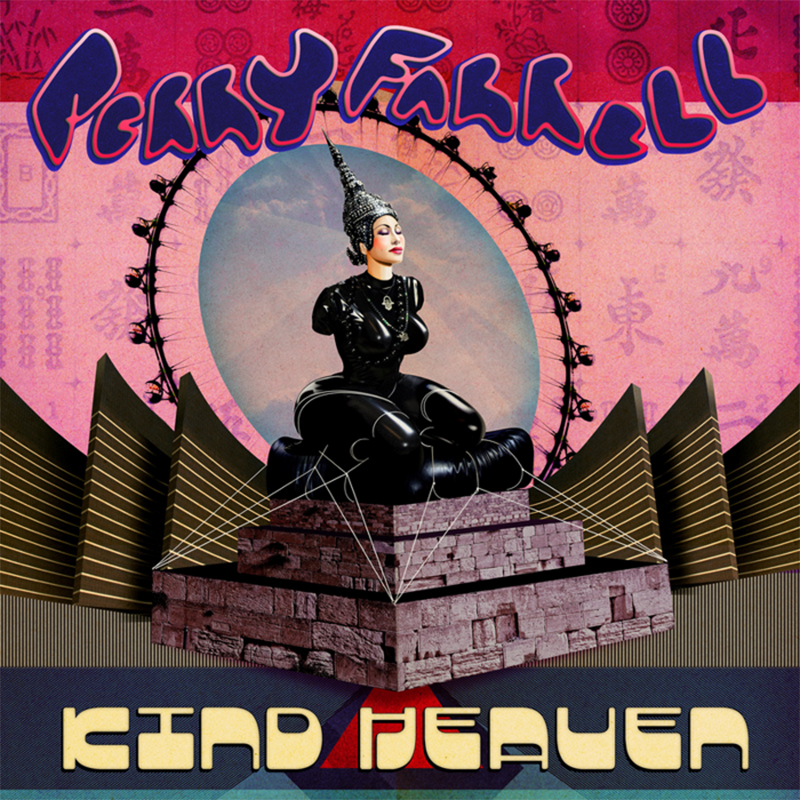 Throughout the set, Farrell sprinkled an assortment of his own hits from his eclectic and highly influential career which were definite show stoppers. The first took shape in the Porno For Pyros’ hit, “Pets”, followed shortly after by “Tahitian Moon”. Surprisingly, the band dove into a cover of Tom Petty’s “I Need To Know” as an excited Farrell exclaimed, “it’s a bit of a mod song for a mod club”. The most exciting moments, however were when the band dug deep into three Jane’s Addiction tracks. The first two, “Jane Says” and “Been Caught Stealing”, fit perfectly with the funky, jazzy, alternative vibe of the show as Farrell danced across the length of the stage with the band making slight adjustments to the arrangements to even better suit the show. For the finale of the night, and it was grand, Chaney kicked off the iconic bass line to “Mountain Song” with a shirtless Farrell belting the track just as he’s done since ’88. While most of the set seemed to take a step away from the heavier numbers, I was expecting Farrell to bust out something a bit softer like “Classic Girl”, “Summertime Rolls”, or even “Three Days”; however, the hard hitting conclusion to the set was not only more than welcomed, it left the audience singing along every line and cheering louder than any other point in the show.

As Farrell and The Kind Heaven Orchestra head into the European leg of their tour, it is safe to say that they concluded their North American tour with a strong performance. Where Kind Heaven continued to see Farrell challenge the expectations, blending elements of rock, pop, jazz, funk, and electronic music together, it was good to see him bring the whole record to life on stage. This is something very few artists are willing to do and at his iconic status, Farrell very well could have just performed his hits back to back, but by simply refusing to do so, he has further established himself as an artist willing to follow whichever path he chooses – which, in its own way, is yet another means of pushing the boundaries as to how his art is presented to the world. As he continues to reinvent himself, Farrell’s performance leaves me excited for his next move and next evolution as an artist, whether it be with Jane’s Addiction, The Kind Heaven Orchestra, or something entirely new.

A passion for music has always been a part of Gerrod’s life. As a young boy, he was raised on a steady diet of the music from The Chili Peppers, Aerosmith, The Stones, Prince, and others from his mum. Raised in the GTA, Gerrod continued to foster his love for music by attending a wide range of concerts and learning the drums. His unapologetic passion for music has no bounds and has spread to a wide variety of styles, whether it be the 90’s rock that sound tracked his teenage years, the jazz he studied in university, or his newfound love for hip-hop. He recently received his bachelors in music and education from York University and is passionate about writing and reviewing good (and less than good) music. Gerrod is also the drummer and songwriter for a Toronto based rock & roll band, One In The Chamber.
RELATED ARTICLES
jane's addictionlive reviewperry farrell
7.0

by Gerrod Harris on January 22, 2021
Perry Farrell The Glitz; The Glamour Last Man Music Perry Farrell stands as the godfather of alternative rock. His contributions to popular music are undeniable, so much so, [...]
10

by SPILL NEWS on March 23, 2016
LOLLAPALOOZA REVEALS 2016 LINEUP FESTIVAL CELEBRATES ITS 25TH ANNIVERSARY WITH STELLAR ROSTER OF ARTISTS Chicago might just a future vacation destination for you once you check out the [...]